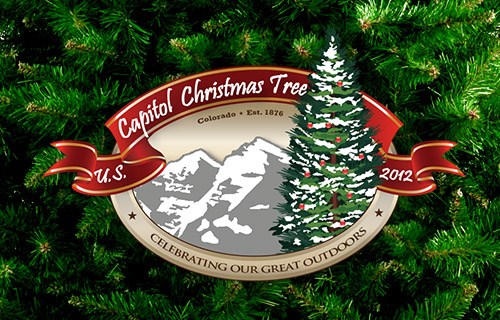 It’s no secret. Our love of the great North American outdoors starts at the very top of our organization, with KOA’s CEO and Chairman Jim Rogers. Because of Jim’s passion to partner with various public and private outdoor coalitions, in 2012 KOA got the amazing opportunity to help sponsor the journey of the U.S. Capitol Christmas Tree from Colorado to the U.S. Capitol Building in Washington, D.C.

This annual gift to Americans across the country began its hallowed tradition in 1964, with Speaker of the House John McCormack. The regular practice of displaying a Christmas tree on the Capitol Grounds is relatively recent. Correspondence of 1919 in the records of the Architect of the Capitol indicates that a Christmas tree was purchased that year. However, it was not until 1965 that a definite procedure was initiated and a tree-lighting ceremony established. From 1964-1967, decorations were placed on a live tree planted on the West Front lawn until damage required it be removed.

Colorado last received this honor back in 2000, and is proud to offer this gift to our nation in 2012. The birthplace of the 2012 “People’s Tree” is the 2.3 million acre White River National Forest, the number one forest for recreation in the U.S. located in central Colorado. The White River National Forest staff selected a handful of trees to contend for the honor, leading up to the final selection by the Architect of the Capitol, which took place in August. The selected Engelmann Spruce tree stands 73 feet tall.

On Friday, November 2, the 2012 U.S. Capitol Christmas Tree was harvested on the Blanco Ranger District of the White River National Forest near Meeker, Colorado. The tree was then wrapped and transported on a custom-decorated Mack Pinnacle model truck driven by former U.S. Senator, Ben Nighthorse Campbell.

From November 7-25, the Capitol Christmas Tree traveled more than 3,000 miles from Colorado to D.C., passing through 30 cities and towns. These stops allowed citizens from all across the U.S. to enjoy the tree, even if they cannot make it to the Capitol Building.

On November 26, the tree arrived in D.C. Upon arrival, the tree was placed on the west lawn of the U.S. Capitol and decorated with more than 5,000 ornaments handmade by Colorado children depicting the tree’s theme, “Celebrating the Great Outdoors.”

A Tree Lighting Ceremony was held in early December with Speaker of the House of Representatives, John Boehner. The Capitol Christmas Tree is now available for public viewing throughout the holiday season. The Tree is lit nightly from dusk until 11 p.m.

This year’s tree has been chaperoned throughout the year by U.S. Forest Service representatives from White River National Forest in Colorado, and outdoor recreation, tourism and conservation organization Choose Outdoors — with national offices in Washington, D.C. and Pine, Colorado.

For more information on the 2012 U.S. Capitol Christmas Tree and to see the tree’s route, visit www.CapitolChristmasTree2012.com.