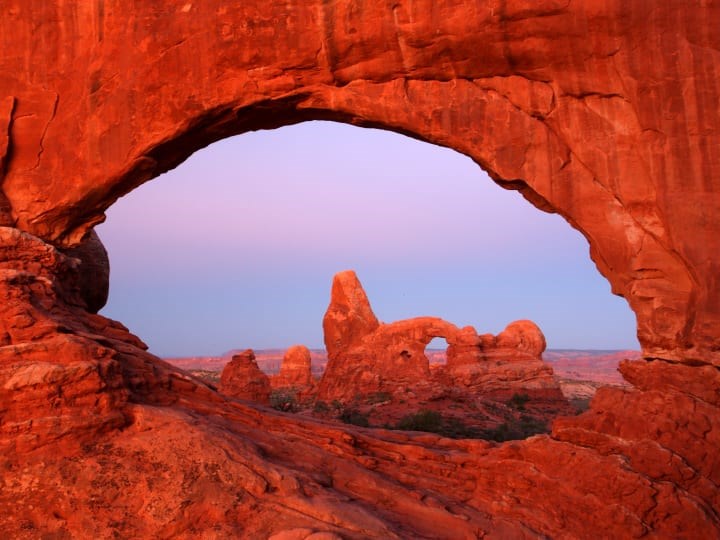 There is perhaps no better way to enjoy the great outdoors than to take a trip to a national park. Often considered our greatest national treasures, national parks in the United States and Canada are federally protected from development, meaning their natural beauty will be there for future generations to enjoy. Between the U.S. and Canada, there are more than 100 national parks just waiting to be explored. To be recognized as a national park is to already be among the most impressive places in the country, so beautiful scenery comes with the territory. Still, a few stand out as the cream of the crop. Here are 10 of the most scenic national parks in the U.S. and Canada, along with the closest KOA campground to serve as a base camp for your adventure.

Acadia National Park is known as the “Crown Jewel of the North Atlantic Coast,” and one look at its 47,000 acres will show you exactly why. Most of Acadia is situated on Mount Desert Island, where you’ll find unparalleled paddling and rock climbing. It’s also a perfect spot to go tidepooling and see what’s just beneath the ocean’s surface. This park is beautiful year-round, but it’s truly at its peak during leaf-peeping season in the fall.

The park where Edward Abbey worked as a ranger (and where his iconic book Desert Solitaire takes place) is practically synonymous with the American Southwest. High atop the Colorado Plateau, Arches National Park gets you up-close and personal with otherworldly arches and enticing slot canyons. As a bonus, Arches is a short drive from Canyonlands National Park, so you can check out another of the most stunning vistas in Utah as part of your trip.

Where to stay: Moab KOA Holiday

Situated at the very tip of its namesake peninsula in Lake Huron’s Georgian Bay, Bruce Peninsula National Park is home to the famous Grotto, which practically begs to be explored. (You’ll need to reserve a parking permit to see the incredibly blue pool in the Grotto during the busy season.) The park also features top-notch bouldering at Halfway Log Dump and hiking through the dunes at Singing Sands.

Where to stay: Owen Sound KOA

It’s impossible to overstate the beauty of the Grand Canyon—it’s truly one of those sights you can’t comprehend until you’ve seen it in person. Grand Canyon National Park is one of America’s most beloved parks, and it’s filled with opportunities for adventure. Whether you’re riding the mules down to Phantom Ranch, hiking the Bright Angel Trail, or learning history and geology at the South Rim, you’ll find any trip to the Grand Canyon is an unforgettable one.

The Teton skyline is symbolic of the Rocky Mountains. The imposing and aptly named Grand Teton, resembling a mini Matterhorn, is the site of a great deal of mountaineering history, and the rest of Grand Teton National Park lives up to the hype, too. Those so inclined can do some technical rock climbing, but the park is just as thrilling for those who prefer to hike the trails (like the Garnet Canyon Trail) or paddle around Jenny Lake, which has arguably one of the best views in the Lower 48. The park is also justly famous for its wildlife spotting, as it’s home to bears, bison, moose, elk, and pronghorn.

Ready to get away from it all? Jasper National Park is the place to be—it’s so far from the light pollution of the big city that it’s an International Dark Sky Preserve (the second-largest on the planet), so there’s ample stargazing to be had. There’s plenty to do while the sun is up, too, like hiking on the shores of Maligne Lake or to the toe of the Athabasca Glacier. Jasper is less than four hours from Banff National Park, so you can check out two of Canada’s best parks in one trip.

There’s more than meets the eye in the tiny fishing town of Seward. This little gem on Alaska’s Kenai Peninsula is surrounded by jagged peaks and calving glaciers, and there’s no better place to see both than by exploring Kenai Fjords National Park. The park is accessible by car—it’s a four-mile hike up to get a view of the 700-square-mile Harding Icefield, or take a shorter hike to the toe of the Exit Glacier. Feeling adventurous? Take a boat tour out to see some of the park’s other glaciers as they break into the sea.

Where to stay: Seward KOA Journey

There’s something awe-inspiring about seeing biomes come together, and Olympic National Park has plenty of them—from rugged peaks to the Hoh Rainforest to the 70 miles of coastline on the Pacific Ocean. Located on Washington State’s Olympic Peninsula (across the sound from Seattle), the park features more than a million acres of wild country to explore. Hikers will never run out of rivers to tromp alongside, like the scenic Elwha River Trail. Explore the 7,965-foot tall Mount Olympus or other high-altitude adventures. You’ll never run out of places to see here.

Home to 14,259-foot Longs Peak—not to mention countless other named peaks, more than 300 miles of hiking trails, and dozens of alpine lakes, Rocky Mountain National Park is the perfect introduction to what makes Colorado special. Take a drive over Trail Ridge Road (which crests at over 12,000 feet above sea level) to check out the fragile alpine ecosystem, or visit in the fall, when you can catch the elk rut at its peak.

America’s first national park is also one of its most scenic. The boundaries of Yellowstone National Park encompass around 3,500 square miles in Wyoming and Montana. The park is filled with natural geysers like the famous Old Faithful, colorful hot springs like Mammoth and Grand Prismatic, and, of course, bison galore. Whether you’re up for a paddle around Yellowstone Lake, or a hike in the Lamar Valley, you’ll have a quintessential national park experience at Yellowstone.

Written by Emma Walker for Matcha in partnership with Kampgrounds of America. 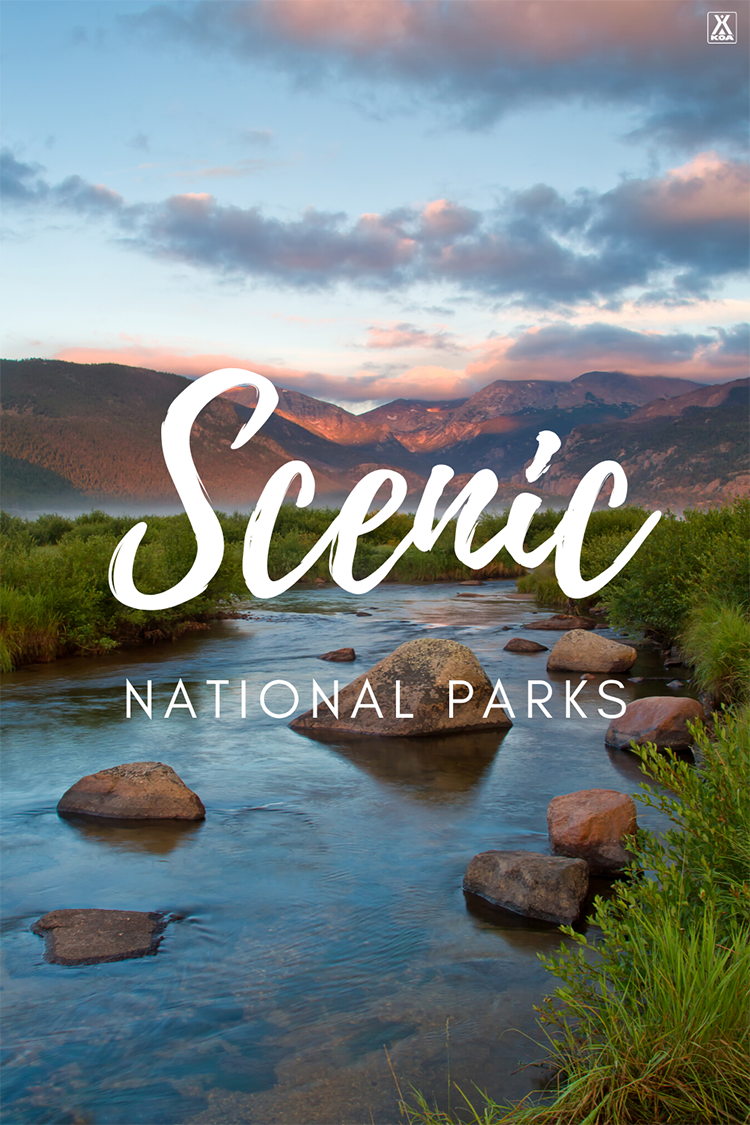