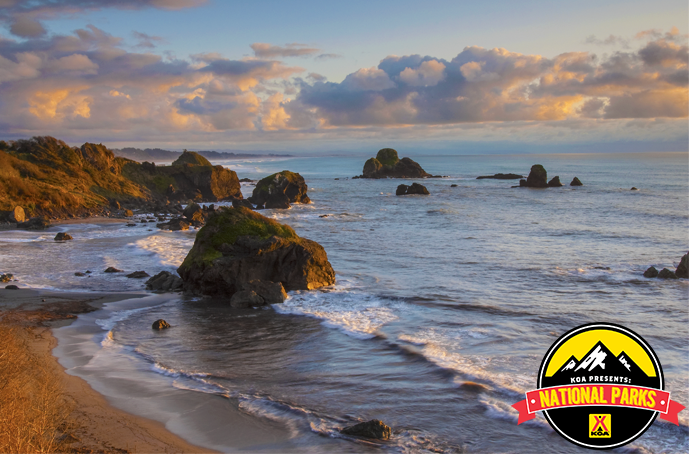 The scenic, coastal beauty of famed Highway 1 provides the perfect ocean-swept backdrop for a dream vacation tour of Northern California.

If you seek environmental immersion—an exploration of wave-swept coves, a drive past poppy-dotted hillsides, a stroll beneath trees that rise like exclamation points along the trail—then you can’t beat a land cruise through northern California. And you can launch from a campground (and full-service lodge) that emphasizes a commitment to preserving and celebrating its surroundings. At Santa Cruz North / Costanoa KOA, roughly 50 miles south of San Francisco along the coast, the on-site activities director can point you toward everything from birdwatching and stargazing opportunities to hikes past wildflowers and elephant seals. 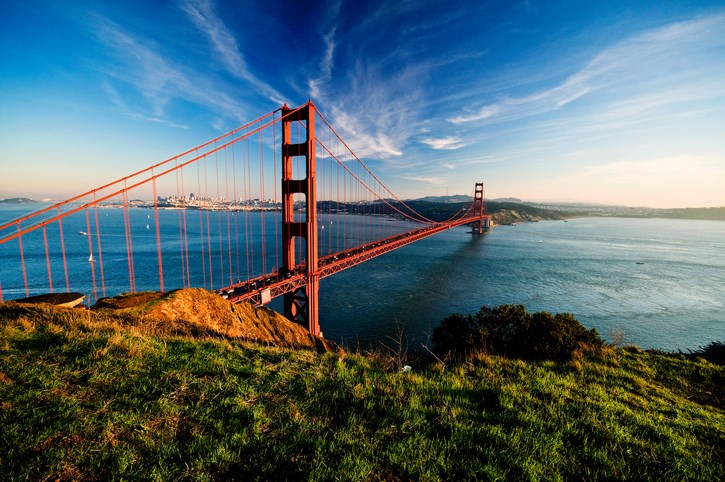 Then journey up the coast, along Highway 1, that legendary meeting of land and sea. Follow it right into San Francisco and Golden Gate Park, an urban oasis where there are abundant opportunities to educate yourself about the natural world—from the San Francisco Botanical Garden and the Conservatory of Flowers to the California Academy of Sciences, which features an aquarium, planetarium, and natural history museum. From nature-made wonders, head toward a man-made one—rumbling over the iconic Golden Gate Bridge. 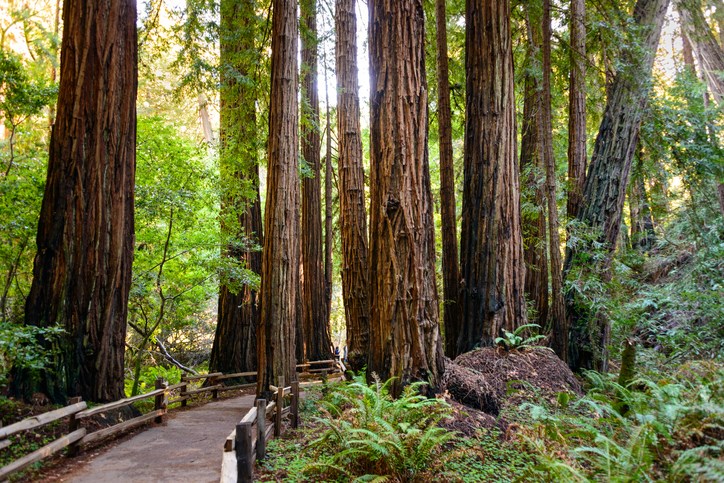 Now you’re in for a treat—the superlative scenery of Marin County. Muir Woods National Monument, just 12 miles north of San Francisco, offers six miles of paved or boardwalk trails through old-growth coast redwoods. Farther north, Point Reyes National Seashore is a triangular peninsula jutting squarely into the ocean. Roam the bluffs, lagoons, and forests. Enjoy the otters and ospreys (not to mention the delicious oysters). Then you can make your way inland, resting up at San Francisco North / Petaluma KOA. 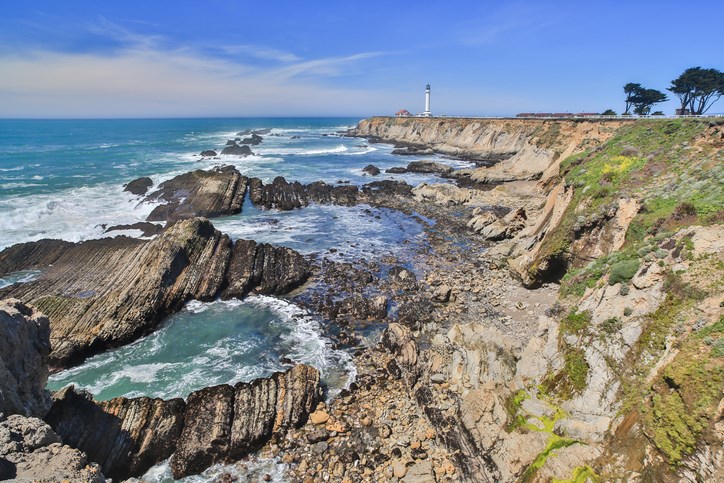 Continue north through Sonoma County, world famous for its wineries and its coastal drive. But don’t miss a chance to enjoy an afternoon canoeing along the Russian River. You’ll have several campground options offering California calm. Along Highway 101, campsites at Cloverdale / Healdsburg KOA overlook the beautiful Alexander Valley, and Willits KOA Holiday is set among scenic rolling hills. Or, along Highway 1, Manchester Beach / Mendocino Coast KOA has an access trail to the ocean. You can’t go wrong.

Now head right into the heart of the redwoods—Humboldt County, which contains over 40 percent of all remaining old-growth Coast Redwood forests. Just after entering the county, you’ll reach Benbow KOA, which boasts not only a riverside setting, but also the opportunity to take a short walk to Benbow Historic Inn and its fine dining menu. The next day, you might opt to drop some putts at the campground’s nine-hole golf course. Then prepare for your jaw to drop because you’re heading toward a 32-mile section of old Highway 101 that winds along the scenic Eel River and past sky-piercing trees. It’s just too majestic to be known simply as State Route 254 through Humboldt Redwoods State Park. No, it’s Avenue of the Giants, an enormously magical experience. Humboldt is most certainly humbling. 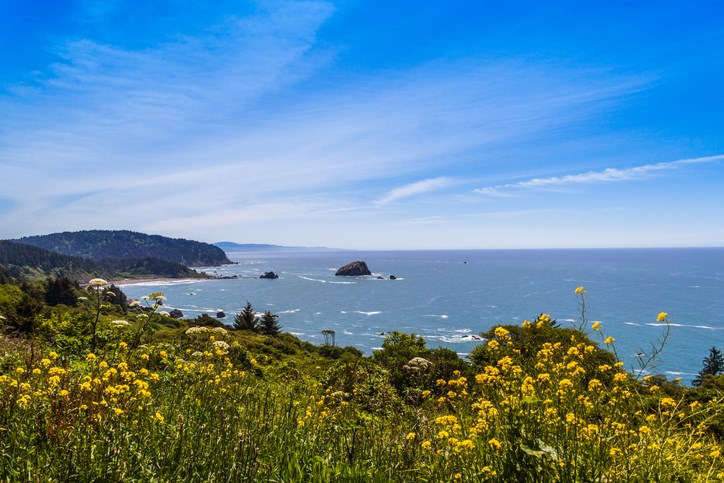 Finally, you can return to Highway 101 and make your way toward the city of Eureka. You can wander around Old Town Eureka, or detour to the charming Victorian community of Ferndale, or head for the wetlands and dunes of Humboldt Bay National Wildlife Refuge. This region of California has been called the Lost Coast. You’ll find it enchanting.

OWNER’S TIP: “Visit us in the springtime, and you can opt for a real treat—kayaking with migrating gray whales. Just 15 minutes south of us at Davenport Landing, you need only to paddle a few hundred yards offshore to see these special creatures. There’s even a spotter on the nearby cliffs, who will be in radio contact with your guide, thus maximizing the experience.” – Tom Reynolds, Santa Cruz North/Costanoa KOA

ALONG THE WAY… Don’t miss the Charles M. Schulz Museum in Santa Rosa. You’ll know it by the Charlie Brown statue in front and Lucy’s “Psychiatric Help 5 Cents” booth as you walk in. You’ll enjoy the exhibits about the cartoonist’s life and his beloved creations, as well as a mural consisting of 3,598 ceramic tiles re-creating ten years of “Peanuts” comic strips. Combined, they form a large image: Lucy holding a football for poor Charlie Brown. 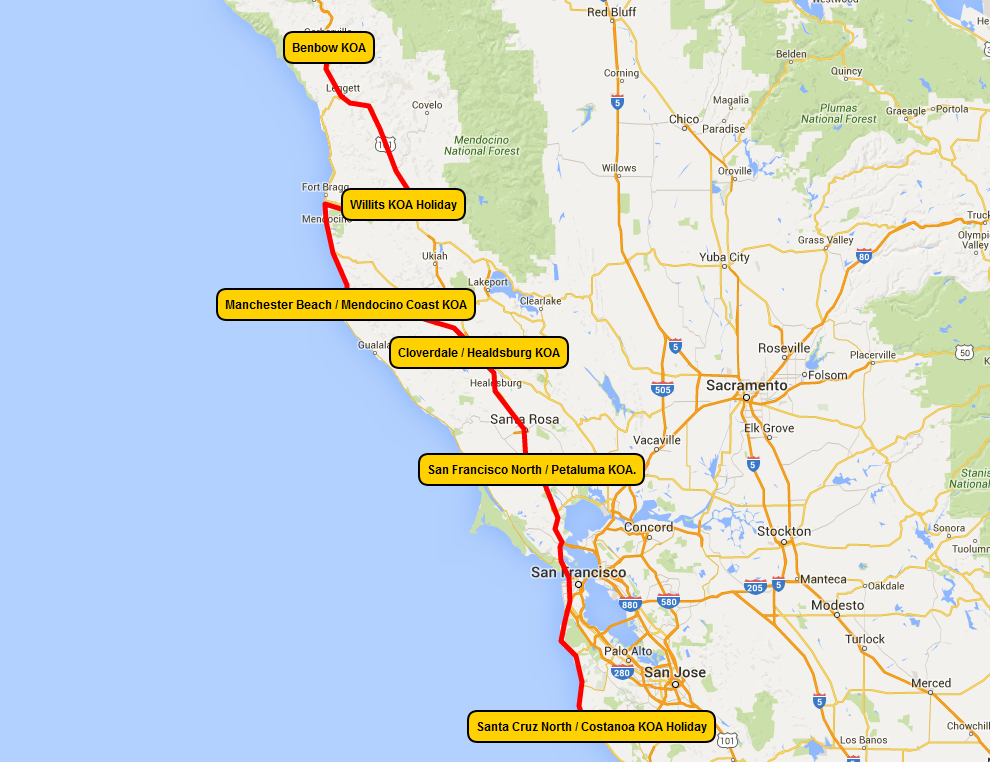