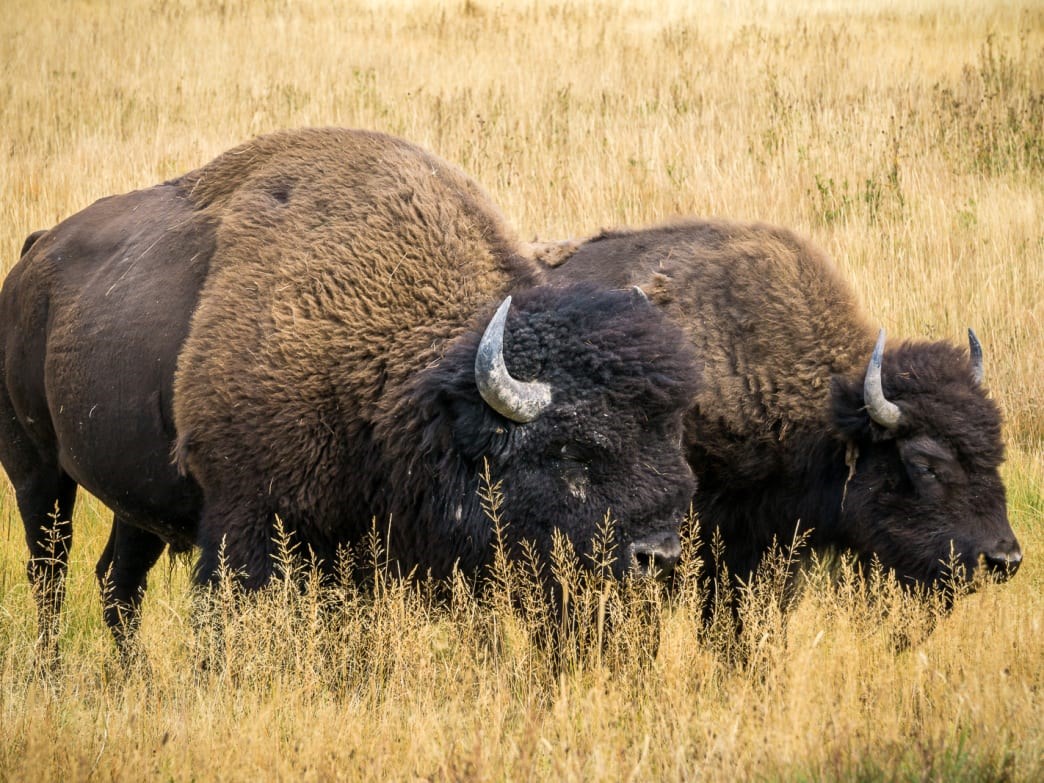 The massively varied ecosystems and habitats across the United States are home to nearly 500 different species of mammals, including charismatic megafauna like grizzly bears, elk, bison, moose, wolves, and caribou. Reptiles and amphibians range from lizards the size of a thumbnail to alligators weighing up to 500 pounds. Dozens of species of birds of prey make their home in the U.S., including hawks, falcons, eagles, and vultures. No matter what kind of wildlife-viewing vacation you’re after, there’s a destination for you.

Here are the best places to visit if you want a chance to see wildlife as well as which animals you can expect to see when you get there.

Yellowstone National Park is home to 67 species of mammals—the highest concentration in the Lower 48. Visitors to Lamar Valley and the surrounding area can expect to see elk, bison, pronghorn, mule deer, and potentially grizzly bears, black bears, and even wolves if they time it right. The Lamar Valley wolf pack makes its home right in the valley and can often be spotted through high-powered scopes early in the morning. Keep an eye out for circling ravens, as it might be signs of a carcass where the apex predators gather to feed.

The Atchafalaya Basin is the largest river swamp in the United States. It is home to turtles, alligators, birds, cypress trees, and backwater lakes throughout its nearly one million acres. This incredible natural habitat is critical as an ecosystem, with its warm, year-round climate providing for lush, diverse flora and fauna. Boat tours take you through cypress groves and across open swampland with up-close viewings of the alligators drifting through the calm water. More information about the Atchafalaya Wildlife Refuge and the region can be found here.

More than 30 marine species, including orcas, dolphins, and sea lions, inhabit the waters near Santa Barbara. The water here is rich in nutrients and makes it prime for two seasons of whale watching. Thousands of Pacific gray whales migrate through the area each winter on their way to Baja to calve, and during the summer and into early fall, it’s possible to view humpback whales and blue whales as they pass through the Santa Barbara Channel. With the plethora of migratory species as well as year-round inhabitants, you’re pretty much guaranteed to see something.

The Seward / Kenai Fjords region of Alaska is rich in wildlife, from the land-based animals who call the jagged peaks home to migratory marine mammals. Tours to Kenai Fjords run from Seward for full and half-day opportunities to see whales breaching, mountain goats on the cliffs, and nesting puffins darting back and forth. While it’s possible to see wildlife at any time of the year in Alaska, summer is the best time to visit since daylight hours are exceptionally long and the weather is the most temperate.

Nearly 250 species of birds call this wildlife refuge home. This is one of the premier bird-watching areas in the U.S., with different types of birds to view during all four seasons. The refuge was created in the 1960s to provide protection and habitat for the plethora of migratory birds passing through this pristine space on Sanibel Island. Get your checklist ready and see all the types of birds you can find at the refuge.

Know Before You Go:

There are certain rules to be aware of when around wildlife. Be sure to follow them when you are on your viewing adventures to help ensure a fun time for you, your group, and the animals themselves. Here’s what you need to know:

Written by Matcha for Kampgrounds of America. 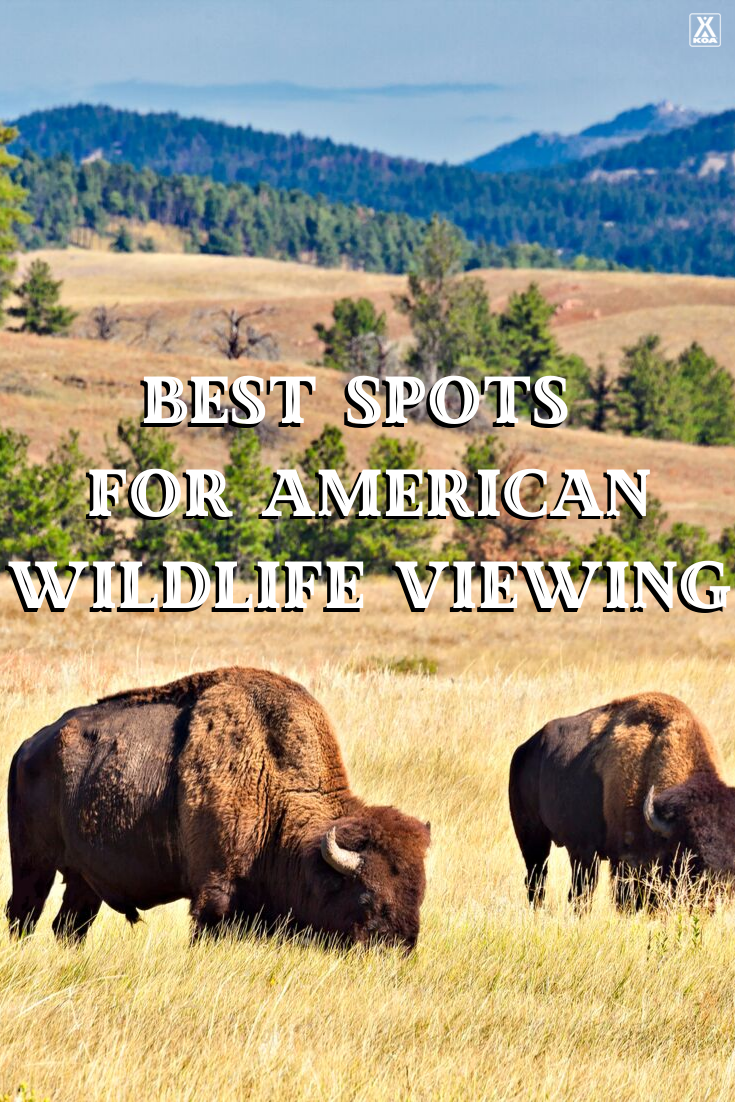