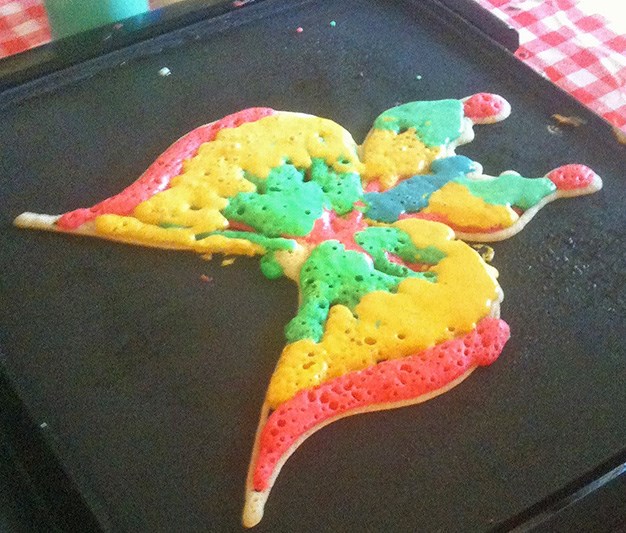 The crowd around the pancake griddle at the Bar Harbor/Oceanside KOA in Maine was a great wake-up surprise. KOA breakfasts are always fun, but this was like a party. I’ve never seen such amazing pancakes, each one a genuine work of rainbow-colored art in any image you could imagine. Anything! At the center of it all is the first pancake artist I’ve ever met who designs and griddles your heart’s desire.

And then you get to eat!

So one little girl got her wish for a pink “Hello Kitty” pancake. My choice was a remarkable butterfly with intricate, multi-colored wings. A spectacular red lobster ended up on my husband’s plate, so life-like I thought it might wiggle. Yes, even an Airstream trailer had been pancaked. I heard that it looked exactly like the campground’s silver beauty I had peeked inside when we arrived.

These one-of-a-kind pancakes are the handiwork of Jeff Goins, who along with his wife Gloria, manages this New England KOA that lets you camp just a few miles short of the entrance to Acadia National Park. Jeff ‘s background as an automotive engineer — and his talent as a portrait artist — may explain his ability to create these edible masterpieces. But it’s the easy-going friendliness of both Jeff and Gloria that you take away when, back at home, you remember those pancakes and wish you had a stack.

On this sunny — but gloriously crisp and cool — morning my husband and I had literally just come down from the mountain; in this case, Cadillac Mountain. At the very top, we had witnessed the first rays of light to touch down on America during a pink and yellow sunrise that belonged in a Johnny Depp movie. That meant we had to get up early and leave the comfort of our cute-as-a-button cabin with its screened-in porch nestled so close to the woods that a family of birds, sitting on nearby branches as I write this, may actually be reading over my shoulder.

We had skipped breakfast at 4 a.m. But after the sun came up several hours later, those unexpected pancakes back at our KOA home were our reward. Asked what other pancake people he’s done, Jeff talked about making a Justin Bieber portrait for one awestruck little girl. For somebody’s big brother, he pancaked a little sister complete with her horn-rimmed glasses. She was shy and a little startled by a breakfast plate that looked just like her. Mermaids and princesses are always in great demand, too. But the personal portraits and detailed cars, trucks, even RVs are in a class of their own.

The problem with starting off your camping day so well fed and artistically nourished is that there’s a real crunch to end it equally well. That’s why magical pancakes in the morning and a glorious view of the campground’s oceanside sunset at night are practically required at this KOA.

Jeff Grambs is a photographer with a website at GrambsPhoto.com and former broadcast news writer. 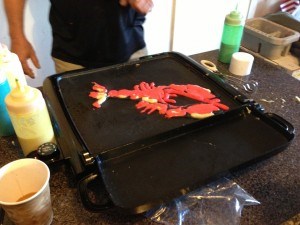 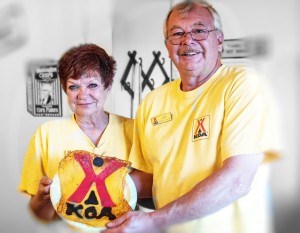