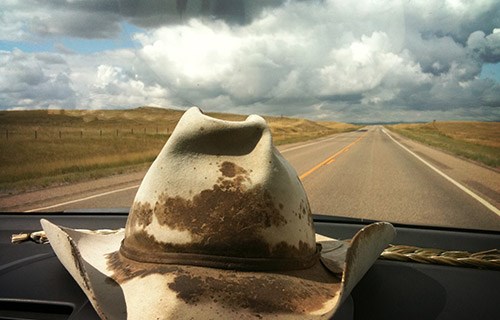 A town of about seventy people on the edge of South Dakota’s Badlands showed us how to celebrate America’s two hundred and thirty-sixth birthday. What my husband and I discovered there — after our 1,700-mile road trip from NYC — was a sense of community as American as apple pie and as refreshing as the cool breezes we craved during early July’s soaring temperatures.

Interior is a five-minute drive from the Badlands/White River KOA, which sits on the edges of Badlands National Park and the Pine Ridge Indian Reservation. This KOA is spectacularly close to the eons-old formations that surround Interior. Within the campground’s shaded borders, we became part of a band of travelers brought together by a variety of circumstances: an intense heat wave, wildfires in several neighboring states and a July 4th holiday like no other we’ve ever experienced.

I’m not sure how we found out about Independence Day in Interior.

Was it dinnertime chatter around the campground’s communal tables where authentic Indian Tacos are made-to-order nightly? Or did I overhear conversation in the tent village where we set up camp under a wooden overhang that creates a sort of pioneer encampment? Maybe we learned about Interior’s celebration from a next door neighbor when we sought refuge from the heat in an air conditioned camping cabin, cute and cool.

Each July Fourth activity would lead us to another: mid-day parade, rodeo, a community “feed,” and a fireworks grand finale at dusk. So having nothing special to do was not an option.

However the news traveled, when July 4th came, we were minutes from our KOA, nicely settled in tiny Interior and ready for the big parade. Everyone in town came out, if not to march or strut or play music, then to ride a horse or lawn mower, steer a cart pulled by miniature horses or just cheer from the sidelines. Children on homemade floats showered parade watchers with candy and necklaces. Onlookers waved and called each other by name. There were probably more people in the parade than watching. It was small town USA — as far away from big city life as we could get, and we loved it.

Next stop, the Frontier Days Rodeo, is one of the oldest in South Dakota and perhaps the only one set against the Badlands’ skyline. It was so different from the Manhattan backdrop of towering skyscrapers we’re used to seeing — filled with three hours of cowboys and cowgirls in western gear, bucking broncos and bull riding, corn dogs and soda pop, and an announcer whose mother “just got bit by a rattlesnake” but was apparently doing fine in Rapid City. One cowboy broke his arm; another hurt his already broken ribs. Everyone was happy, if a little bit sore.

The town’s potluck dinner was a community “feed” extraordinaire, an event we probably would have missed because of city-slicker shyness. But we were welcomed, fed, chatted up and pointed toward the homemade ice cream — even after our bellies were full.

The night’s finale was a magnificent fireworks display. Bursts of color and noisy eruptions of sounds and light formations oohed and awed us as we watched with newly-made friends who offered us viewing spots in front of their home.

We were never more than minutes from our Badlands KOA that July 4th night. Yet, we were worlds away from the city lifestyle we know and closer to home and community than we’ve been in a long time.

The moon had an orange glow. We slept well and awakened with the sun.

Exploring the park requires patience. It’s 240,000 acres of peaks, gullies, buttes and grasslands that will astonish you with their subtly changing colors as the sun moves across the sky. And it can be baking hot in the mid-afternoon of a summer day, as we discovered. You can spot bison, pronghorn sheep, mule deer, prairie dogs, black-footed ferrets, magpies, hawks and owls. Oh, and watch out for rattlesnakes!

South of the park, an hour’s drive from the KOA, is the Reservation town of Wounded Knee, site of the last conflict of the Indian wars. A hilltop cemetery has the mass grave of Chief Big Foot and some 150 of his Lakota Sioux followers killed on December 29, 1890, in an encounter with the 7th U.S. Cavalry.

Indian casualties got emergency care at the Holy Cross Episcopal mission in nearby Pine Ridge. The small white wooden structure survives in a new location outside Oglala, 20 miles north of Pine Ridge. It was moved there in 1924 after Pine Ridge got a new church. The sign reads “St. John Church” and startles us each time we see it. Nobody else is ever there. Is the church always alone? It is a haunting sight.

Explorations like these on a hot July day require a cool and relaxing finish, which is where the KOA comes in with its many shade trees and swimming pool. If you have a dog, the pet playground and shower is a happy canine destination and a place to refresh.

There’s a mysticism about the Badlands that stays with you as you travel. If, like us, your journey has unusual goals, you may find yourself in KOAs for all kinds of reasons. Maybe you’re going to Great Falls to search for the singing cowboy/celebrity look-alike you once knew or to Dillon’s KOA to return a worn Stetson graciously gifted by a rancher and his wife. Well, there are many stories. And many KOAs. This is ours. What’s yours?

Jeff Grambs is a photographer with a website at GrambsPhoto.com and former broadcast news writer.

Create Your Story at KOA 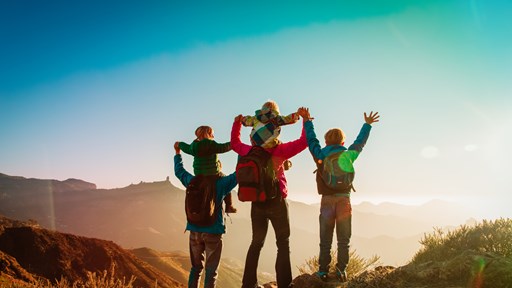 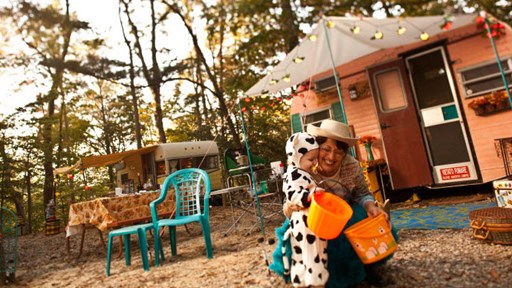 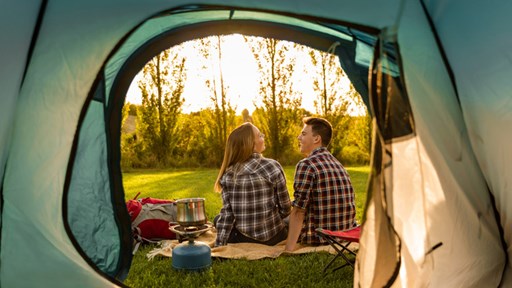