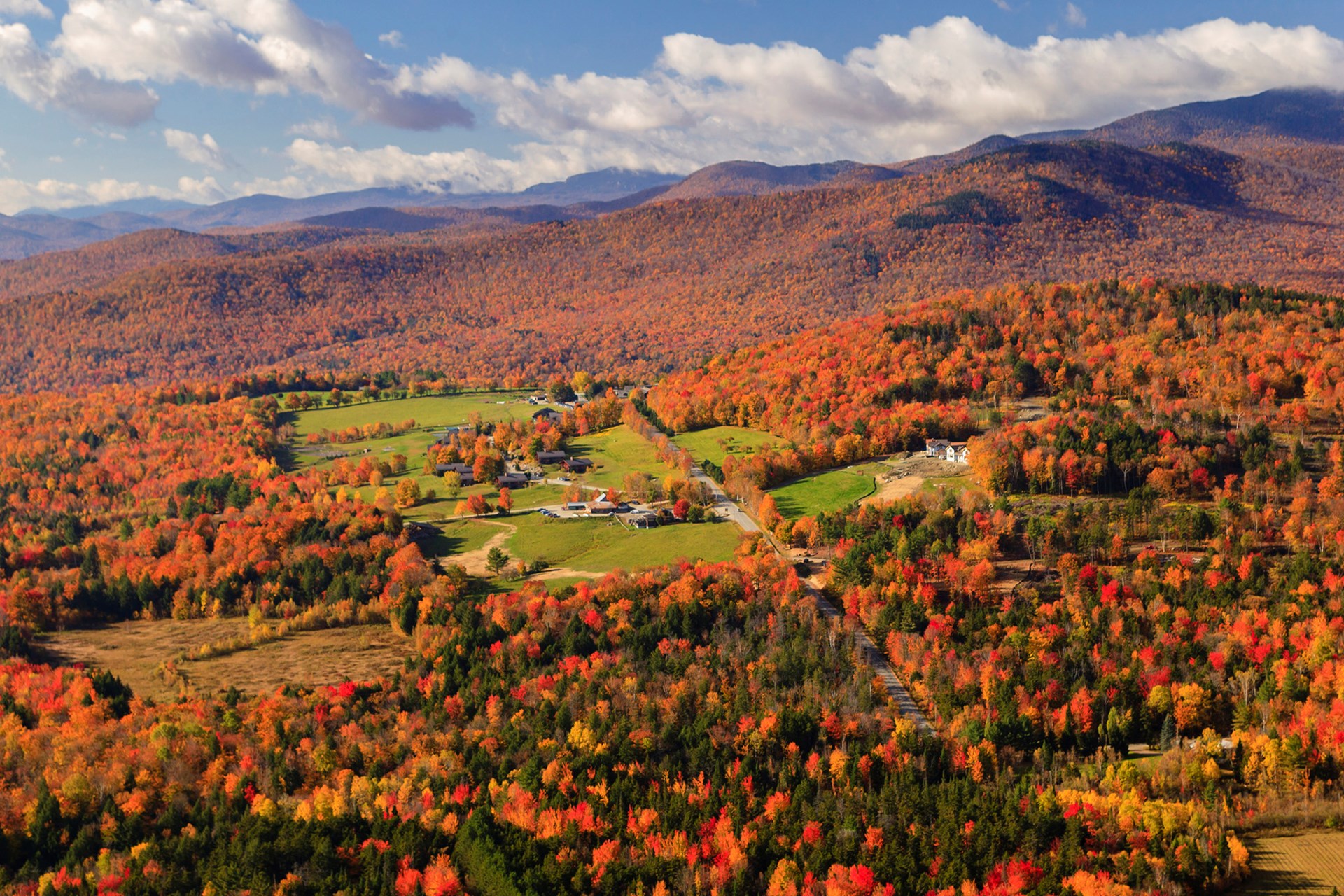 Many people do not consider the fall season when thinking about making their next Great American RV Road Trip. That’s a shame, because fall is a gorgeous time for adventuring! Plus, during the off-peak season, crowds are fewer and travel expenses and admissions fees are usually lower as well.

If the idea of less traffic, cooler weather, potentially lower prices, and fall foliage isn’t screaming your name, read on to learn more about some of our favorite destinations to visit in the September-October-November period.

Not only do they offer beautiful fall foliage (or significantly reduced crowds), but they also allow for the opportunity to see some other interesting attractions in the immediate area. We bet you’ll find some that you’ve never considered before, too. 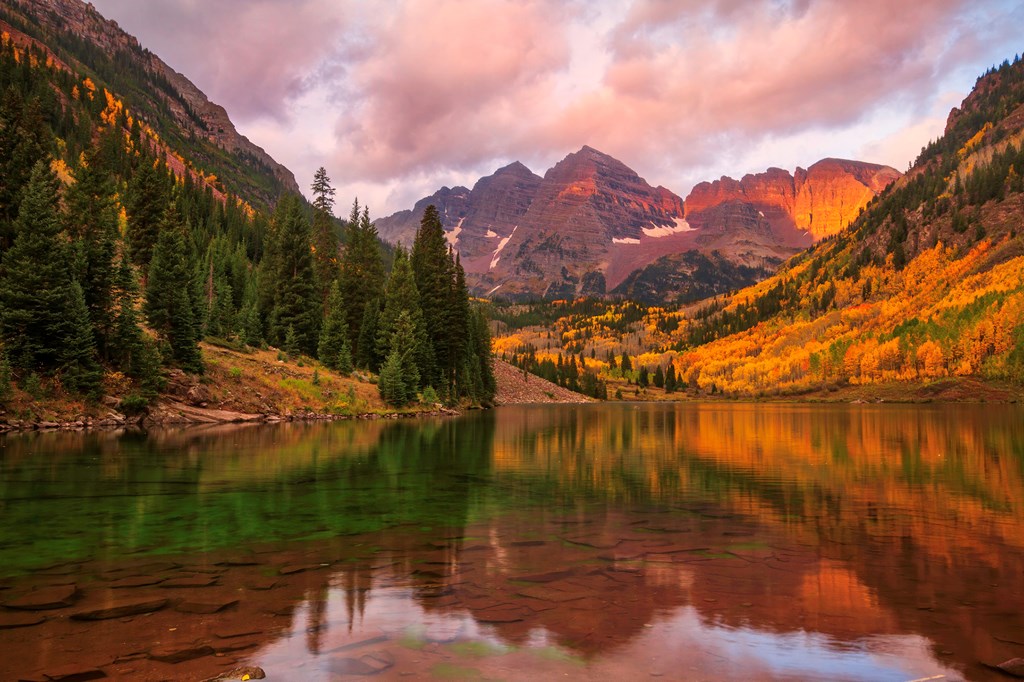 Aspen is a prime location to watch the colors change. From late September through early October, the area’s dense foliage turns orange, deep yellow, and auburn. 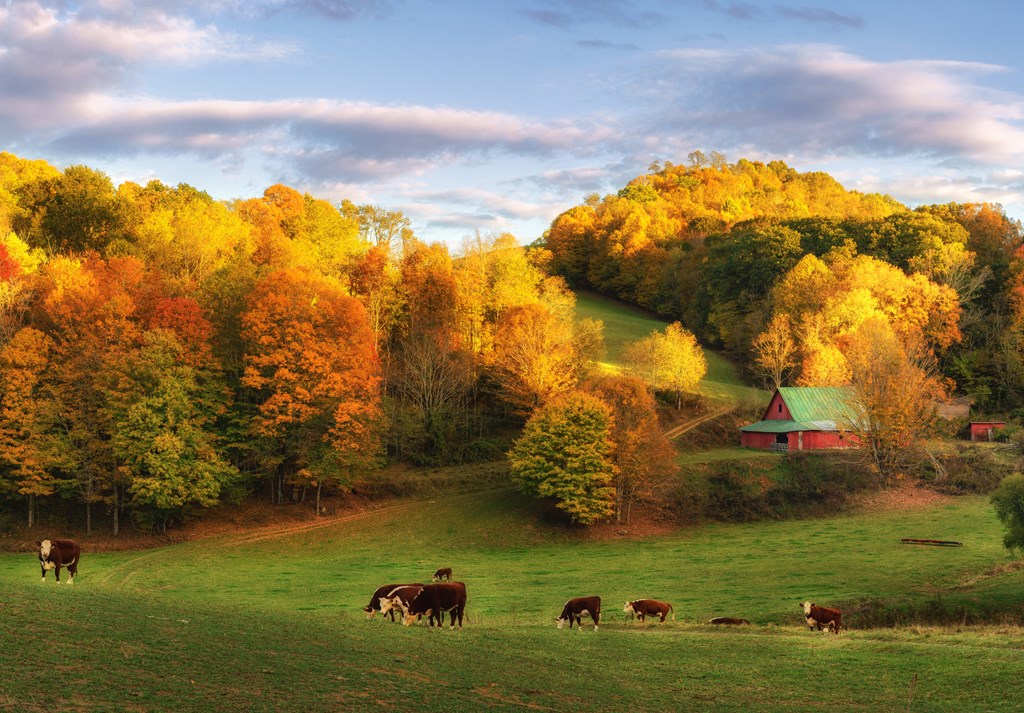 Named after American pioneer Daniel Boone, the town of Boone is the economic hub of the seven-county western North Carolina region known as the High Country. Boone is located in the famous Blue Ridge Mountains and has a population of about 20,000.

Boone is on the Blue Ridge Parkway, which runs through Virginia and North Carolina. This 469-mile-long road has long stretches with speed limits of 45 mph or less, letting you appreciate the mind-blowing mountain views and orange, gold and red explosions as the leaves change.

Fall color usually begins in the upper mountain areas around the first week in October and works its way down to lower areas by mid-November. These are the peak times for seeing the fall foliage, but really any time you visit here there is beauty to enjoy. 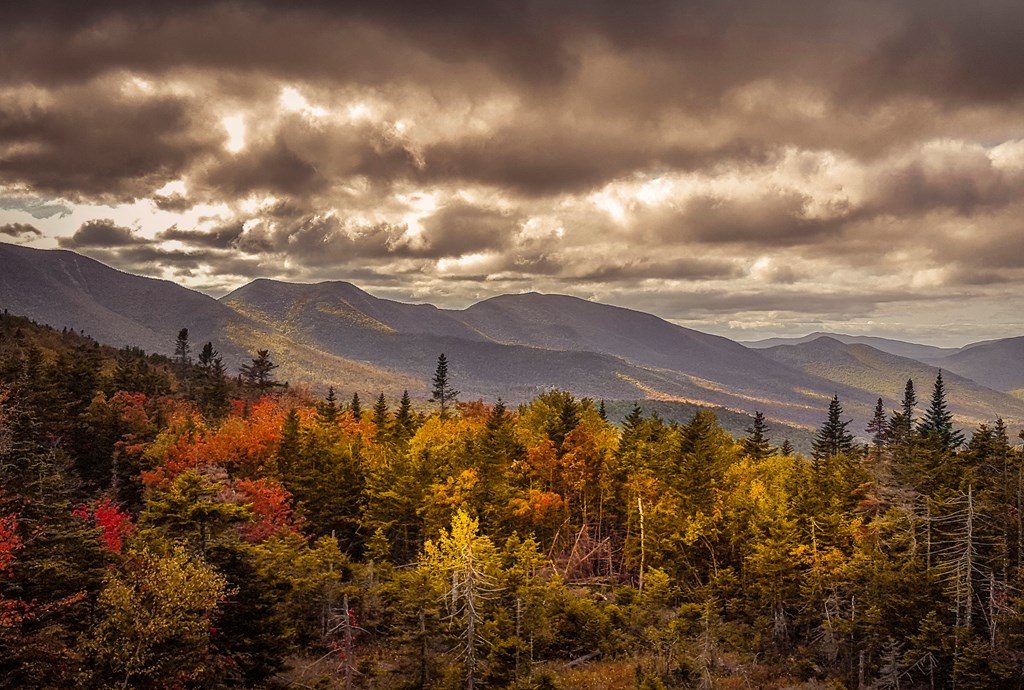 In the center of the White Mountain National Forest, Conway is the central commercial area for several surrounding counties. It is also the eastern terminus for State Highway 112, called the Kancamagus Scenic Byway.

Although the Byway only runs for 34 miles, it is one of the best drives to see fall foliage. The “Kanc,” as it’s known, is bursting with beech, birch, and maple trees. On average, the prime viewing season runs from late September through mid-October. 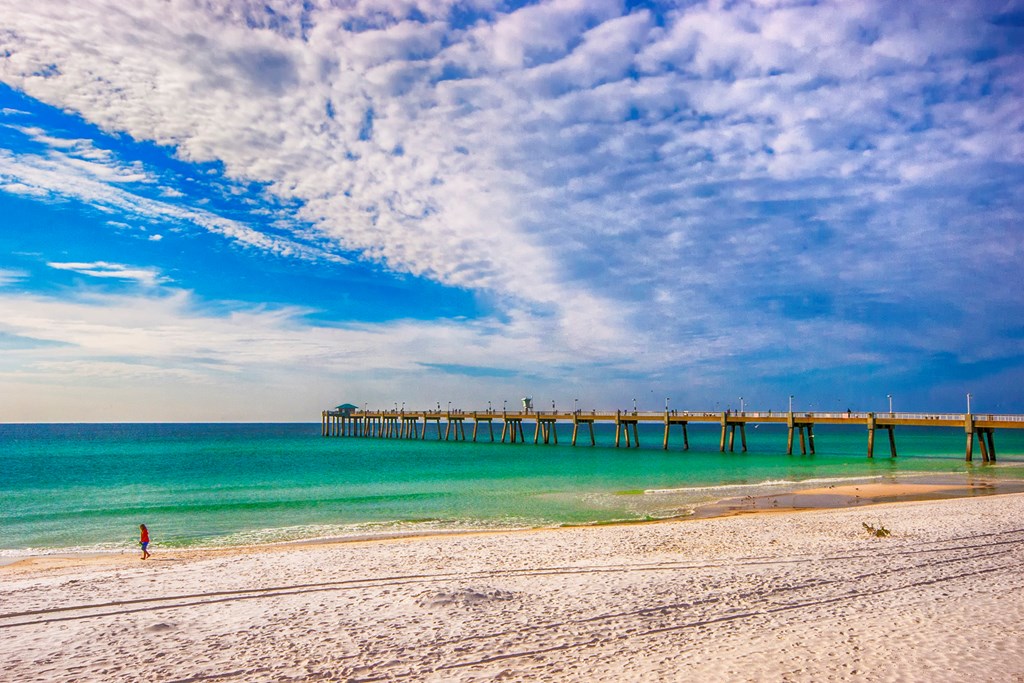 Who goes to the beach in the fall? Smart travelers, that’s who. During the fall, excellent beaches are often blissfully devoid of crowds and not as hot and humid (although still warm). Situated in the northwestern part of Florida on the Gulf of Mexico, Destin is known for its white sands and emerald green waters. 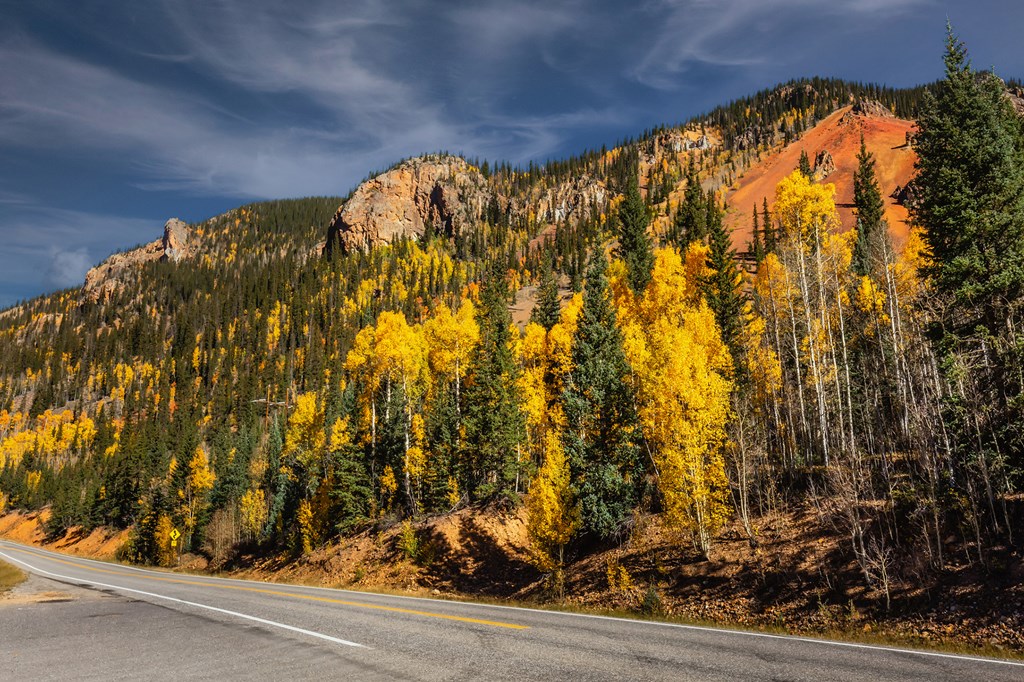 Durango was established as a railroad town in 1880 and today provides that small-town feeling thanks to its population of just 20,000. It is located on Colorado’s Million Dollar Highway (Route 550), which runs from Silverton to Ouray.

The Million Dollar Highway is a paved, two-lane road that climbs 2,000 feet from Silverton to its summit at Red Mountain Pass and then drops another 3,000 feet en route to Ouray. At 25 miles, it is not a long drive, but with its hairpin curves, steep climbs, and lack of guard rails, you will want to take it nice and slow – not just for safety, but also to be able to take in all the stunning views.

The aspen trees along much of Route 550 fade to a lovely golden hue, peaking around late early October. 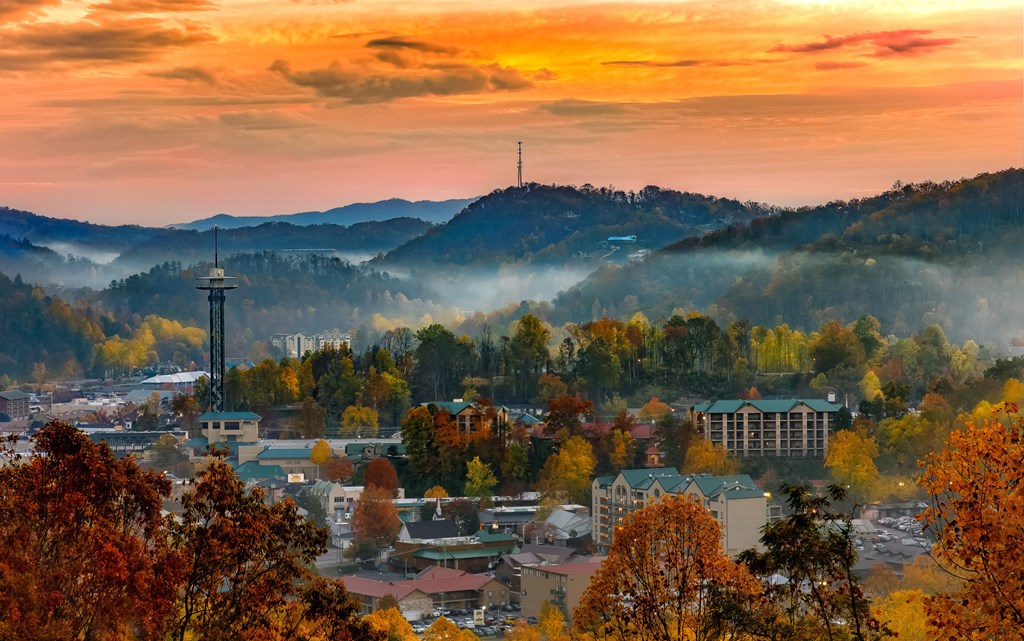 Gatlinburg’s 407-foot Space Needle is its most iconic landmark. You ride a glass elevator to the top for sweeping 360-degree views of the surrounding area. However, that’s not all there is to enjoy here. Every fall, Gatlinburg hosts the Smoky Mountain Harvest Festival, during which Gatlinburg businesses decorate their storefronts with yellows, oranges, and reds.

The notion that peak color season in the Great Smoky Mountains is in mid-October is a misconception. The colors of autumn light up the Smokies for seven weeks or more, moving from the peak elevations down to the foothills. The seven-week period generally runs from mid-September through the end of October. 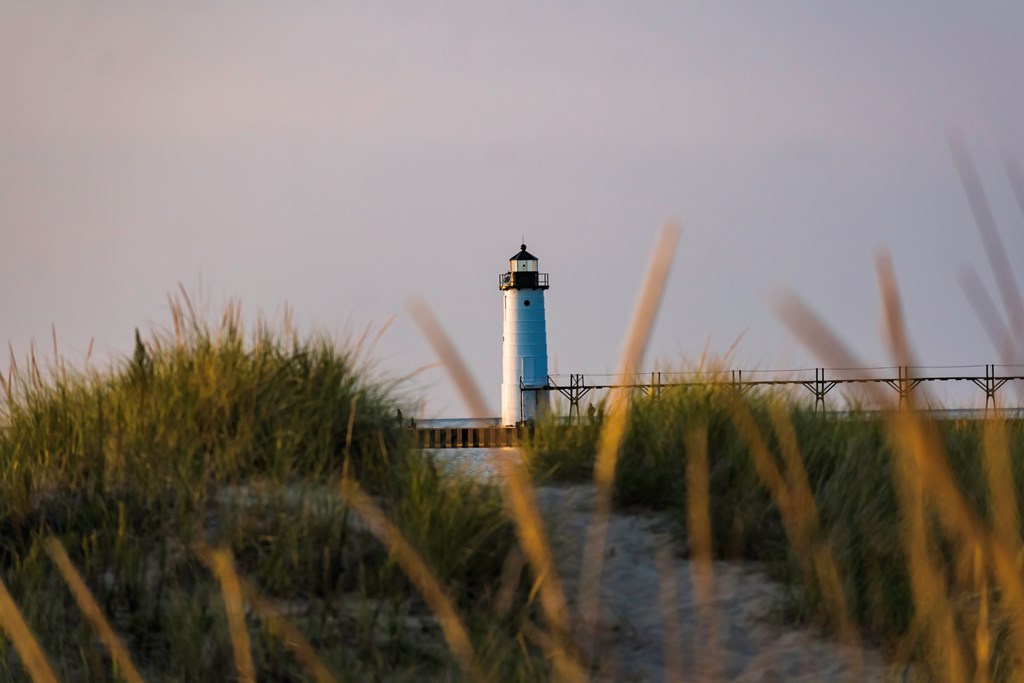 Harbor Springs sits in a sheltered bay on the north shore of Little Traverse Bay on Lake Michigan. Driving through the Tunnel of Trees (Highway 119) on Michigan’s Lower Peninsula, which begins in Harbor Springs, feels like something out of a dream.

Highway 119 winds for 20 miles along a bluff high above Lake Michigan. It travels through a lush forest that flames into bright shades of red and gold by late September. This area of the country is stunning and certainly worth visiting in your RV in the fall. 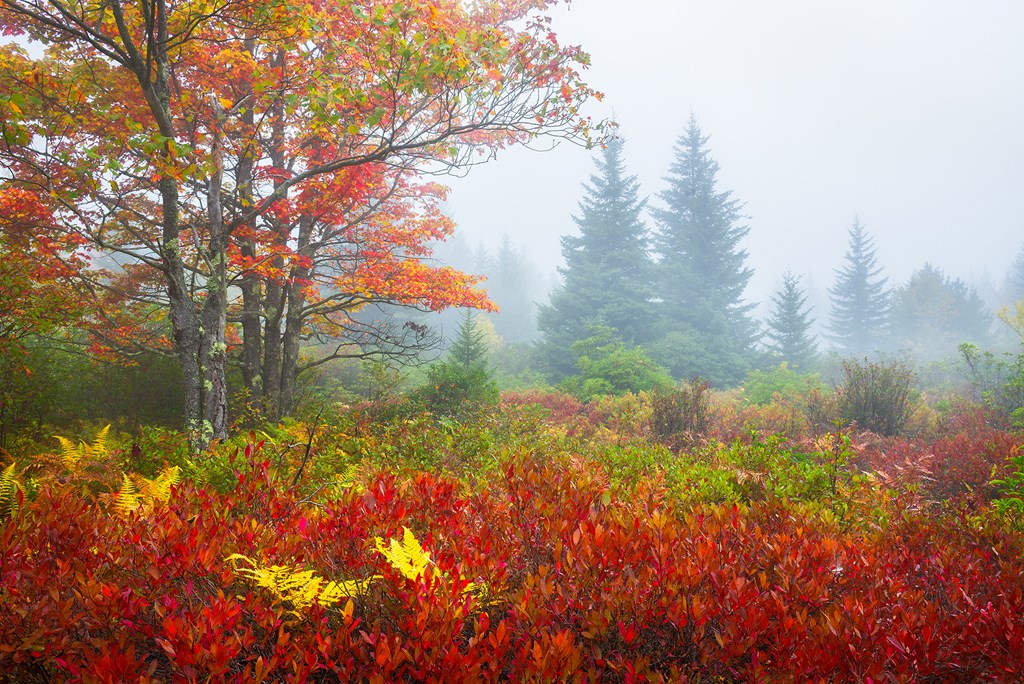 This two-lane byway runs through the Monongahela National Forest in southeast West Virginia for 43 miles. It begins in Richwood, extends along Route 39/150, and ends at Route 219, seven miles north of Marlinton.

You’ll find four scenic outlooks along the way with mesmerizing views of the Allegheny Highlands. The area becomes painted in red and orange colors by the end of September and on into mid-October. Just imagine the views from your RV window . . . 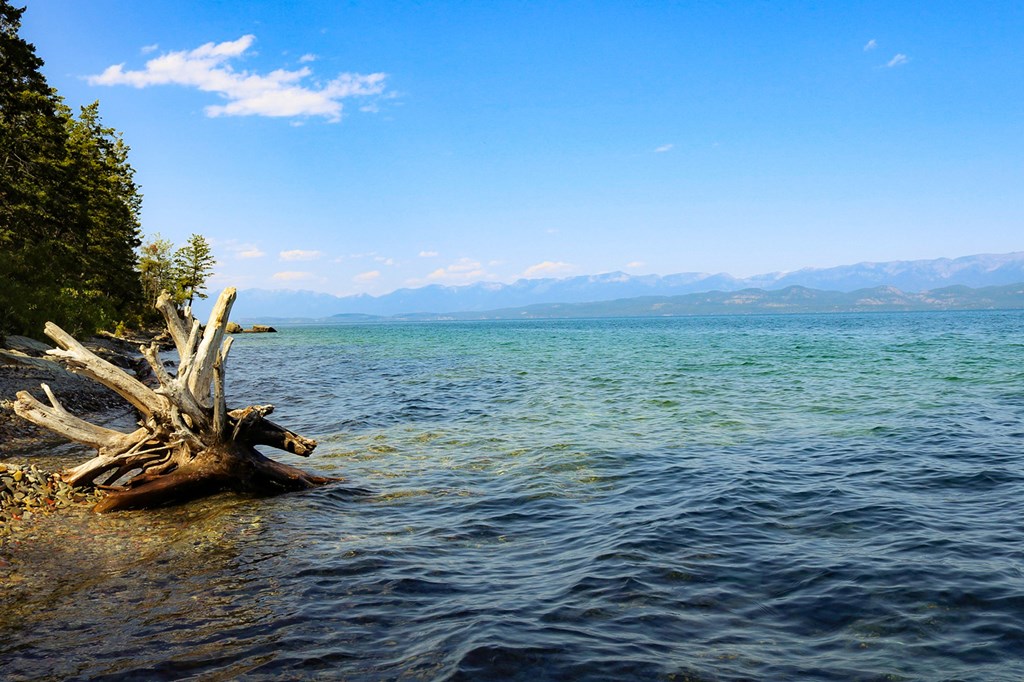 Kalispell is located in the Flathead Valley, 22 miles from Hungry Horse Dam. Here, area tribal schools offer classes in the Kalispell–Spokane–Flathead language. If hitting the greends is your idea of fun, the Buffalo Hill Golf Club, designed by Robert Muir Graves, is also nearby.

Seven miles outside Kalispell, Flathead Lake is the largest freshwater lake west of the Mississippi. Fall finds the lake awash in crimson and gold reflections along the shoreline. Drive around the entire lake or down Hwy 35 on the east side and into Flathead National Forest and the Jewel Basin to get the full effect. 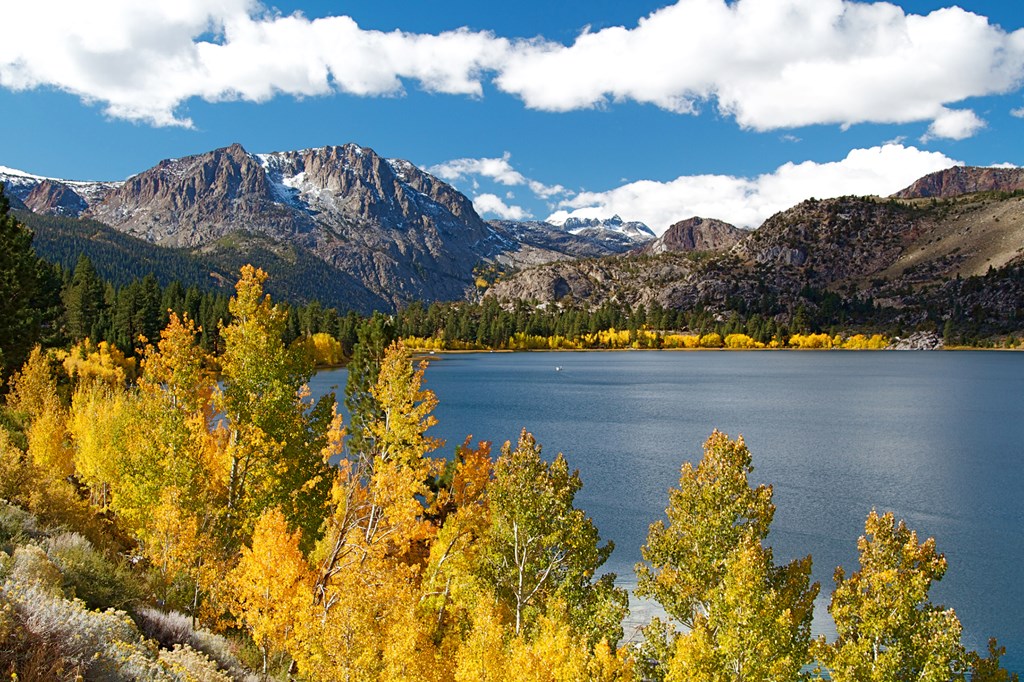 With only 7,500 residents, Mammoth Lakes is the only incorporated town in the immediate area. Located about 20 miles from the June Lake Loop, Mammoth Springs is California’s most popular ski resort in the winter months.

In an area already known for its eye-popping scenery, June Lake Loop manages to stand out. The roads here wind through the Eastern Sierra Mountains; the 16-mile route branches off Highway 395 to take you past four sparkling alpine lakes, several of California’s most scenic drives. Aspen trees along the route fade to yellow, gold, and lime green in the fall, peaking by mid-October.

Originally founded as a railroad town in 1896, Mena is the gateway to Arkansas’ most popular outdoor attractions, including the Queen Wilhemina State Park, Cossatot River, Lake Ouachita, and the Black Fork Mountain Wilderness.

The nearby Talimena Scenic Byway, a National Scenic Byway, is a winding, 54-mile drive through the Ouachita National Forest. The route erupts with gold, red, and orange colors in late October and early November. 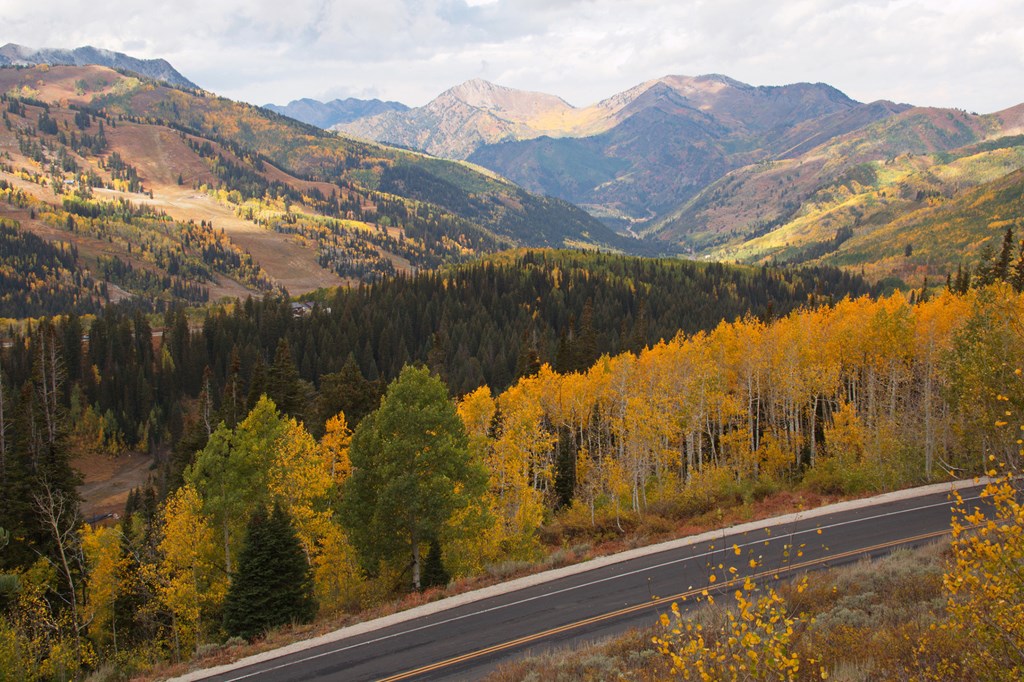 The mountains and canyons east of Salt Lake City are a favorite spot for watching fall foliage. Leaves here start turning at higher elevations in mid-September and the lower elevations begin by the end of September and last through mid-October. This peaceful part of the country is a must-see.

Spanish-moss-swathed oaks throughout Savannah make a fantastic backdrop for a visit any time of year. While you won’t see much in the way of changing leaves during the fall, you’ll still get to enjoy the Southern charm of this port city and its surrounding areas when the weather is more forgiving that the humid summers. 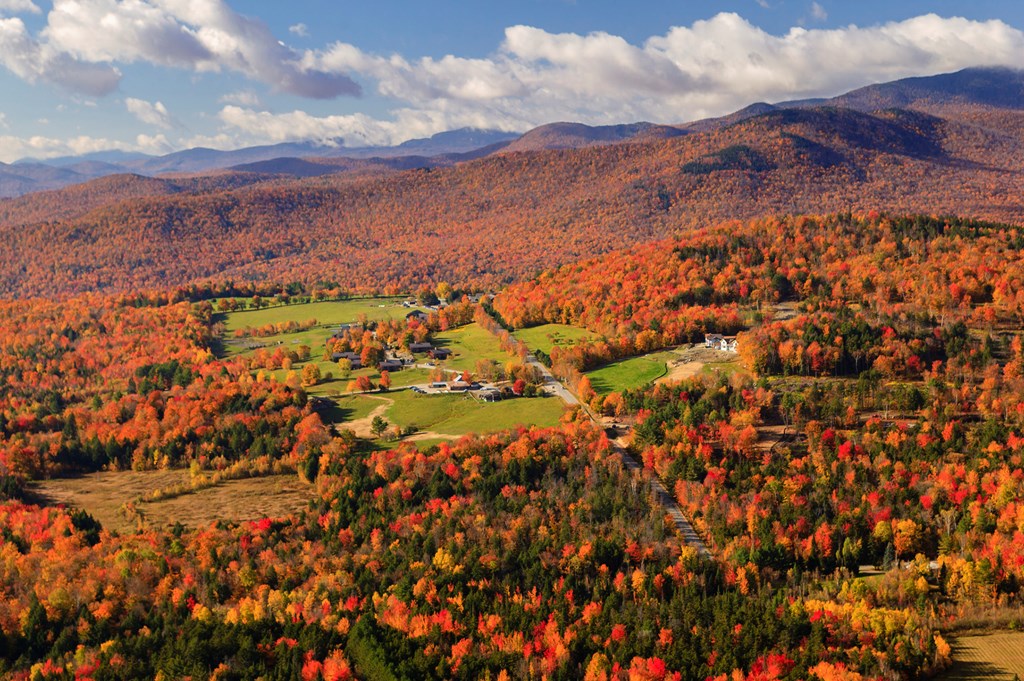 Stowe is a classic New England town at the base of Vermont’s highest peak, Mount Mansfield. It’s located on the 138-mile Vermont Route 100, one of the country’s toasting routes for what is referred to locally as “leaf-peeping.” The season runs from September through late October.

In addition to watching the colors change, fall means hiking numerous trails, fishing off Lake Champlain, and paddling down the Lamoille River. 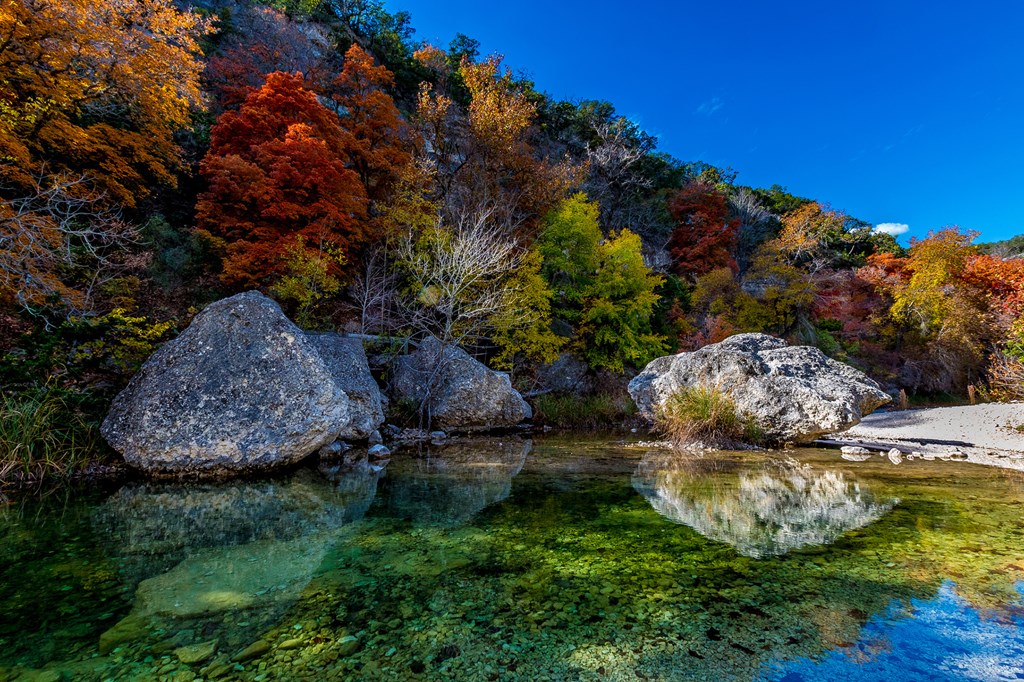 Vanderpool is an unincorporated community 10 miles North of Utopia, with fewer than 100 residents. Sheep, cattle, and goat ranching are what reign as popular here.

It’s home to the Hill Country has some of the best scenic views in all of Texas, including rolling hills, fields of bluebonnets, old oak trees, crystal-clear lakes, and rugged terrain. Many say the Lost Maples State Natural Area is the best place to see changing leaves in Texas, especially on the East Trail in late October through early November. We think that makes it worth a visit in your RV. 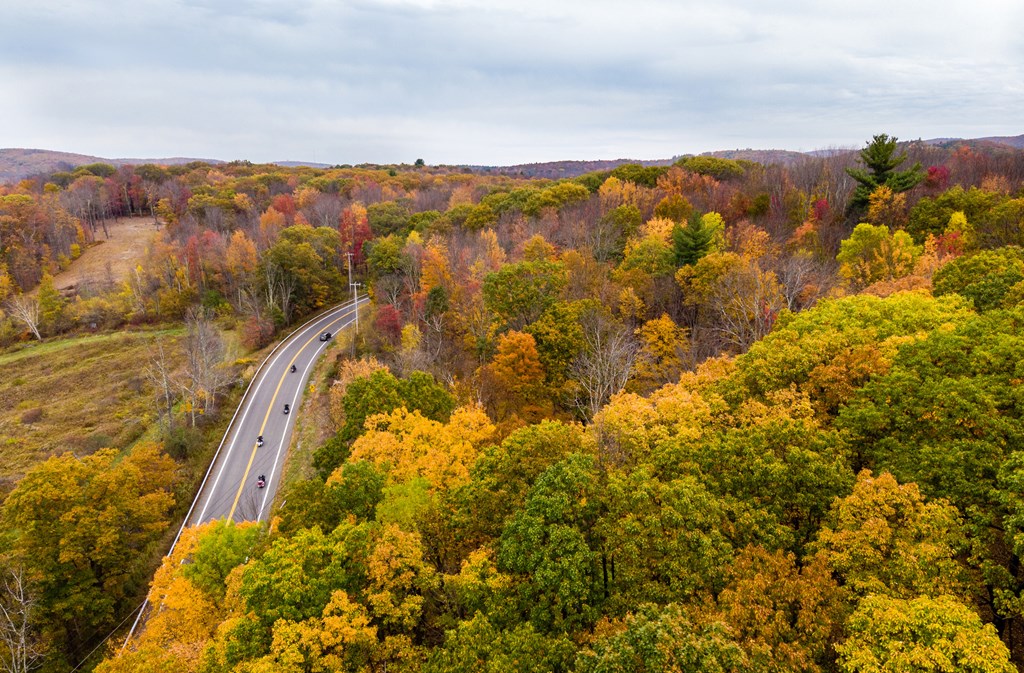 Near Lake Ontario and the Canadian border, 70 miles north of Syracuse, Watertown has about residents. Nearby Fort Drum is a 107,000-acre US Army base home to the 10th Mountain Division.

The 170-mile Olympic Byway stretches from Lake Champlain to Lake Ontario, winding through the High Peaks of Adirondack Park. The area greets fall in mid-to-late September with warm shades of crimson, gold, and orange that you don’t want to miss. 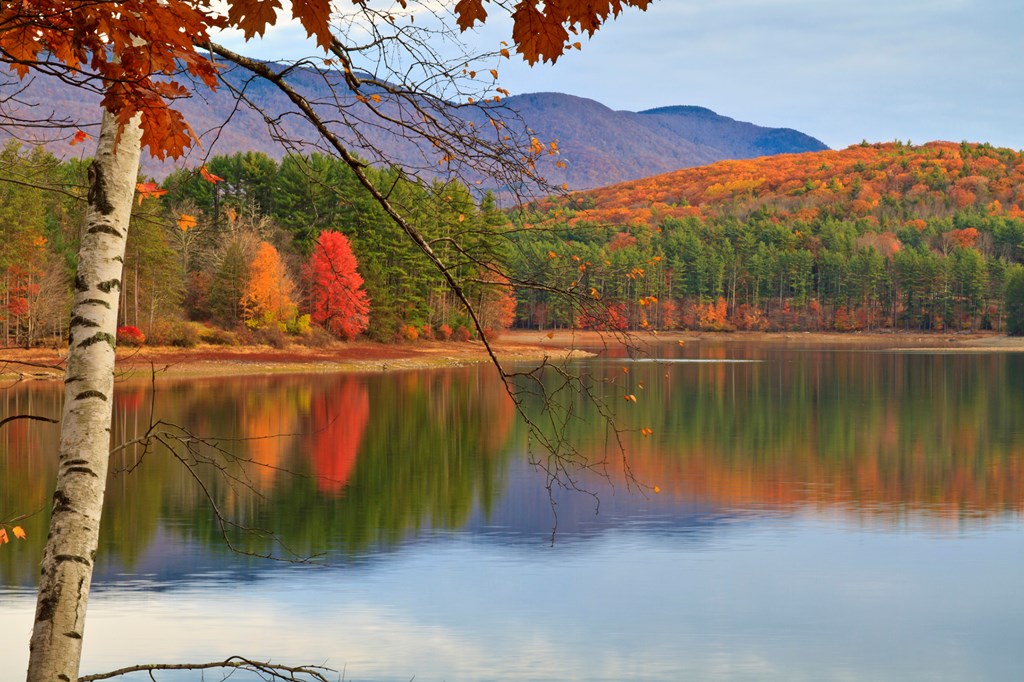 It’s often assumed the Woodstock Music Festival took place in the Catskills town of Woodstock, but it actually took place in Bethel, about 1.5 hours away. The 1969 summer festival got its name from the former, though, and Woodstock has since maintained a bohemian art scene.

In general, leaves in the Catskills and northern New York State peak between the last week of September and the first week of October, making this an ideal part of the country to enjoy in the fall, especially from behind the wheel of your RV.

Fall is one of the best times to hop in your RV and see the beauty that this country has to offer. As the seasons change, so does the nature that surrounds us, providing a new opportunity to be grateful for the peace and happiness that nature brings.

Leslie is a freelance travel and health/wellness writer who gets butterflies from telling stories and sharing information with readers across the globe. Her voice comes from a place filled with passion and dreams.

With over 10 years of experience in crafting words and years of embarking on travels that have taken this Montana girl to some incredible places, Leslie loves the adventures of both body and mind her writing takes her on.