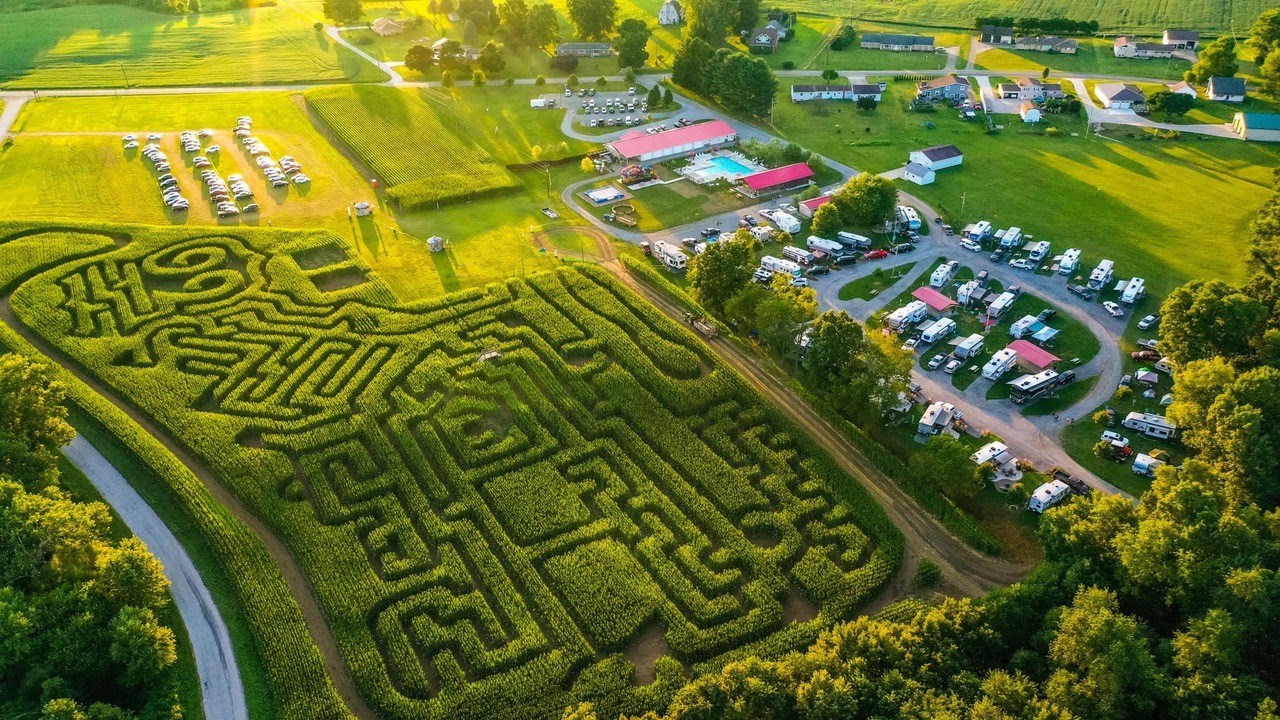 The Coshocton KOA Holiday, owned and operated by Ryan and Camille McPeek, has been named the Kampgrounds of America, Inc. (KOA) Rising Star for 2023. The Rising Star Award is given to an exemplary campground that has been a part of the KOA system for less than five years.

Nestled in rural central Ohio, Ryan McPeek, a geologist by trade, found himself with the opportunity to purchase a campground in his hometown in 2013. Marrying and joining him at the campground a few years later, Camille McPeek, originally from the Philippines, admits that the couple knew nothing about running a campground.

“Ryan didn’t know what he wanted to do after working in the geology industry for several years,” said Camille McPeek. “We took the opportunity even though we’d be new to the industry. We had dealt with rocks, so it was definitely a change.”

While operating a campground was outside of their expertise, help from the Ohio Campground Owners Association (OCOA) and a healthy stream of pipeline workers easily filled their 43-site campground. 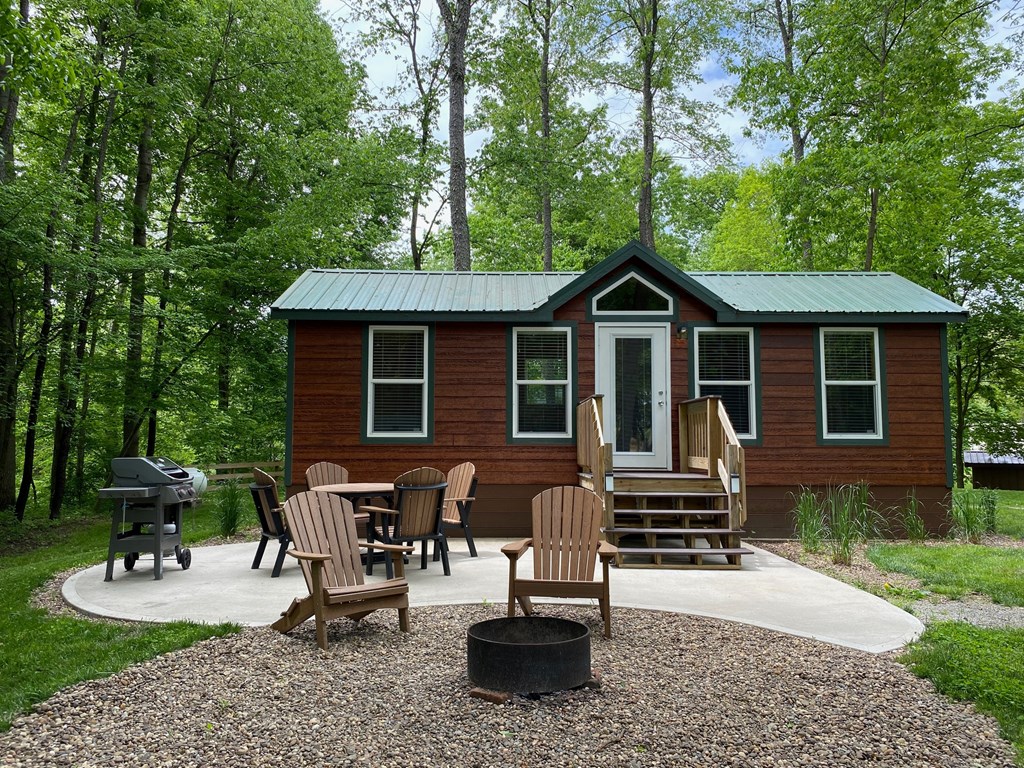 “We were full but had to question what would happen when the construction ended,” Camille McPeek said. “That’s when we started to think about the continued success we could have as a KOA.”

Since becoming a KOA, the small Coshocton KOA Holiday has experienced incredible growth. In the past five years, the campground has seen a 183% increase in registration revenue. Boasting an NPS of 92, the McPeek’s campground is ranked 12th in the KOA system for guest satisfaction.

With this success have come strategic improvements to the campground. The McPeek’s have added 18 sites to the original campground, including RV Sites with KOA Patios and six Deluxe Cabins. A focus on glamping, including a Deluxe Cabin with a custom “canopy window,” vintage trailers and canvas tents, has allowed the campground to stand out.

In addition to campground development, the couple has also focused on providing activities that have helped them become a destination. Coshocton KOA Holiday offers a full calendar of themed weekends and events, including unique arts and crafts, a month-long sunflower festival, fall events and beer and wine tastings. Many of their events are tied to two additions adjacent to the campground: a sunflower field and a corn maze.

“Adding the corn maze and sunflowers has provided a fun activity for our campers and our Coshocton community,” Camille McPeek said. “We’ve added elements to both to make them fun, challenging and different. You can come to the corn maze during the day, at night, or during our ‘wine your way out’ evenings and have a completely different experience.” 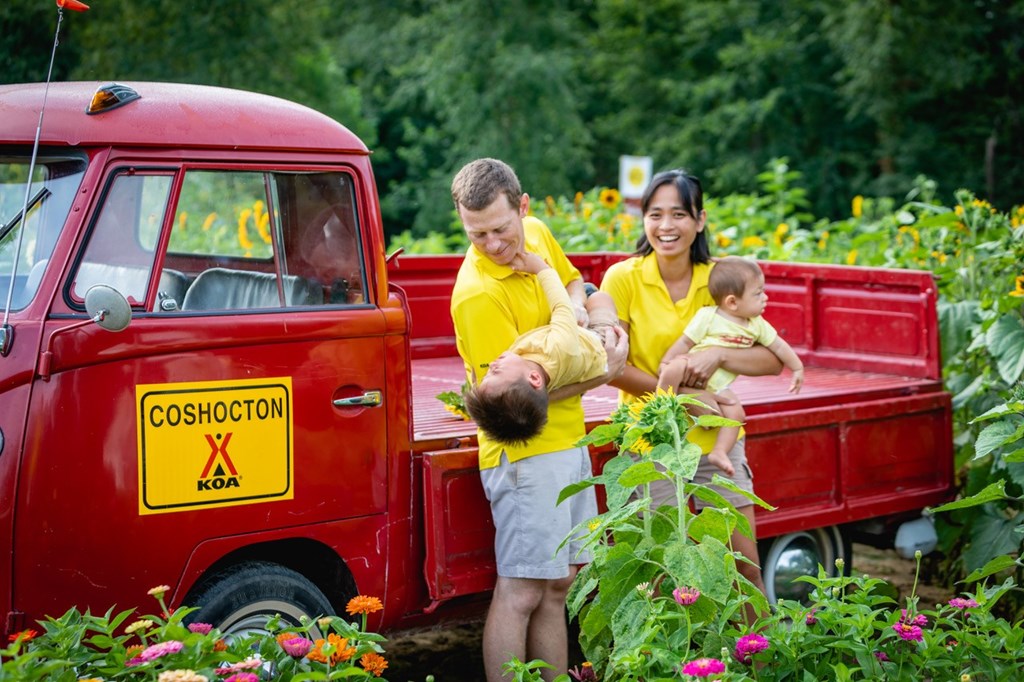 Taking a customer-focused approach to business, the McPeeks have turned a small campground into an overwhelming success in a short time. While much of this success is due to the innovative updates to amenities and services the campground has seen, a focus on branding and marketing has helped Coshocton KOA Holiday share these offerings with the world.

“I’m a big believer in a brand,” said Camille McPeek. “Between our work and the national recognition of KOA, it has really helped our small business get out there. I appreciate the support we’re getting from KOA and other campground owners. That support comes from so many aspects – technology, marketing, and operations – so it’s great to be part of the KOA franchise system.”

“The McPeeks and the Coshocton KOA Holiday are a testament to what guest-focused strategy can achieve at any size campground,” said Toby O’Rourke, president and CEO of Kampgrounds of America, Inc. “This location may be small, but their work has established them as the best park in their market. It’s inspiring to see so much growth coming from new members of the KOA family, and Coshocton KOA Holiday is a wonderful example of that.