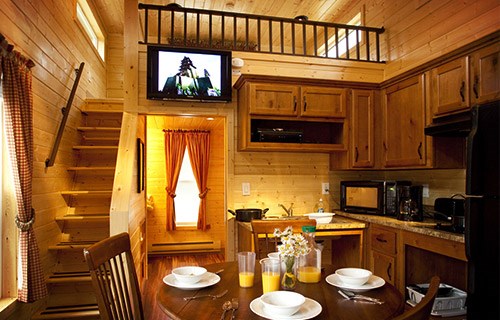 I’d seen that sign a million times as a kid — traversing the country on family road trips. The KOA red and yellow teepee. But we’d never stopped there; we weren’t what you’d call a “camping family.” In fact, I don’t think I ever even knew what camping was until I met my future wife, who loved (and loves) packing up the tent, the stove, the cast iron pans and the dogs and setting off into the wilderness.

But last week, we did turn in at that KOA sign instead of rocketing past it on our way to a hotel room somewhere down the road. We were pulling in to the Durango, Colorado KOA to be exact — the 2012 KOA Campground of the Year. And to be honest, I was excited. Mainly because this time, there was no tent in the back of our SUV — we were to be staying in one of KOA’s new Deluxe Cabins.

We met Karen, the first of many people we’d see over the next few days wearing a yellow KOA shirt. At first, it appeared as simply a tidy polo in a bright color. But as our long weekend progressed, it would become a symbol for happiness, openness and helpfulness.

After a quick check in, we were told that Mark would be escorting us to our cabin. “Escorting?” Isn’t that the sort of thing reserved for dignitaries and celebrities? And escorting at a campground? Not even Brad and Angelina would get that kind of treatment out here. Yet, there was Mark, in that yellow shirt, ready to guide us around the perimeter — past other campers, some in their luxury RVs, others in smaller rigs or setting up their tents. Everyone looked as though they were happy with their choice to stay here at the Durango KOA. We were beginning to understand that look.

The cabin was the second — or third — in a long list of welcome surprises that weekend. It was new, yet rustic; small, yet cozy, with two bedrooms, a bathroom and a combination kitchen, dining area and living room. There was a flat screen TV mounted above the dining table and another smaller unit in our bedroom — another welcome surprise, especially since the US Olympic trials were on that weekend and we wanted to catch a few of the events. There was a hotplate to cook on rather than a camp stove, a small fridge and all the pans, plates and utensils we’d need. There was even a coffee maker. Yet, as my wife and I stepped outside to enjoy our nice patio furniture, we felt that feeling — quiet, natural, with trees, rocks and nature all around us.

I liked this definition of camping — a lot.

After unpacking and glancing over the activities flyer we’d been given at check-in, we walked back up to the KOA store, where owner Jay Coates, along with his wife Carol, was making pizzas and serving ice cream sundaes. As our teenaged son excitedly pondered the oxymoron of a fresh hot pizza at a campground, Linda and I were encouraged to pick out a couple of rubber ducks for that night’s race down the creek that bordered the property. Kitschy? You bet. Fun? You bet.

Our rubber waterfowl didn’t win that night. But knowing our dollar-a-duck had gone to KOA’s Care Camps that provide camping trips for kids with cancer was a perfectly acceptable consolation prize.

On our way back to the cabin, we contemplated the next morning’s pancake breakfast the Coates’ had told us about — yes, served under their creek-side pavilion, yes, cooked by the owners and other friendly yellow-shirted helpers, yes, to me at least, another very uncamping-like amenity.

We returned “home” just as the sun was setting over the Rockies, enjoyed some Olympic trials swimming and went off to bed, completely satisfied with our day, our surroundings and our choice of accommodations.

Thanks Jay, Carol, Mark, Karen and all the other members of the Durango KOA family. We’re already planning to visit at least a couple more KOAs this summer. And we’ll see you next year for a duck race rematch.

A previously unenthusiastic camper, Eric Kiker has recently become a lover of camping with the help of KOA. When not dreaming about camping, he’s Principal/Strategy Director at ad agency LRXD in Denver where he lives with his family. 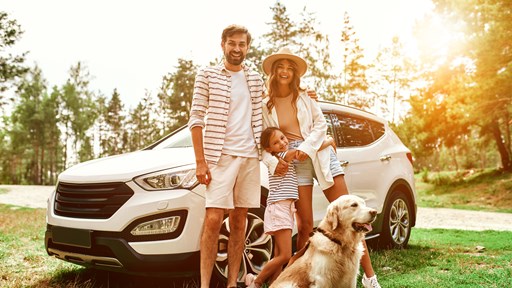 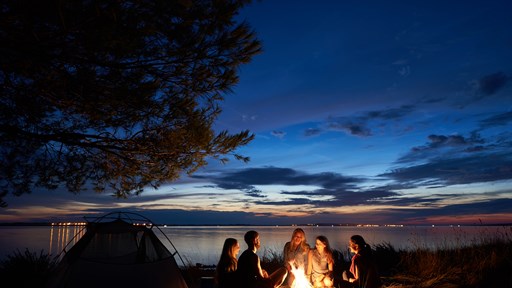 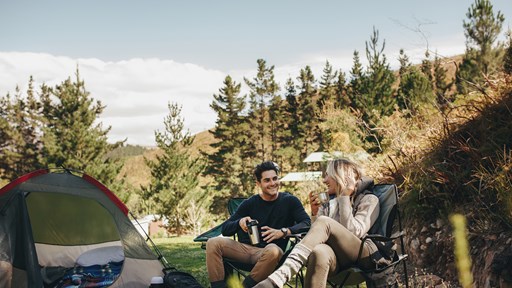