9 Tips for Using Social Media Responsibly in the Great Outdoors 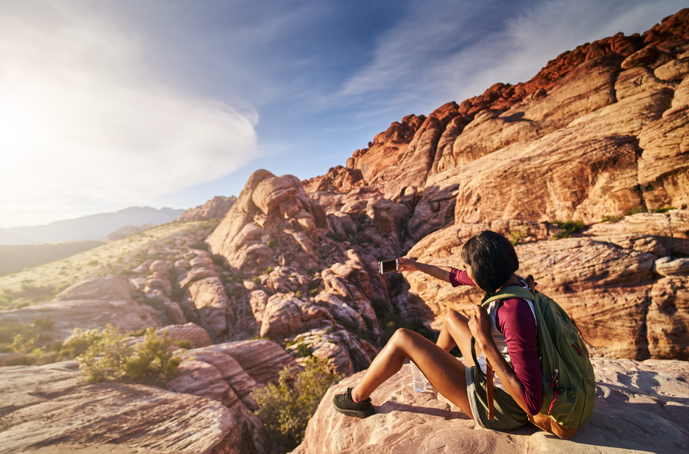 It’s relatively new. But social media sits near the top of the long list of things that are both a blessing and a curse. You can also call it a necessary evil (which is how we refer to technology in our Impact of Technology on Enjoyment While Camping report). It can be used to follow incredible Instagram accounts for camping inspiration. However, it can also be the reason you can no longer find a parking spot at your favorite trailhead. Even if you have the purest of intentions, it’s easy to be irresponsible when using social media in the great outdoors. So, whether the poison you pick is Instagram, Facebook or Twitter, here are 9 tips for using social media responsibly while camping.

Nature isn’t a 100% renewable resource. If a certain location gets too much traffic, irreparable damage can occur. Or the National Park Service has to come in and close the area for restoration. Kara Metcalf, a travel blogger, recommends geotagging general areas instead of exact locations. For example, tag the national park you’re in, not the precise coordinates of the spot on the trail where you saw bear cubs. Otherwise, a bunch of tourists might flock there and end up disturbing the Berenstains who are just trying to do their business. “If someone really wants to dig deep to find the exact spot it shouldn’t be that hard,” says Metcalf. “But you’re also doing your part not to send everyone to one specific area.” Staying at a campground near your favorite national park? Another solution is tag this location since it’s a spot that’s more than happy to have new guests.

When it comes to fishing, there’s a specific term for what happens when a space gets geotagged too much. It’s called “spot burning.” Pete Robbins, a fishing guide from Virginia, encourages his clients to post photos with their trophy catches. But he discourages them from giving too much away. “This is especially true if you are fishing with a guide who worked hard to figure out his or her best areas,” explains Robbins. “Their pristine nature still makes them susceptible to overuse and spoiling. It’s possible to identify your areas generally, or to take pictures without identifying scenery, and still get a great shot.”

3. Good backgrounds are found, not made

“As tempting as it is, please don’t alter a site in nature to get your perfect picture,” says John La Puma, MD, founder of EcoMedicine. According to him, being in nature is a privilege, one that improves both mental and physical health. By all means, take your photos. But leave no trace. There are plenty of spectacular backgrounds, so instead of manipulating a setting, simply go find one that works as is.

While writing about how to enjoy the outdoors responsibly for the Visit California tourism board, Preethi Chandrasekhar learned that damage from walking on wildflowers can last for years. The Indian American hiker and travel photographer recommends keeping in mind that each plant is part of a much larger ecosystem that depends on it. Laying in a bed of flowers for the ‘gram, or breaking off a few branches while climbing a tree for a different perspective can cause a devastating butterfly effect.

For most of us, it’s common sense. Respecting wildlife is second nature to the majority of outdoor enthusiasts. But every few months or so the story of a tourist getting too close to an animal for a selfie makes headlines. “For your safety, and theirs, make sure you remain at a distance,” says Emma and David from Team Thomas Travels. They feel so passionate about the topic they actually wrote a blog about bloggers behaving badly. Let’s make sure they never feel compelled to write one about campers behaving badly.

Even though they’re not living things rocks still service living things. “Don’t move them to make a great photo,” says Alison Watta, a hiking and backpacking guide. “Many animals make their homes under rocks and removing them can harm or kill the animal or their eggs.” It doesn’t matter if you replace the rocks when you’re done (because sometimes you need something to set your phone on). Simply moving them can mess with the fragile ecosystem. Bring a tripod. Or better yet, a friend to take your photo.

7. Stay on the trail

With a women’s travel website read by millions and 123,000 Instagram followers, Kristin Addis makes a living at the intersection of social media and outdoor photography. Still, she always stays on the trail. “I’m always able to get the photo I want with me and the photographer both on the trail,” says Addis, providing a good example of this. “One footstep quickly becomes hundreds and then thousands, so stepping off trail for any reason can cause erosion that might take hundreds, if not thousands, of years to re-grow.” This is especially true in alpine conditions.

According to Jenn Coleman, CEO of Coleman Concierge and a former whitewater rafting guide and ropes course instructor, we aren’t just people who use social media in the outdoors. In creating a post we become ambassadors of nature and teachers. The subject? How to treat the outdoors. “People pose for photos showcasing horrible ethics like having fires near rock art, pitching tents way to close to water or hanging hammocks without using a bark protector,” explains Coleman. Mikaela Ferguson, founder of an outdoor adventure blog, Voyageur Tripper, agrees. In particular, she cautions against sharing drone shots taken in no drone zones.

9. Use your captions for good

Ferguson also feels strongly about capitalizing on your captions. Use them as a means of raising awareness, even if it’s just adding the hashtag #leavenotrace. “Or share a photo of yourself swimming in a glacial lake, encourage your friends and family to wear all-natural sunscreen so as not to contaminate the water,” says Ferguson. She also likes to include land acknowledgments. “When sharing a photo of a natural wonder on social media, do a little research into the area’s history and culture. Many of the incredible natural landmarks in the United States hold cultural significance to Native American groups that traditionally lived on the land.”

growth of mold and mildew. 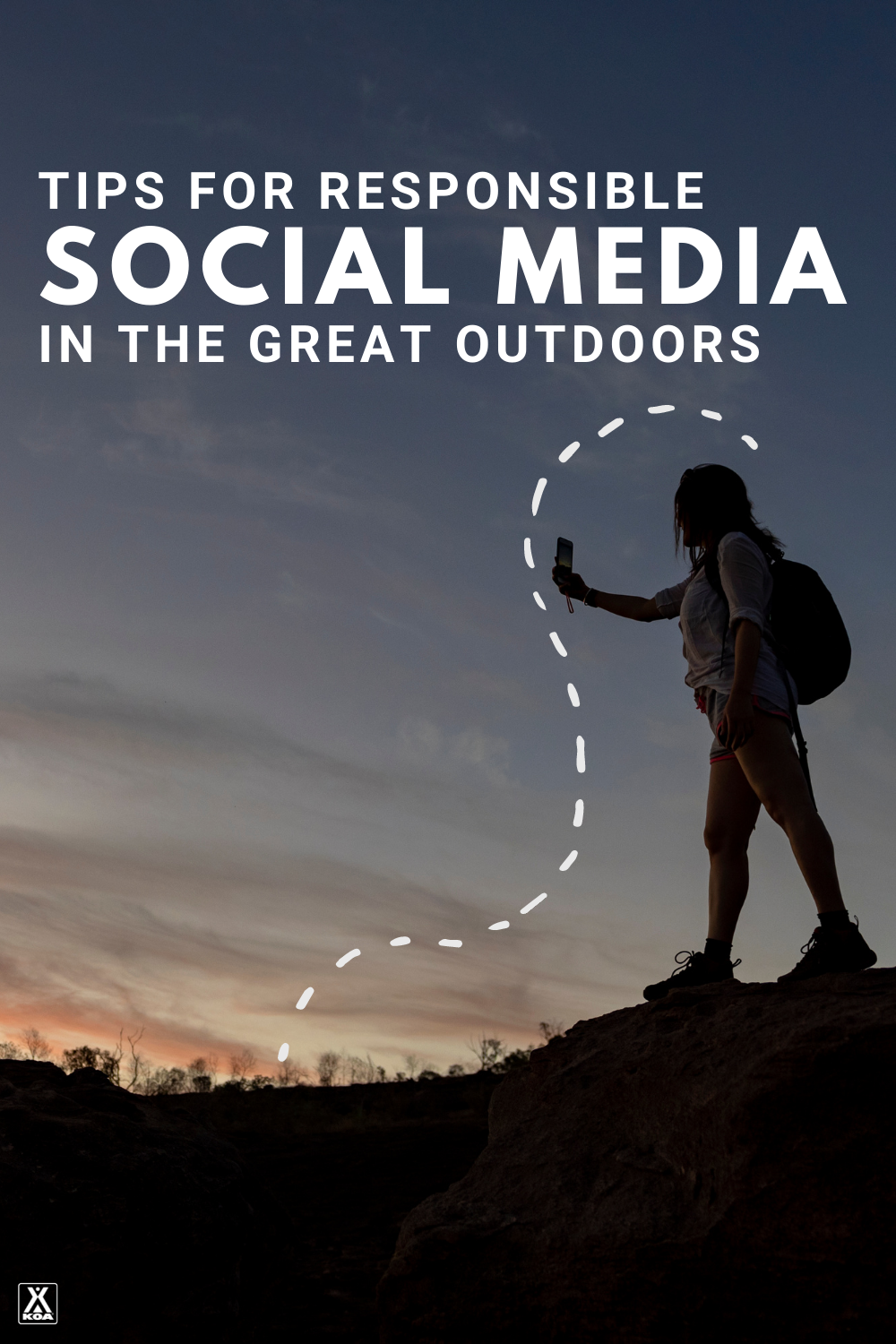