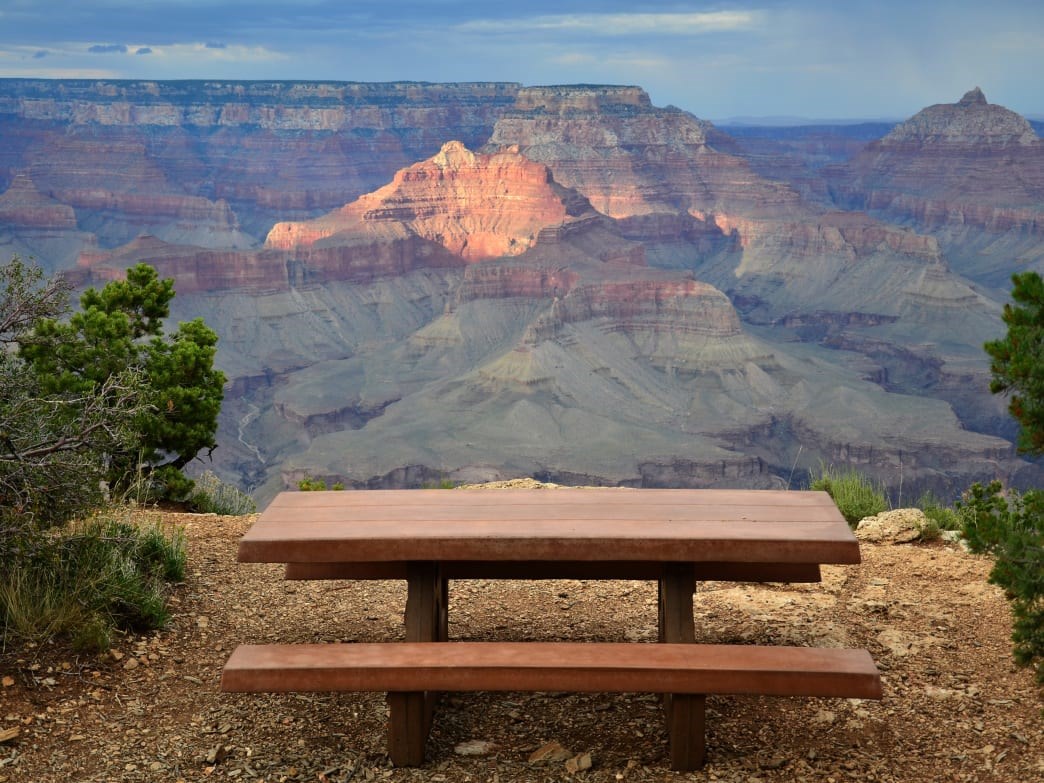 With more people looking to get outside in the summer months, America’s national parks can feel a little too much like amusement parks rather than wilderness escapes. Hit a popular park on a weekend, and it’s not uncommon to see long bus lines, queues of visitors cramming popular trails, and even traffic jams due to these national park crowds. But you don’t have to postpone your much-anticipated plans to hit Yosemite or Yellowstone for summer vacation. With a few savvy strategies, it’s possible to avoid the crowds and find some solitude in America’s national parks, even at the height of summer season. Here’s how.

1. Visit During the Week

How crowded are national parks? Well that depends on when you go. Many people plan their national park getaways over the weekend, so instead of joining the masses on Friday through Sunday, take that time to explore other nearby areas such as towns, state parks, and wilderness areas. Plan your in-park activities during the week, when crowds are thinner.

2. Plan Ahead to Reserve Permits

As parks become more and more popular, many of the more popular trails require permits, even for day hiking. Only a specified number of permits are given out each day to limit the number of people on the trail. Often times, you can wait in line for a permit day-of, but this requires a bit of luck—as well as flexibility in your schedule in case you don’t get one. Instead, reserve your permits in advance, and do your homework on the park’s specific permitting system. Some take reservations online up to a year in advance, while others require you to mail in an application six months in advance. Either way, you’ll avoid some of the bigger crowds in national parks if you plan in advance.

If you are planning to go on any guided tours or adventurous excursions, it helps to make your reservations as far in advance as possible. For example, a guaranteed way to beat the crowds at the Grand Canyon is to book a helicopter tour. You’ll get a bird’s eye view of the park, without the swarms of people. However, you’ll want to book in advance so you can guarantee a spot. The same goes for most guided hikes, climbs, or treks. Guided excursions are more expensive, yes, but in return, you won’t have to hassle with snagging a permit or worry about other logistics: All you have to do is show up.

4. Rise and Shine with the Sun

As the early birds know, arriving first thing in the morning is an excellent way to avoid crowds at national parks. Many people enter the park later in the morning, but you’ll be waiting in entry lines that go on forever if you show up then. Instead, get up before dawn and find a spot to enjoy the sunrise, then head out on whatever you’re doing for the day. Some parks, such as Bryce Canyon National Park, are famous for their sunrises, so you certainly won’t be alone. However, you can always wander down a trail for a few minutes, and the crowds immediately begin to thin out, allowing you to savor this spectacular show with the solitude it deserves.

With the influx of large crowds in national parks, it’s worthwhile to consider a less-trafficked alternative. That might be a part of the park that’s less accessible (such as the Maze District in Canyonlands, where you’ll need a high-clearance vehicle to get in), or trails that are less popular than others within the park. Another option is to visit nearby state parks, national forests, and wilderness areas during busy times such as weekends and holidays.

Around midday, the crowds can become unbearable at some of our nation’s most popular parks. Instead, opt to head to the park before sunup, catch a sunrise and an early morning hike, then leave the park during the middle of the day to explore other areas nearby before coming back in the evening for sunset, if you’re not too wiped out by then. Another option? Head out on a long-distance day hike or other excursion to avoid a crowded national park. If you plan to start as early as possible (either for sunrise or even earlier), you’ll beat the main rush and be far into the wilderness before parking lots and trails become full.

If you plan on visiting a national park for several days, consider adding a backpacking overnight to your itinerary. Sleeping in a tent in the middle of the wilderness is a fantastic experience that shouldn’t be missed, and you can leave your RV or car camping tent at your campsite, pack your bags, and head off on your overnight adventure. Since national parks only allow for backcountry camping in designated areas, you’ll practically have the entire park to yourself at night. It’s a great way to experience a national park without the fuss of all the crowds.

8. Stay Outside the National Park

Another option is to stay just outside the park when planning your trip so that you can avoid most of the crowds at national parks. KOA has campgrounds nearby most national parks, and most have amenities that you won’t find inside the park itself. Sometimes spending the afternoon at a pool away from the crowds is just what you need.

National parks offer plenty of natural beauty, rich history, and adventure around every bend. Spend a little bit of time planning, and you won’t feel like you’re in a sea of people—even in the summer.

Written by Meg Atteberry for Matcha in partnership with Kampgrounds of America. 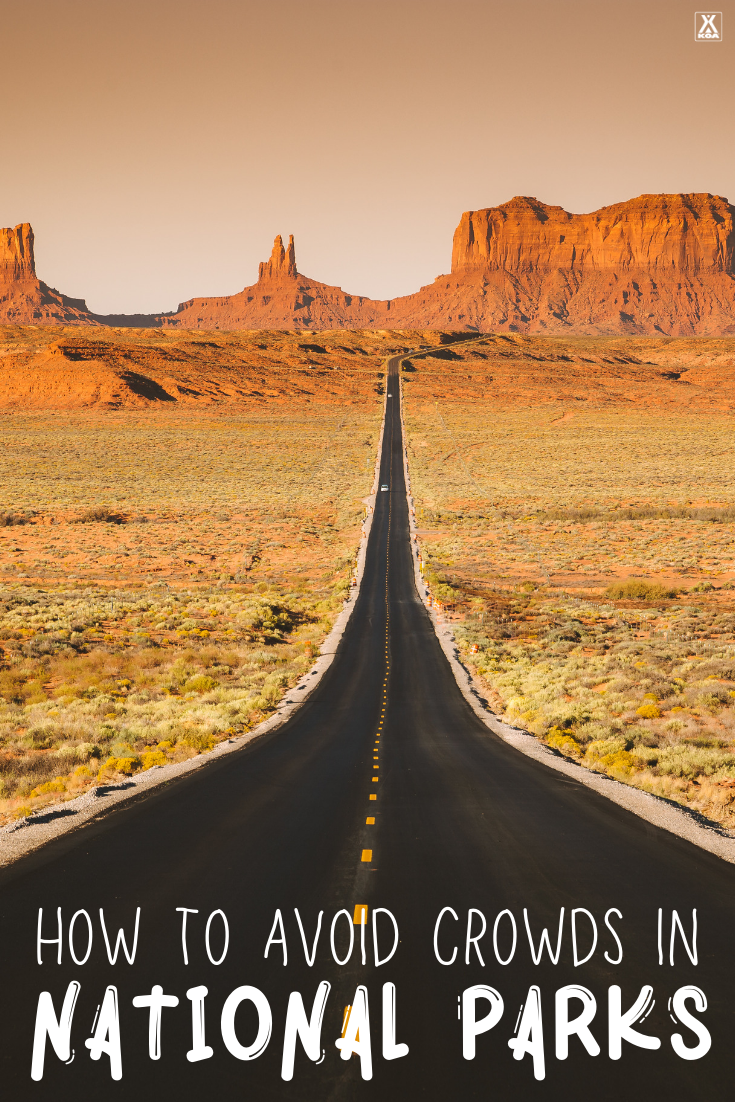