7 of the Best National Parks in Canada 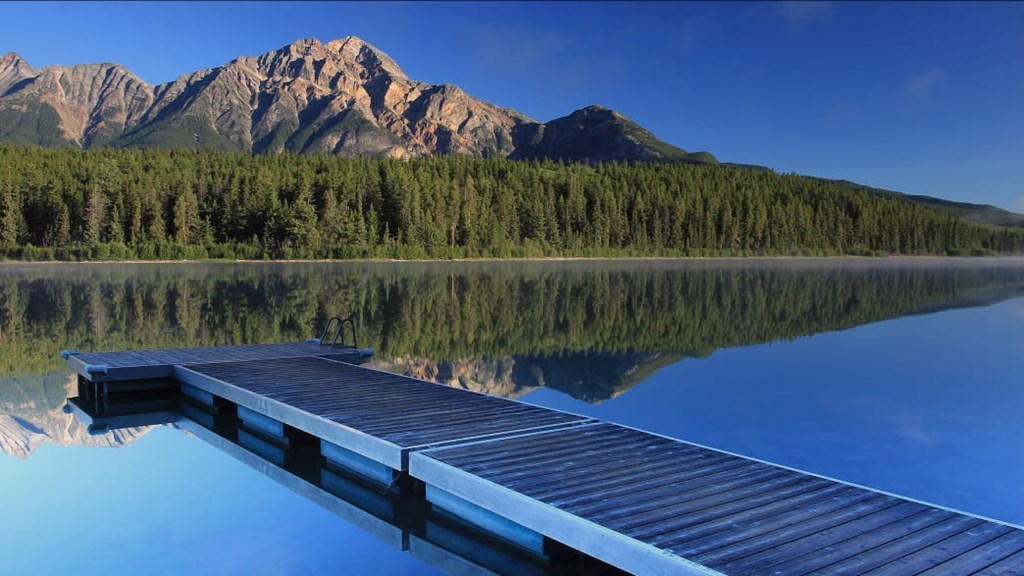 Canada is home to 47 national parks and reserves, each one boasting dramatic landscapes, an abundance of wildlife, and activities for all ages and interests. Visiting one (or more) of these Canadian beauties will make for an unforgettable trip, whether you’re traveling with a group, the family, or on your own. Here are a few of our favorite national parks across the country, including prominent features, hidden gems, and the closest KOA to each spot that will serve as an excellent base camp for your trip.

What You Need to Know Before Going to the Park: The best time to go is May through October; islands accessible by boat only

Park Highlights: Bring your canoe or kayak and explore the scenic waterways and forested shores of Thousand Islands National Park, located along the St. Lawrence River about midway between Toronto and Montreal. The park consists of 20 islands in the river, plus three areas on the mainland. But scattered throughout the region are the small islands popping up from the river, which give the park its name. The rugged granite coastline is also known for its Gilded Age mansions that oversee the river. Regional outfitters and lodges provide guided tours, rental boats, and maps of different water routes.

If paddling isn’t your thing, take the family on a cruise around the best parts of the park. Spot deer, soaring eagles, and adorable woodland critters on one of the many hiking trails from the mainland or the islands. The majority of islands have docks, signed trailheads, and composting toilets for visitor convenience.

Where to Stay: Hinton / Jasper KOA

What You Need to Know Before Going to the Park: Open and accessible year-round; October is Dark Sky month

Park Highlights: Located about a three-hour drive west of Edmonton, Jasper National Park is the largest park in the Canadian Rockies, with more than 11,000 square kilometers of peaks, lakes, alpine meadows, and lush forest. It’s also home to glaciers in the Columbia Icefield as well as hot springs and waterfalls, which make it an excellent hiking destination for all ages and abilities. You’ll also find an abundance of canoe and kayaking options, where you can enjoy paddling beneath the towering mountains.

Educational ranger-led programs are available throughout the year, and the park is also the world’s second-largest dark sky preserve, meaning astronomy enthusiasts—or anyone, for that matter—will enjoy the spectacular night sky that’s only visible away from light pollution.

What You Need to Know Before Going to the Park: Full services are available May through October; open during winter in a limited capacity

Park Highlights: Fjords, craggy peaks, waterfalls, and dramatic coastline combine to make Gros Morne National Park a don’t-miss destination. A UNESCO World Heritage Site, this park on the northwest coast of Newfoundland is known for its hiking, and with some planning, visitors can experience a different backdrop on every trail they choose. Explore beaches, peaks, or the epic Tablelands on your own or with a guided tour. There is no wrong way to explore this park.

Where to Stay: Cavendish KOA Holiday®

What You Need to Know Before Going to the Park: Full services are available June through September; spring and fall are scenic and quiet

Park Highlights: Crashing waves, soft sandy beaches, and expansive salt marshes make up Prince Edward Island National Park, situated right on the Gulf of St. Lawrence. This is the landscape that inspired Anne of Green Gables, and fans of the book might recognize some of the scenery from the classic tale. Relax on the beach, pull out the binoculars for some bird watching, or see how many of the 400 species of plants you can identify on a guided walking tour. Paved bike paths along the shore offer a traffic-free way to view the sites on two wheels.

Beach lovers will want to visit during July and August, while those looking for a quieter visit will appreciate late spring and colorful fall.

What You Need to Know Before Going to the Park: Parts of the park remain closed due to 2017 fire damage

The park was scorched by fire in 2017, but much of it is now open for cycling, wildlife watching, hiking, and cultural/educational events.

Where to Stay: Owen Sound KOA

What You Need to Know Before Going to the Park: Follow all fire bans during summer; expect crowds on holiday weekends

Park Highlights: Crystalline water, sandy beaches, shoreline caves, and dappled woods dominate the landscape at Bruce Peninsula National Park, which sits on the peninsula that separates Lake Huron from the Georgian Bay, about a three and half hour drive northwest of Toronto. Adventurous visitors can bring a crash pad and climbing shoes, testing their moves on the uniquely shaped boulders on the Georgian Bay shoreline. There are plenty of activities on the ground as well—everything from relaxing on the beaches to swimming in the warm inlets to paddling a kayak around the shoreline caves.

Don’t miss your chance to see the Grotto, a scenic cave containing a pool of brilliantly hued blue water. This is one of the most popular attractions in the park, so be sure to reserve your parking spot in advance.

What You Need to Know Before Going to the Park: Season runs from May through October, the park is fully serviced July and August

Park Highlights: Rugged mountains seem to rise straight from the sea in this coastal stunner of a park on the northeast tip of Nova Scotia. Driving the Cabot Trail coastline is a must-do for anyone visiting the region, and heading into Cape Breton Highlands National Park is the cherry on top. Lucky visitors will spy bald eagles, moose, and perhaps even a whale or two. The hiking is top notch, with everything from family-friendly cliffside jaunts to all-day excursions complete with quad-busting climbs and panoramic views.

Written by RootsRated Media for Kampgrounds of America. 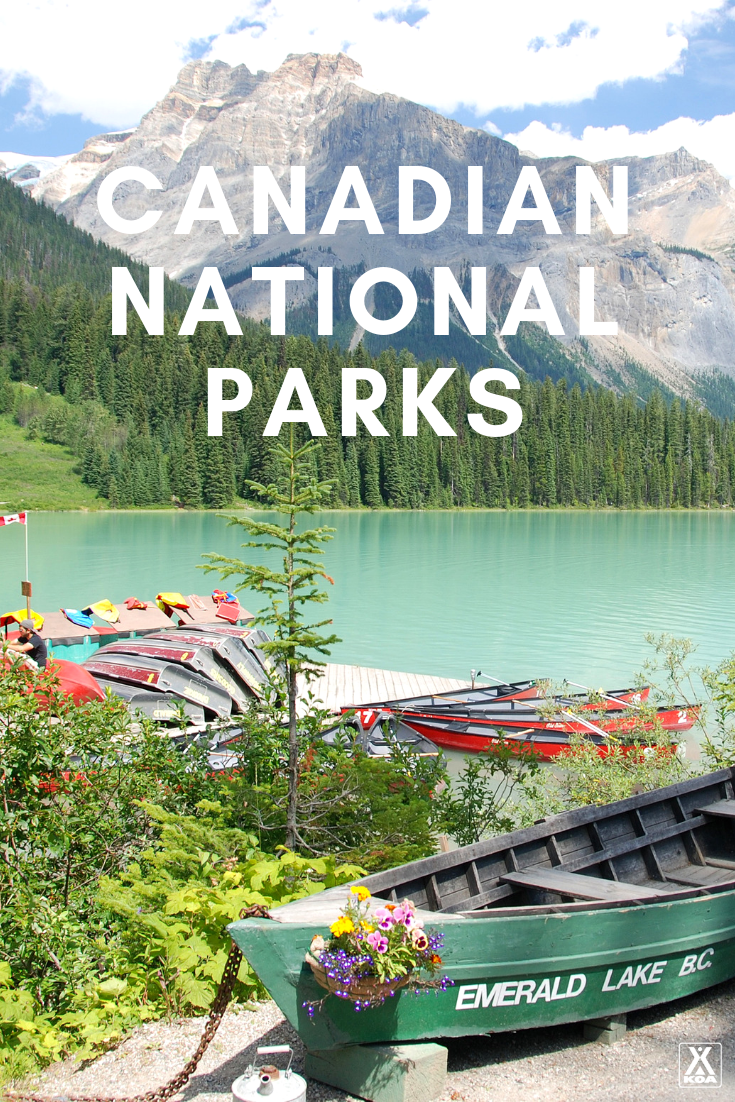