13 Best Travel Games for Taking on the Road 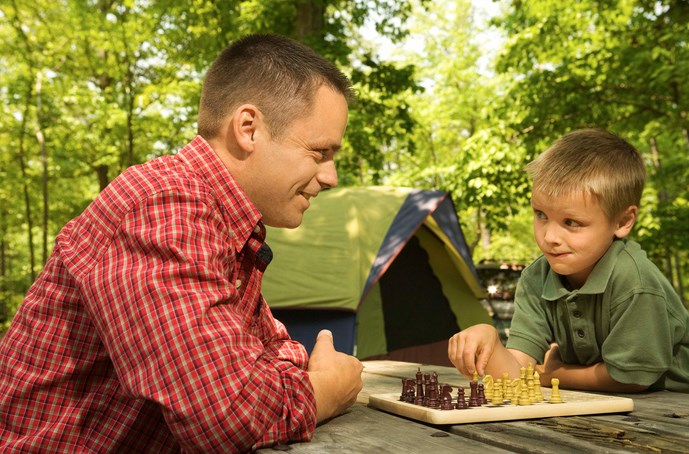 Some of the best camping memories are made with the simplest of traditions and gathering everyone around the picnic table or fire ring for a friendly game of chance or skill is one of those times. Family game night is one of the best ways to wind down after a day of outdoor adventure. A simple card or dice game can be the perfect boredom buster on long drives and a cozy interlude when the weather keeps you inside.

Whether you’re staying in your own tent or RV, you’ve set up home base in a Deluxe or Camping Cabin, or you’re glamping in a KOA yurt or teepee, you need games that pack well, don’t take up much space, set up easily, and keep everyone in your group entertained. Give these fun, road-tested options a try during your next KOA camping getaway.

Test your focus and perception by picking out matching pairs in a packable canister of 55 cards that are simply illustrated for young players, but have subtle differences that test your powers of observation.

Keep your passengers busy on long drives with a scavenger hunt for 54 things you’re likely to see along the highway. Take turns drawing cards and matching the drawing on the card (like a yellow car or a restaurant) to what you see along your route. You can’t discard your card until you’ve found a match. The first one to discard all their cards wins. Extend the game with expansion packs for smells (like a skunk) and sounds (like a siren) that you find along the way.

Young fans of the classic Dr. Seuss character will love drawing cards with pictures of their favorite cartoon character and following the card instructions. On your turn, flip over three cards and act them out in sequence in this comical twist on charades for children three and up.

Take turns drawing from a deck of 100 cards and acting out a description of the animals, objects, and actions to get your teammates to guess what your card says. Kids as young as three can play this simplified version of adult charades.

If your family got into the curling craze during the last winter Olympics, they’re going to love this compact and portable tabletop version of the sport. Sweep miniature curling stones across the game board and into the target to score points for your team. Play as many rounds as you like, with the highest scoring team declaring victory at the end. The whole things rolls up into a compact box for storage when you’re finished.

Kids will love playing the mutant monsters, giant robots, and other creatures rampaging the city of Tokyo in a fight to wear the kingly crown. Roll the dice to increase energy and defeat your opponents on your way to the winner’s circle.

A perfect game for big groups of up to 10 campers, Apples to Apples is a word game that will have you creating witty, and sometimes wacky, combinations of nouns and adjectives to win the game. Take turns picking a card from a deck of description cards and placing them face up on the game board. Everyone plays the noun that they think best fits with the description card. Then it’s up to the player who picked the card to decide which noun wins the round.

Deal a full deck of cards then, starting to the left of the dealer, the first player places any card face up on the table. Other players must match the card’s rank (like all 5s or all queens). If a player can’t match the rank, they have to pass. Once all four cards in the rank have been played, the next person plays a card with a new rank that must be matched. The first person to get rid of all the cards in their hand is the winner.

This famous fill-in-the-blank word game has been around since the 1950s. While you can still play with paper and pen, Mad Libs have evolved into a travel-friendly app that you can download to your phone for hours of word play on the road or at your campsite.

Become a 19th century novelist to earn points and win this deck-building word game. Players can team up and work together to battle literary opponents and reach the 60-point finish line first.

Even the most passionate cat-lovers will enjoy this quirky card game. Take turns drawing cards from the deck, hoping you don’t draw a game-ending Exploding Kitten card. If you do, you can play other cards in your hand to stay in the game, or pass the Exploding Kitten on to another player. The simple illustrations are enough to get everyone laughing, but there’s actually serious strategy behind the card play. The player that’s still in the game after all the cards have been drawn is the winner.

Pretend you’re eating at one of those conveyor belt sushi restaurants in this fast-paced grad-and-pass card game. Earn points for card combinations that match your favorite sushi rolls to win.

There are no right or wrong answers when you play the Game of Things, just lots of quick thinking and uncontrollable laughter. Cards with a “thing” theme pose topics like “Things you wish grew on trees.” Everyone writes down their answer and throws it in a pile. When the answers are read aloud, everyone has to match the responses to the play who wrote them. 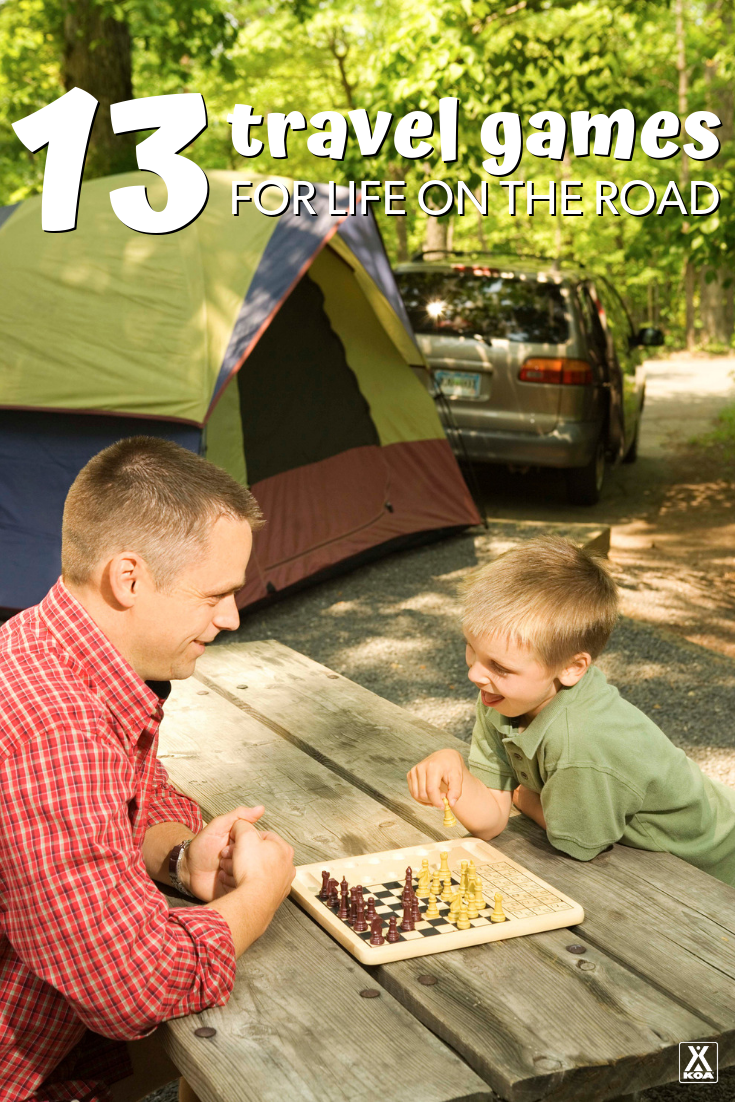