Unwind with These Card Games Perfect for Camping or Home 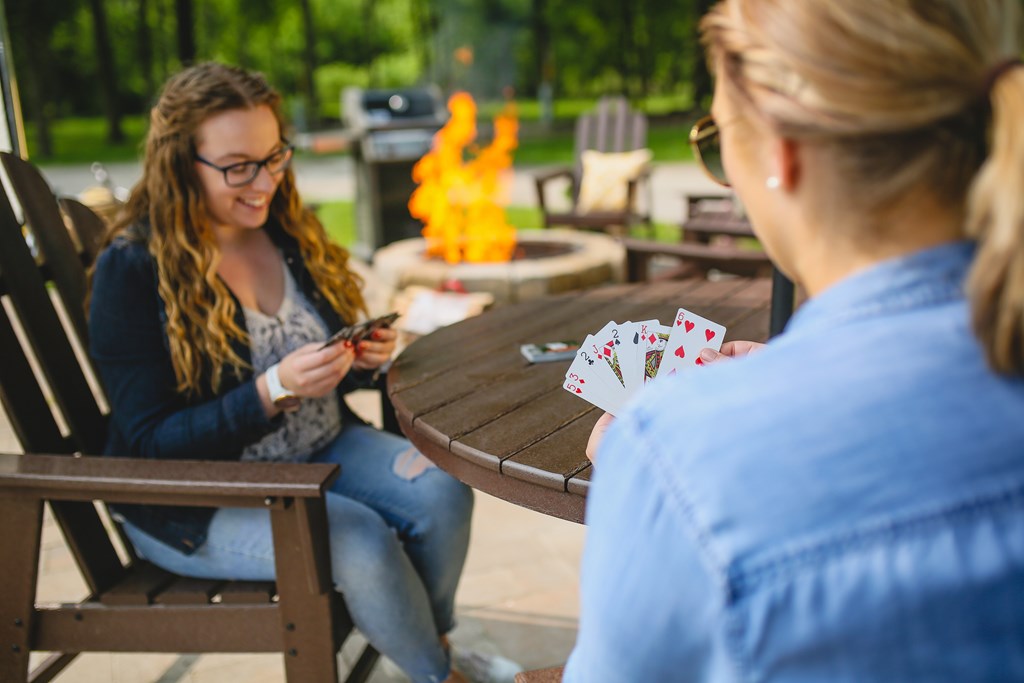 Everything’s better outside and playing cards with friends and family is no exception. Your KOA Patio™ is the perfect spot to play, already equipped with outdoor furniture, outdoor seating and a fire pit or fire ring. Playing cards outside is a great way to relax and connect with each other, day or evening. So kick back, shoot the breeze and open a deck of cards. Here are some of our favorite games to play on a KOA Patio or anytime.

This game is fun for all ages and is for 2–8 players.

2. Kings in the Corner

This game will be familiar to anyone that’s played solitaire. It fits 2-6 but is best at 4 players.

Deal seven cards to each player. Place the rest of the cards face down in the middle of the table. Turn the four top cards over, placing one on each of the four sides of the deck — to the north, south, east, and west.

This game is great for outside because players tend to get excited. It can play 3–13 players but you need spoons, one less than the number of players.