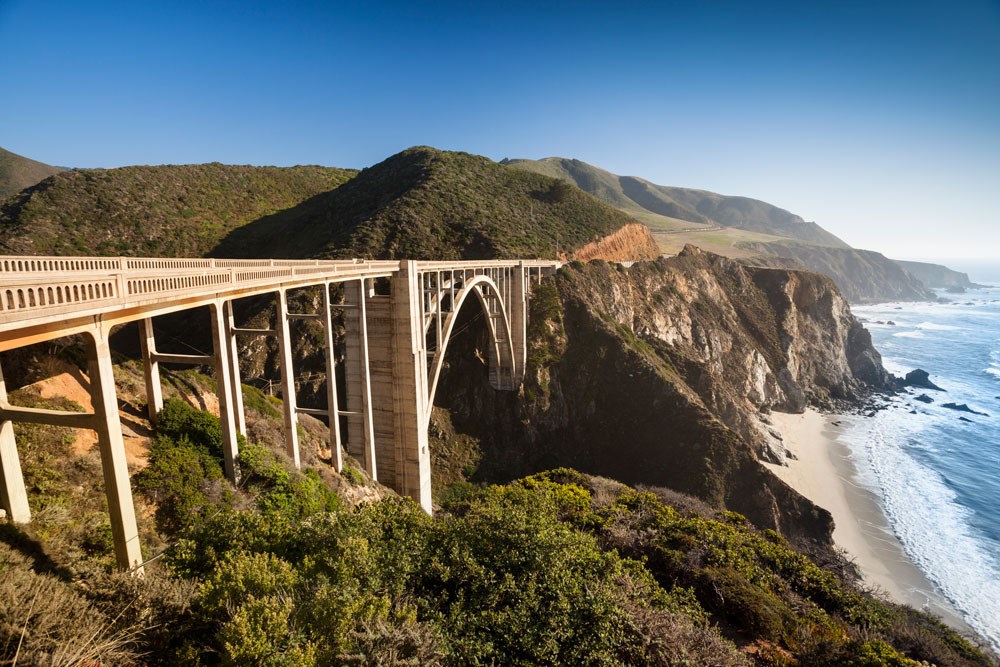 If there is a bucket list for roads, Highway 1 on the California coast must certainly place near the top of the list, if not at the number one slot. Sometimes, those of us living in California tend to take it for granted. After all, there are far more quick and efficient routes when traveling between Los Angeles and San Francisco.

But there is not another one that even approaches its grandeur and jaw-dropping beauty.

For spring break this year, my 18-year-old daughter and I decided to hit the road once again to one of our favorite KOAs in the country, Santa Cruz/Monterey Bay KOA Holiday Campground.

But rather than the fast-but-dull Interstate 5, we opted for the one and only Highway 1. It had been a number of years since we’d driven it. Was it as impressive as we remembered?

We started our adventure at the Avila/Pismo Beach KOA, a beautiful little spot tucked into the canyons just outside the pretty little coastal escape called Avila Beach. Then, after breakfast by the sea and a visit to one of the popular hot springs up in the hills, we were on our way. 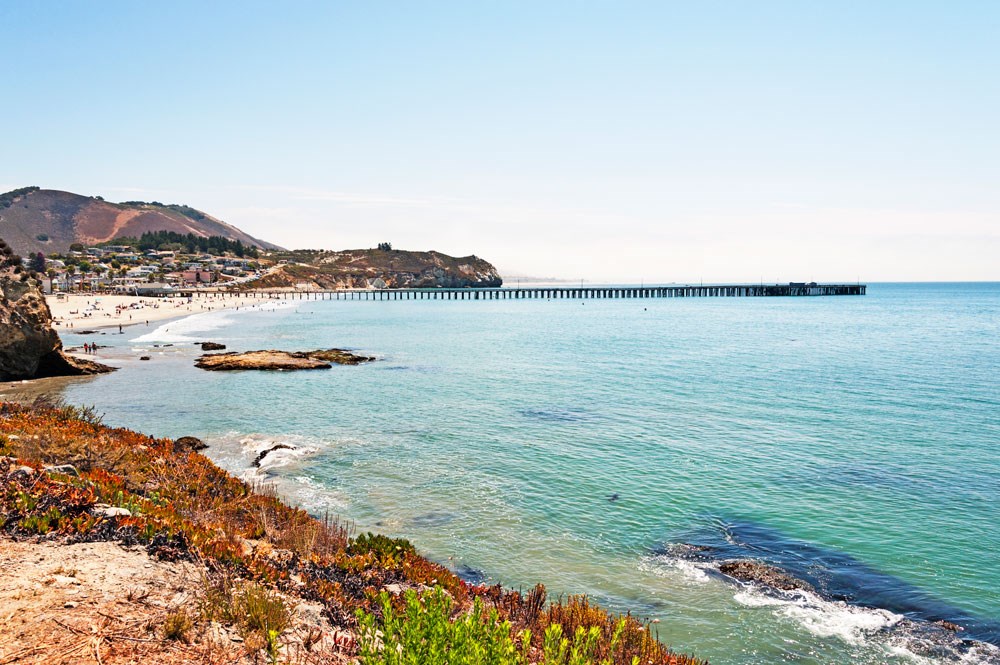 We headed toward Highway 1 near San Luis Obispo, and picked it up at another scenic spot called Morro Bay. From there, we began the winding and impossibly gorgeous route that attracts people from all over the world. We passed through the picture-book town of Cambria and the speck on the map called Harmony, population 18. Immediately after Hearst Castle in San Simeon, we stopped to visit the elephant seal colony near the circa-1875 Piedras Blancas Lighthouse station. There, literally thousands of elephant seals were basking in the sun, while the rugged and dark blue waters crashed into nearby craggy coasts. It’s a hypnotic spot to stop, but at some point you’ve got to pull yourself away and get back on that road that is calling to you. 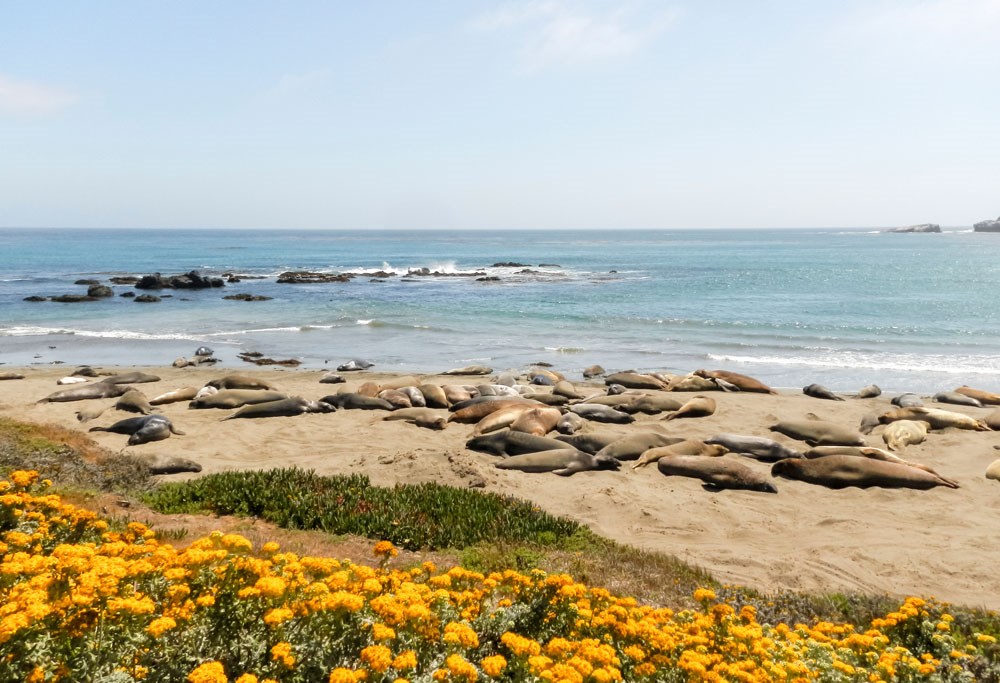 For the most part, it’s a two-lane road with occasional passing lanes. But to rush yourself through the scenery is to do a great injustice. The point is not to speed, but to absorb. Yes, there are definitely parts of Highway 1 that might inspire a bit of white knuckling. The switchbacks and steep ascensions are certainly dramatic, but also very safe. The only risk as a driver, I suppose, is letting your eyes wander off into the deep blue horizon and almost comically sweeping vistas that at times seem to swallow you up.

There are many places to stop along the way to pose for photos and catch your breath in the cool and sweet breezes. And then, mile after mile, it all just repeats itself. Steep granite canyons soon give way to deep green forests as the road hugs its way through the majestic and ancient redwoods in Big Sur. This segment of the highway was built between 1919 and 1937, and crosses over several historic bridges, including the Bixby Creek Bridge, a reinforced concrete arch with a 320-foot span that passes over the Bixby Creek gorge. 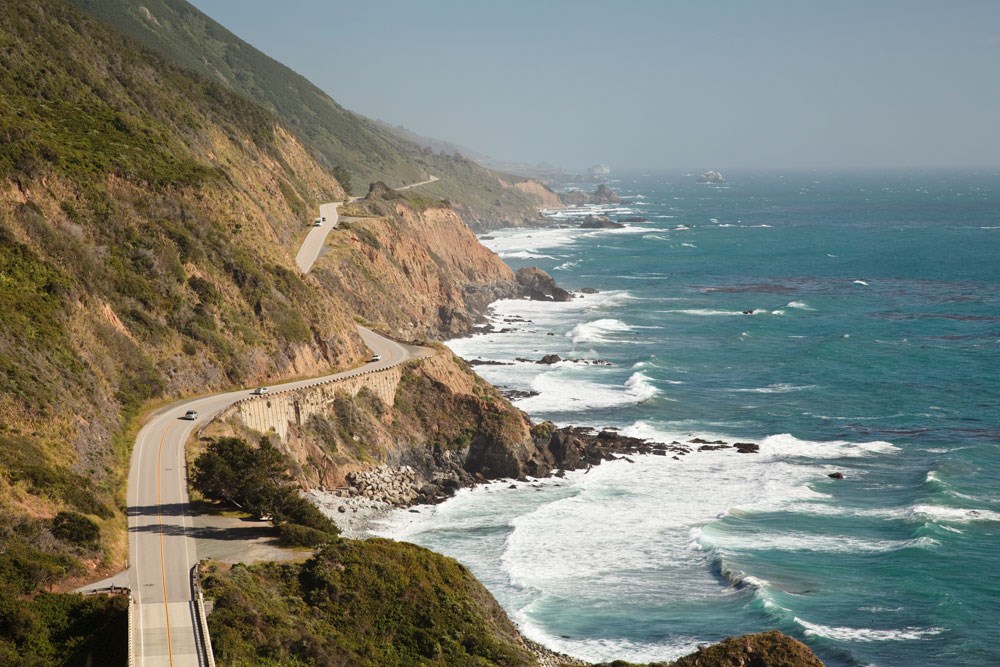 The trip between Morro Bay and the boundary of Carmel, just after Big Sur, can easily take several hours. But every moment is worth it. Once you hit Carmel and Monterey and the road goes back to being an elegant and much simpler coastal drive, it’s easy to miss the drama of startling outposts and heavenly postcard views.

Once we reached destination that evening, light our campfire and began looking at photos of the road we’d been on several hours before, it almost did not seem real.

The solitude and power of California’s central coast are some of nature’s most indelible forces. The perspectives and angles afforded by Highway 1 are beyond just impressive. They are inspiring and achingly profound. Planning a KOA Road trip in California? There is 1 road not to miss. Literally.