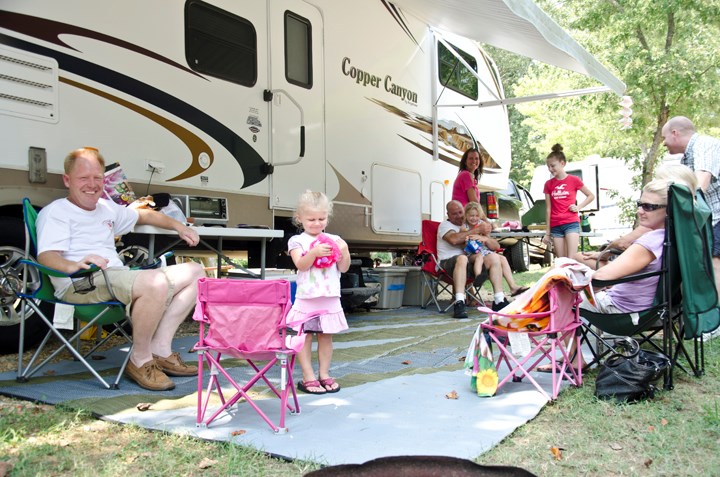 All right, the secret’s out. KOA campgrounds are fun, beautiful and full of adventure. Think about it. Where else can you pull in (or pull through, as the case may be), set up and immediately start enjoying all the best that the great outdoors have to offer. And yes, you definitely meet some of the nicest people (folks wearing yellow shirts and otherwise) when you’re on a campground.

But we’ve also been told by campers that it’s the little things that make camping getaways perfect. Like friendly smiles, short lines…and folks following a few common rules of camping etiquette or, as we like to all it, “Kamp-i-quette”.

So we asked our friends on Facebook what the one rule was that they wish that every camper would follow—and boy, did we get a lot of responses! Here’s what they said:

So there you have ‘em—the top four rules that our kampers have told us they wished everyone would follow. And what were the runners up? They included keeping kids safe and well tended, not using foul language, avoiding late-night parties or loud conversations, or revving vehicles in the early morning hours.

But perhaps campers like Brett J. had it right, when he posted, “Quiet time, pets, cutting through sites, it all adds up to having respect for your fellow campers.”

So’d we miss any? If you have other rules of kamp-i-quette that you’d like to add, we’d love to hear ‘em. Feel free to comment below: