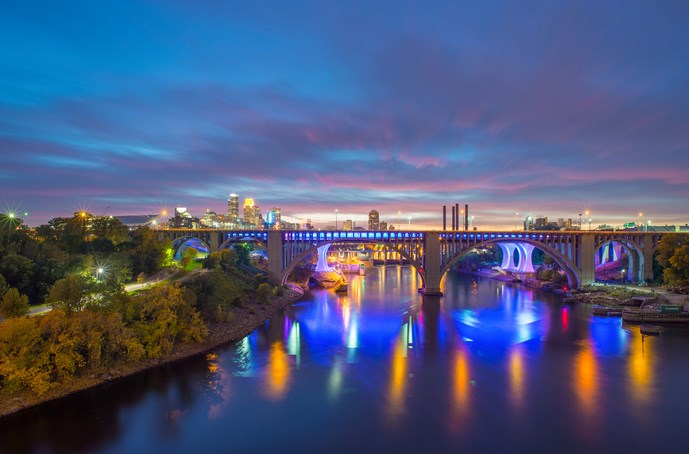 Follow the Mississippi and explore the heart of the US on the Great River Road.

Half the fun of a road trip is planning it. From apps and websites, to television and digital channels, there is no lack of inspiration. In fact, a vacation planner’s biggest problem can be narrowing down the choices to a manageable itinerary.

One resource you may not be familiar with is the America’s Byways® system—the umbrella term for the collection of 150 distinct and diverse roads designated by the U.S. Secretary of Transportation. The Byways system website makes searching for the perfect itinerary easy—simply look at the map, choose an area, then dig in!

One blog post can’t begin to describe all 150 roads in the system, so here I’ll introduce you to The Great River Road, the name of which refers of course to the “great” Mississippi River. In 1938, President Franklin D. Roosevelt established the Great River Road (GRR).

The GRR runs from the Mississippi’s headwaters in Minnesota to the Gulf of Mexico through ten states from north to south in this order: Minnesota, Wisconsin, Iowa, Illinois, Missouri, Kentucky, Tennessee, Arkansas, Mississippi, and Louisiana

The northern part of the GRR is more scenic than the southern, simply because the landscape flattens as it approaches the Delta region, so this post features an itinerary through Minnesota, Wisconsin, Iowa, and Illinois. Never fear, the history and great food is fabulous everywhere along this 3,000-mile-long byway. 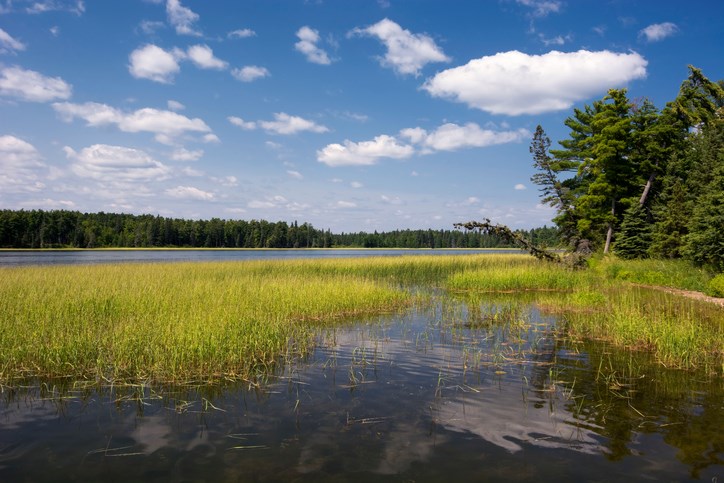 The headwaters of the Mississippi is at Itasca State Park, near Bemidji KOA Journey, in the “Land of 10,000 Lakes” region. Bemidji is within 15 miles of some 60 lakes. The kids will marvel at stepping across the trickling Mississippi in Itasca State Park, then watching the river grow with each passing mile. Heck, I marveled at this myself!

Moving into the Minneapolis/St. Paul area you’ll see how the metropolis grew up around the river. While there, visit Mississippi Gorge Regional Park on foot, bicycle, or on the river itself. In downtown Minneapolis, visit The Stone Arch Bridge, a former railroad bridge crossing the Mississippi River at Saint Anthony Falls, the only natural major waterfall on the Upper Mississippi River.

Just south of Minneapolis is a little river town called Winona with the best-kept secret overlook of the Mississippi. Garvin Heights City Park sits 500 feet above the river and features interpretive signs to help you appreciate the area’s history. Located in a neighborhood, follow the directional signs for the park to the top of the bluff and be sure to bring your camera. On a clear day you can see for 17 miles. 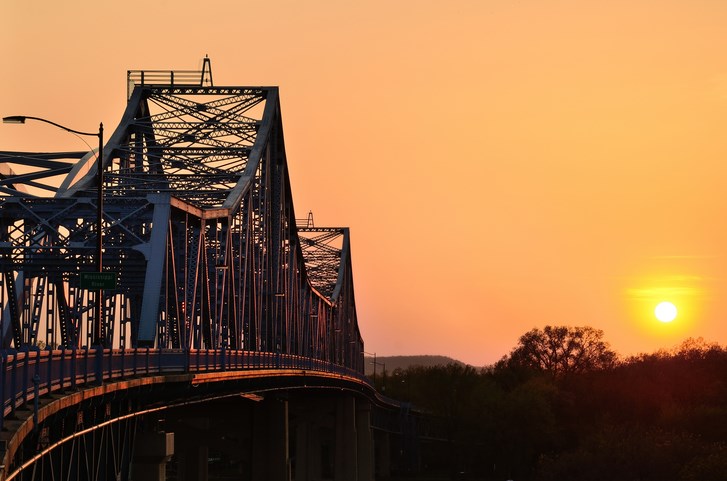 Prepare for your journey along the Great River Road in Wisconsin by downloading these podcasts.

While in La Crosse, visit Grandad Bluff Park, 600 feet above the river for spectacular views. History buffs will enjoy the “Lincolniana” on display at Riverside Museum, also in La Crosse. Never heard of Lincolniana? That’s the term given to mementoes and decorations that memorialized President Lincoln after his tragic death at the end of the Civil War. Now you know! All the Lincolniana in the museum were owned by La Crosse area residents.

Approaching the Illinois and Iowa borders with Wisconsin is the Dickeyville Grotto. You’ll catch a glimpse of it from the road, surely enough to convince you to spend at least an hour there marveling at the folk art. Built by Father Mathias Wernerus, a German immigrant, the grotto was his expression of love for both God and his new country using shrines to saints and patriotism. He constructed the shrines of sea shells, geodes, petrified wood, fossils, broken dishes, and eventually rock—without blueprints. Located within a beautiful floral garden area surrounding the Holy Ghost Church, you don’t have to profess any religious faith to enjoy it.

Hixton / Alma Center is your KOA headquarters for this region. 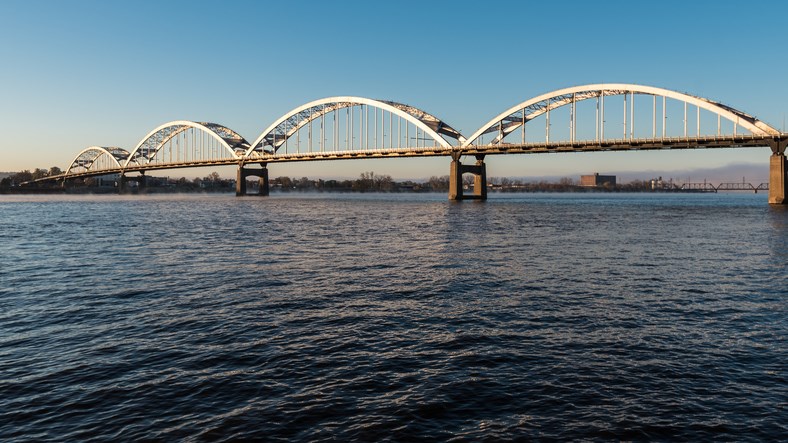 Rock Island is home to the Mississippi River Visitor Center, located on the Rock Island Arsenal. It’s the perfect vantage point for watching Bald Eagles hunt on the river while boats pass through the impressive lock system.

If you’re a fan of the History Channel’s show American Pickers, you’ll find their shop just half an hour north of Davenport in Le Claire, Iowa along the Mississippi River.

Since I was last in Davenport, the city erected a new sculpture at Bechtel Park called “Lincoln with Boy on Bridge.” Apparently President Lincoln’s most important case en route to the White House was based on an incident in Davenport, where a steamboat collided with the Rock Island Railroad bridge in 1853. Lincoln was the railroad’s attorney. The statue depicts Lincoln talking with a small boy at the scene of the collision, where Lincoln was researching his case. Lore has it that the boy was the son of the bridge’s lead engineer and the future president told the boy that he was glad to hear “a little less opinion and a lot more fact.” A plaque with that phrase soon is placed under the monument. While you’re there visit Davenport’s historic district, including its many great restaurants.

This one link makes it easy to order a map of the Great River Road and travel guides for all ten GRR states. Android and Apple smart phone users will enjoy the free app, including scenic overlooks, museums, historical sites and more.

Since there is so much to see along the GRR please be sure to share your photos with KOA on Instagram or Twitter.  Remember to include #KOACamping so we’ll be able to see what you discovered. 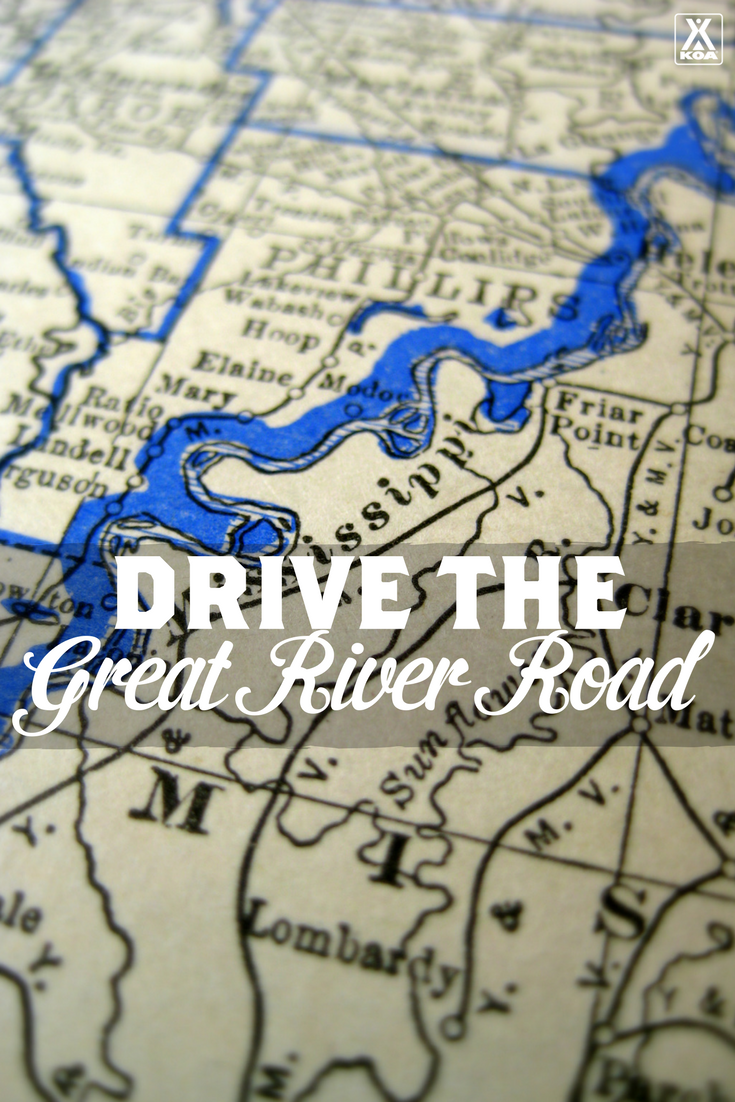