8 Hot Beverages to Make Over a Campfire to Stay Warm 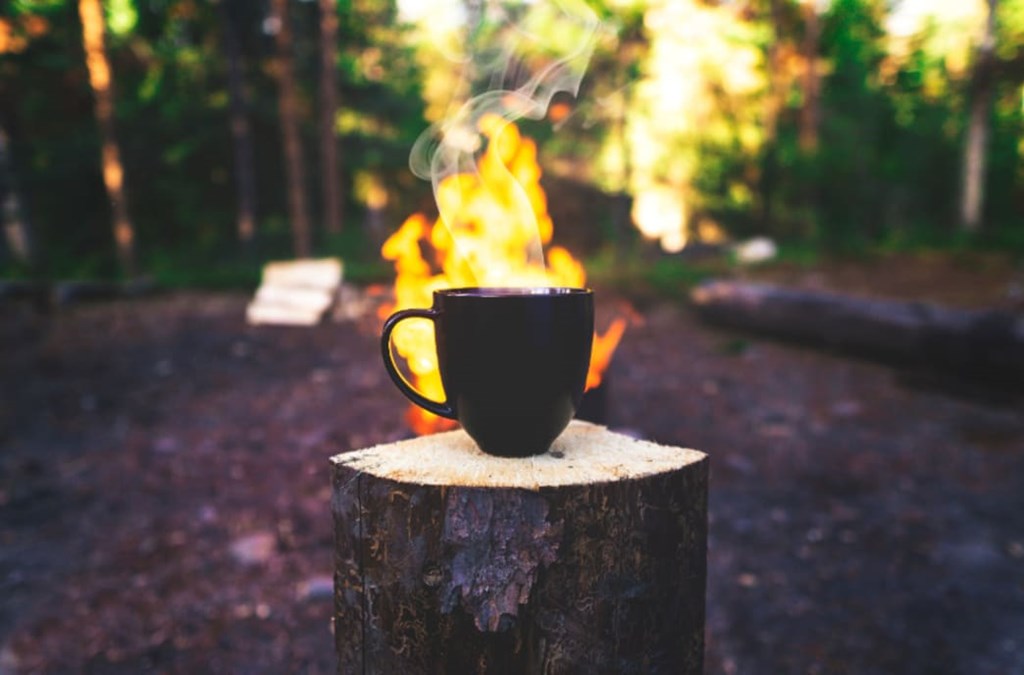 Whether it’s an entirely wholesome booze-free beverage or a seductively spiked sippable, here are eight tried-and-true beverages for warming up around the campfire.

Duh. Just exactly what else could kick things off within this sort of roundup? Whether you’re using your own homemade blend of ingredients or relying on some instant cocoa mix, nothing says hygge like a mug or three of hot chocolate savored around some dancing flames. An all-ages kind of drink, and one essentially impossible to resist.

For deets, click or tap your way over to this NEMO Equipment compilation of several sweetly sturdy hot-chocolate recipes.

Coffee all by its lonesome is certainly a fine choice for a campfire beverage—if, that is, your personal caffeine-susceptibility levels allow an evening indulgence’s worth without sabotaging a deep night’s sleep. Then again, maybe you’re having one of those highly recommended morning campfires, in which case even those prone to java jitteriness can indulge to their heart’s content.

But, if you ask some hypothetical roster of cowboys, shepherds, mountain men (and women), and other frontier types—campfire coffee is significantly improved by the addition of whisky. Or, as some would vehemently emphasize, whiskey—that is, the good stuff from the Emerald Isle specifically, combined with coffee (hey, even decaf) and a slosh of Baileys for that surefire standby, Irish coffee. Need a warm-up on a crisp, star-domed night? There’s not much better. (Eyeball one solid recipe over at Jetboil.)

Ginger tea offers a non-alcoholic, non-caffeinated hot bevvy that brings plenty of coziness and spicy goodness to the table—err, that is, to the fireside. Fresh ginger root—a mighty durable piece of culinary kit, mind you—sliced up and added to boiling water—maybe (as The Spruce Eats recommends) with a bit of lime juice and honey worked into the mix—makes for a mugful that warms the tummy and the heart all at the same time.

Turns out mulled wine tastes just as good around a campfire as it does in the bustling heart of a traditional town-square Christmas market. Check out this campfire-friendly option from Adventure Journal, incorporating orange halves, ginger, cinnamon sticks, maple syrup, and (but of course) some hearty red vino.

Fundamental to masala chai, along with that base of black tea and milk, are any number of warming spices—from ginger and cinnamon to nutmeg and star anise. Warming spices: Just what the doctor ordered for that wintertime campfire. (Warm thyself with this camp-ready chai tea recipe from the Outbound Collective.)

It’s math-lesson time: Hot water plus whiskey plus cinnamon stick plus lemon wedge equals a happy and snug evening, especially if a campfire’s part of the equation. And, of course, it really ought to be.

A dollop or two of honey added to heated milk: couldn’t get any simpler, yet darn it if it doesn’t hit the spot on a frosty night outside the tent or the cabin. Heck, just the name—honey milk—gets that warm glow going inside. It’s been known to ward against numb fingers and toes too.

Warm mulled cider’s good enough, but when you add a little booze, it’s all-around magical campfire territory here. You can’t go wrong with bourbon (as this Fresh Off the Grid recipe demonstrates), but there’s no saying you can’t embrace your inner Kampground pirate and swap that whisky out for rum.