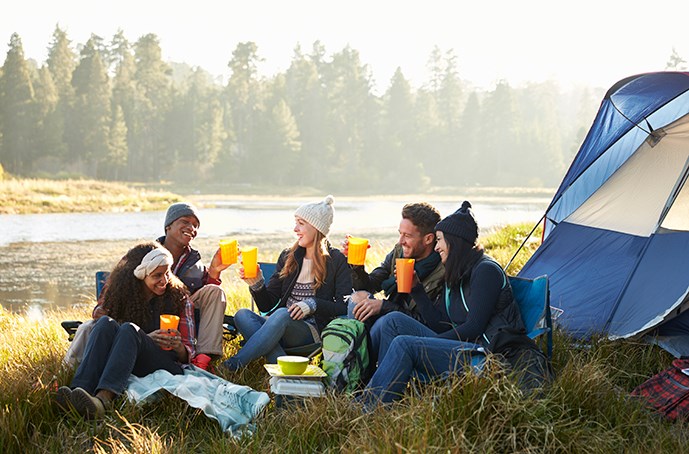 Think the camping window’s over just because summer’s in the rearview? Not by a long shot! Fall ushers in one of the best seasons for tenting (or glamping) out—some would say just about the best. Sure, the temperatures tend to be easing in the downward direction, and you may wake to a few frosty mornings—maybe even a touch of early snowfall. But, hey: That’s really part of the fun. Once you’ve tried it, you’ll likely get hooked on “shoulder-season” camping. While it may be underrated, here are some reasons why you should give it a try.

Inviting as a campfire is in the summertime, it’s all the more so in fall when nippy evenings (and nippier mornings) call for some quality time around dancing flames. And hey, it’s not just the cooler weather: It’s the lengthening nights. Early dusks just give you that much more time to swap ghost stories, get a few singalongs going (before quiet hours, of course), and refine your s’more-making technique to perfection.

It’s a scientific fact that hot chocolate tastes better in fall than summer. Don’t bother trying to find the studies, just take our word for it. A cool fall evening with that fire ring blazing? The perfect time to wrap your hands around a steaming mug and bliss out.

3. There Are Fewer Buzzers & Bloodsuckers Cramping Your Style

Say goodbye to the sinister swarms of summer: Fall’s crisp conditions likely mean you’ll be losing less blood (Halloweentime vampires aside) and brushing away fewer flies on your camping trip. Besides those pesky wasps that crank up activity a bit in the early part of the season, autumn offers some welcome relief in the insect-harassment department.

4. But Plenty of Other Wildlife’s Out and About

Even as you bid a fond adieu to this year’s crop of mosquitoes, you have a better chance of seeing bigger critters on a fall camping getaway, given the all-around autumnal hustle going down. Deer, elk, and moose are doing their whole antler-clashing rutting thing, bears are basically in nonstop packing-on-the-pounds mode, and songbirds, waterfowl and raptors are winging along on southbound flyways. There’s an awful lot of highly visible animal action underway this stretch of the calendar. Don’t leave those binoculars at home!

Summer’s long days are wonderful for indulging in as much outdoor recreation as possible. The flipside? Sweltering afternoons spent drowning in sweat and tromping through billows of dust. The happy sunshine and milder temperatures of fall shake out to the most comfortable hiking and biking weather of the year, in most parts of North America anyhow. And while snows come early to the highest country, the beginning of fall is often ideal for getting up into those mountain kingdoms that may not have even fully thawed out until mid-summer.

6. The Purest Joys of Layering Are Yours to Be Had

Speaking of weather, summer’s scorching temperatures can be hard to deal with: You can only strip down so far, right? In fall, you get to explore the full pleasures of flannel shirts, sweaters, down vests, light jackets, fingerless gloves, etc.—layering down for those brisk switchbacks or lake paddles, layering up when you kick back around the fire or settle in on the porch of your KOA cabin.

Summer’s lush greenwood, springtime’s blossom pageantry, the pure white quilt of the winter snowpack: All well and good, but can anything really compare with the smoldering glories of fall colors? Whether it’s the world-famous kaleidoscope of those New England or Upper Midwest hardwoods or the dreamy contrast of freshly dusted peaks overlooking golden aspens or larches out West, you’re basically playing around in a postcard this time of year.

Fall Under the Seduction of Cool-weather Camping With KOA

Whether you’re pitching a tent or snuggling into a cabin, yurt, teepee, or other glamping setup, a KOA Kampground makes a fine introduction to the pleasures of cool-weather camping. Here’s to crackling campfires, fiery foliage, and going for a refill or two of that hot cocoa! 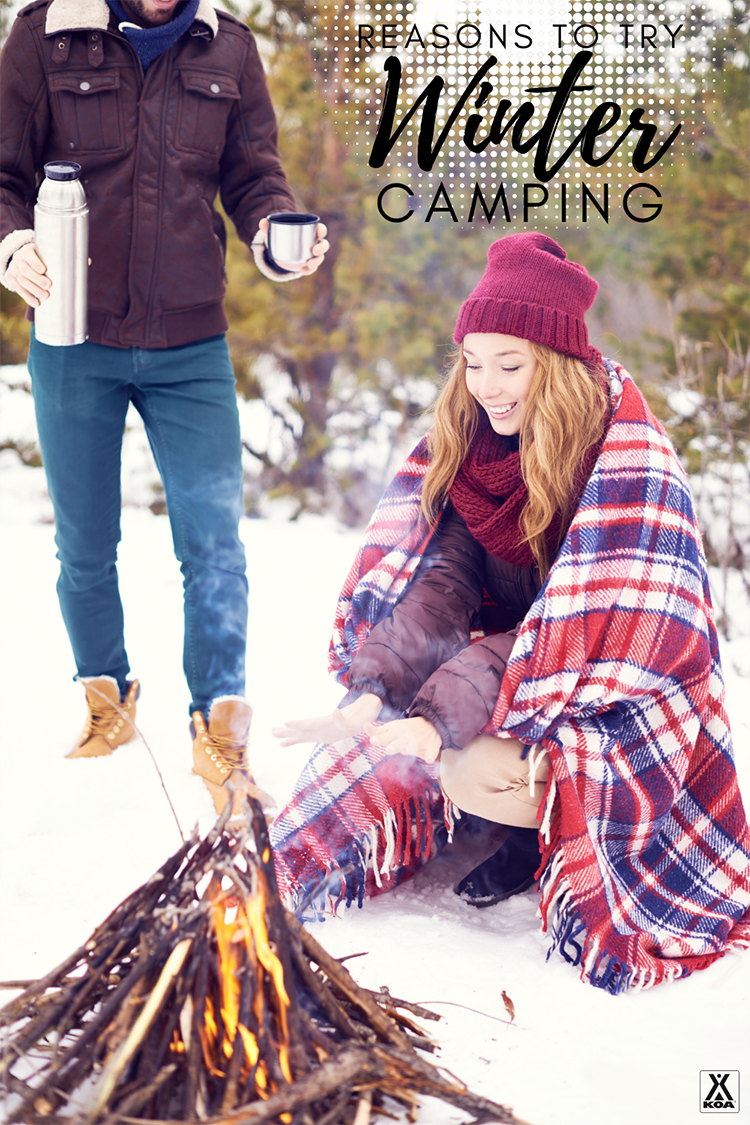