Enjoy one of our unique cabins, amenities, and mining attraction!

KOA Resorts offer a carefree vacation in the great outdoors. Enjoy robust recreation and staff-led activities, kick back and relax by the resort-style pool, or grab a bite to eat, all while never leaving the campground. And with plenty of RV Sites with KOA Patios™ and Deluxe Cabins with full baths to meet your needs, it’s the ultimate camping getaway. 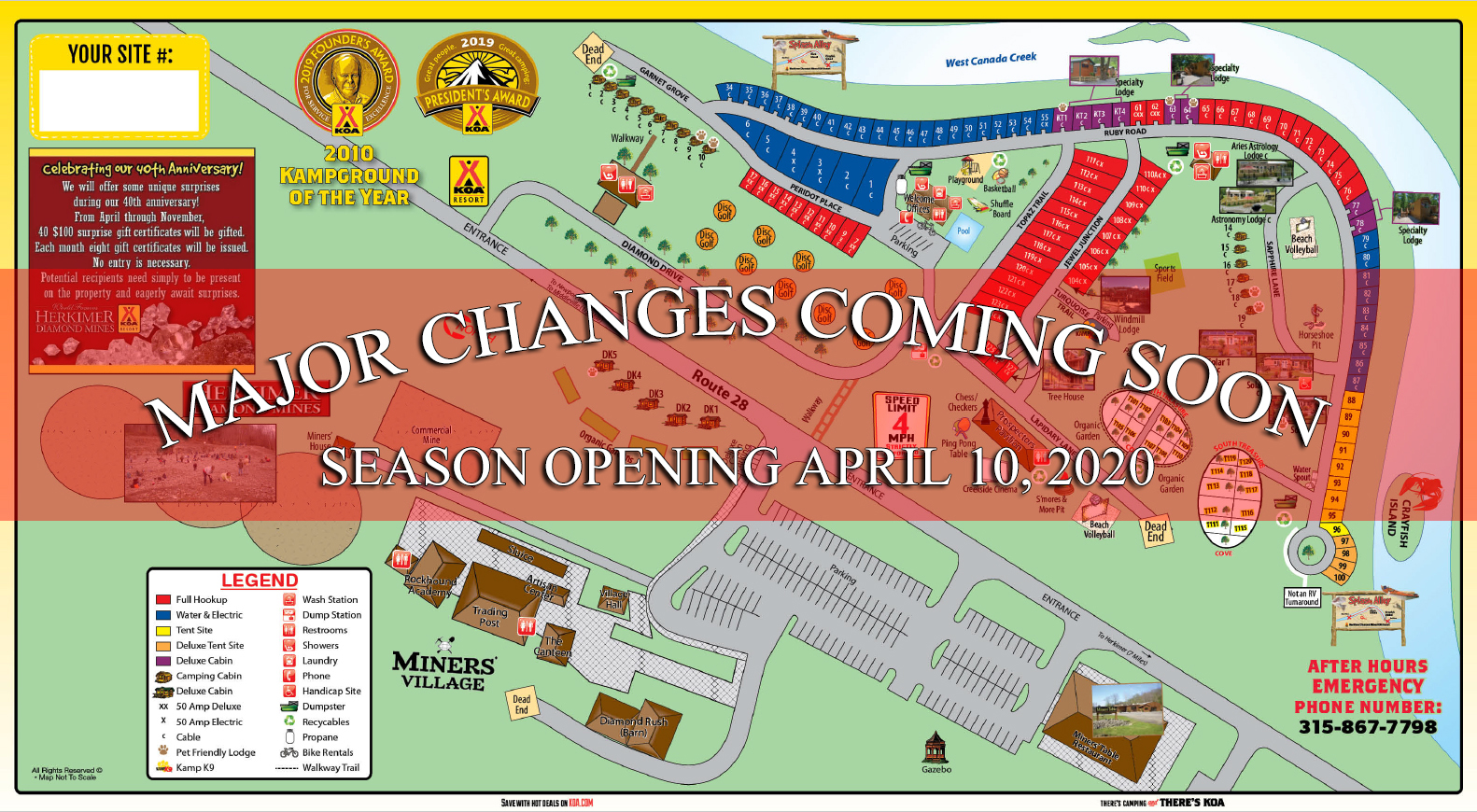 KOA Resorts offer a carefree vacation in the great outdoors. Enjoy robust recreation and staff-led activities, kick back and relax by the resort-style pool, or grab a bite to eat, all while never leaving the campground. And with plenty of RV Sites with KOA Patios™ and Deluxe Cabins with full baths to meet your needs, it’s the ultimate camping getaway. 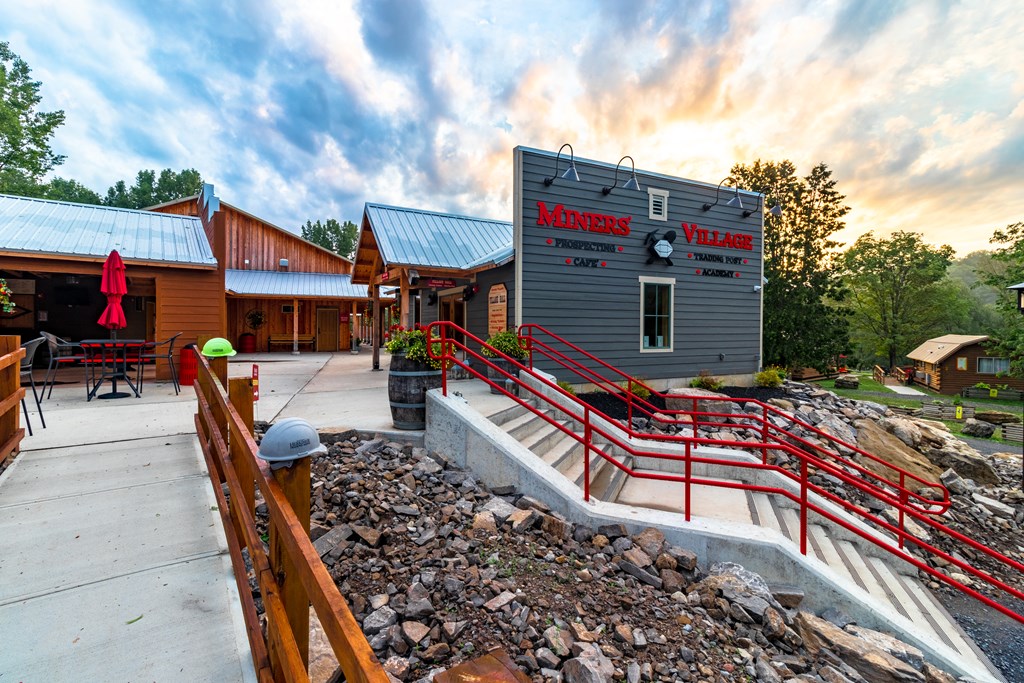 Local officials, visitors, staff members and two busloads of children from West Canada Valley Central School joined Renee Scialdo-Shevat, president and owner, for the ceremony and ribbon cutting and an opportunity to check out the new facilities.

This would have been hard to picture last October after a major fire destroyed the restored 1861 barn that housed the Diamond Mines’ retail, registration, museum and interpretive components.

Despite the loss, the Diamond Mines opened for business that day and continued to operate for the rest of the season.

By the end of the year, plans were under way for a themed Miners’ Village complete with a new registration entry, retail store, educational venue and jewelry activity center, as well as a new café, picnic area and restroom facilities. A local barn has been disassembled and will be reconstructed at the site of the old barn and will serve as a venue for special events.

The new educational wing and barn should be completed by the end of July, according to Scialdo-Shevat.

“Something good came out of something bad and it’s going to get better and better,” said Herkimer County Chamber of Commerce Executive Director John Scarano.

The first priority of the project was to make sure visitors had a place to register so they could go mining for Herkimer Diamonds and a retail store where they could make purchases, Scialdo-Shevat told those who gathered for Friday’s ceremony. Cottages have been regroomed and are in use. The barn came from the property of Laura and Phil Casamento on Higby Road, she said.

She praised her staff for their efforts throughout the process and thanked local officials and her husband, Sam Shevat, and father, Rudy Scialdo, for their support.

State Sen. James Seward, R-Oneonta, praised Scialdo-Shevat for her commitment and determination. He added, “This is a big day for this operation, but it is also a big day for Herkimer County and this entire region of New York state. Having this up and running so soon means a great deal.” He pointed out that the resort draws some 150,000 visitors a year

“Herkimer Diamonds are a geological accident, but what we have here is no accident,” said state Assemblyman Marc Butler, R-Newport. “It’s come back even stronger and will benefit Herkimer County and the Kuyahoora Valley.”

Former Major League Baseball Pitcher Tommy John said he was devastated when he heard about the fire. He added that when he injured his elbow playing baseball, he could have retired from the sport but wanted to be able to go back out and pitch. When he decided to have surgery, he was told he had only one in 100 chance of getting back to pitching.

“You’ve got to take a chance to have any kind of success,” he said.

Mike Gast, vice president of communications with KOA Inc., said there are 500 KOA campgrounds and “everyone knows Renee. She’s the first one to reach out. She’s everybody’s mom.” He added that she is an innovator for the company. “What you see here is the cutting edge,” he said.