From the north / Interstate 196 use Exit 4. At bottom of ramp, turn left (east) and you will find us on the left hand side just past the highway. 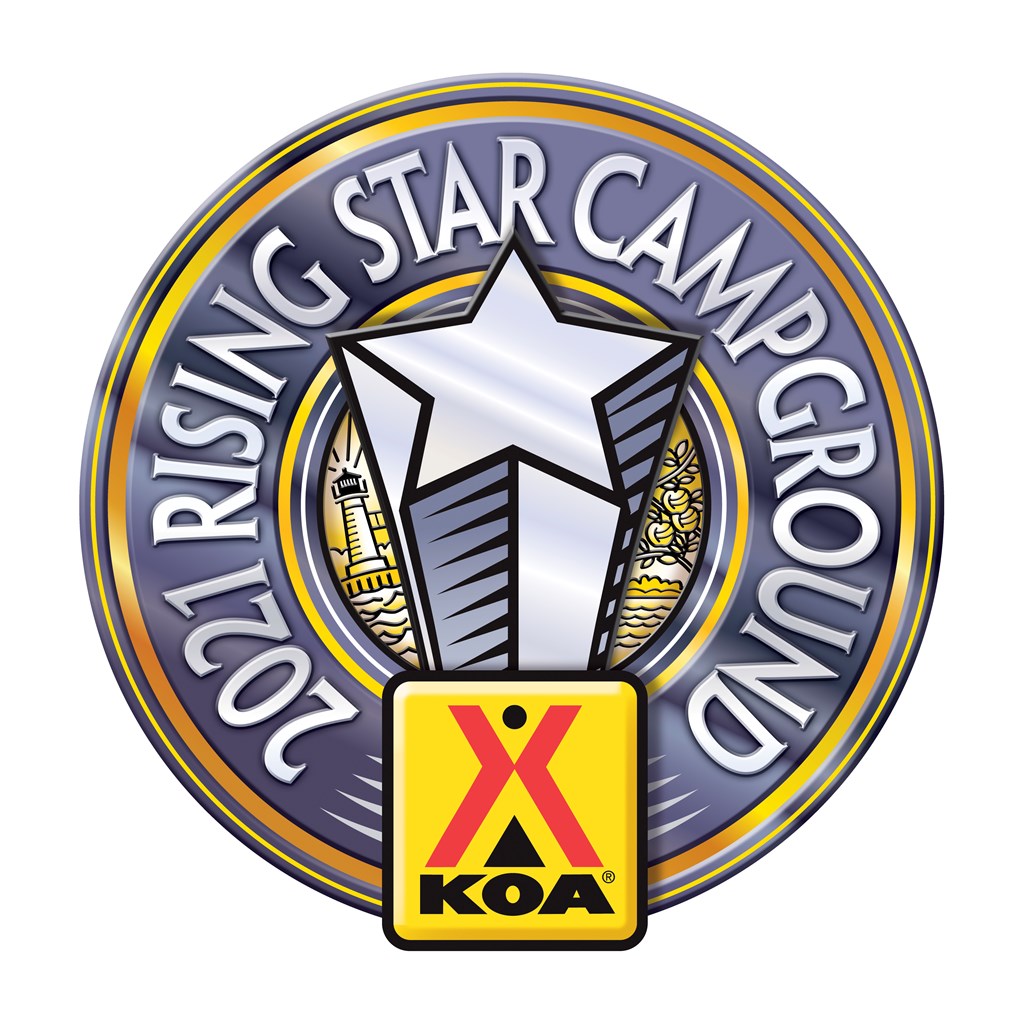 (Updated October 15, 2021) - During its annual convention which was held in November 2020, Kampgrounds of America (KOA) continued its tradition of recognizing one of its franchisees for a highly sought-after, prestigious award.  Although the convention was held virtually online due to public health concerns that existed during that time, the accolades were very real when Mark & Karla Lemoine were named as the 2021 Rising Star Award recipients.

According to KOA, the award has been given annually since 2000 to franchisees that display a special inner drive to succeed from the beginning of their KOA experience.  Award recipients institute smart business practices right from the start to ensure growth and profitability; have a desire to invest in their facilities and services to improve guest satisfaction; and have owned their KOA campground for five years or less.  The Lemoines will forever be part of this elite group.

Darin Uselmen, Vice President of Franchise Services for KOA, stated that that while in past years the selection is competitive between several franchisees that are all doing great things, this year, the Lemoines kept rising to the top of their discussions and became the obvious choice.  The Lemoines are also the first KOA in Michigan to receive this high honor.

Uselmen highlighted that since taking the helm of their KOA in 2016, the Lemoines dramatically improved camper nights and revenue in their park. He attributed their success to the detailed improvement plan they have in place, such as a complete renovation of their General Store & Café in 2017, and investing in their site inventory with the deluxe patio RV sites added in 2018 or the Luxury Glamping Tents in 2019.  They also made enhancements to their services improving guest satisfaction scores and addressed numerous core infrastructure projects that guests rarely see, but which are critical to the overall success of the operation.

Leveraging his past government affairs career experience, Uselmen also recognized that Mark jumped right in to play a role in the opportunity that occurred this past spring during the early stages of COVID-19. Through his active participation in the KOA family, he was tremendously helpful in KOA’s “Reboot, Rebuild and Revitalize” efforts, which demonstrated to state and federal policy makers the industry-based solutions that were developed by the outdoor hospitality industry to promote the health and wellness of our staff and guests.

“Mark and Karla are so very deserving of KOA’s Rising Star Award,” said Uselman, “I have full confidence that they both will not only continue to be rising stars, but will be shining stars for their peers to emulate and follow as the seasons go by.”

Upon receiving the award, Karla shared, “To us owning a KOA is so much more than just owning a business, we treat our guests and staff like a family.”

Feeling blessed with having served more than 50,000 guests over the past four years from all across the United States and 15 international countries, Mark concluded by stating, “It’s amazing what God can do through us when we get out of the way and don’t let fear stop us from pursuing a dream.”

From the north / Interstate 196 use Exit 4. At bottom of ramp, turn left (east) and you will find us on the left hand side just past the highway.