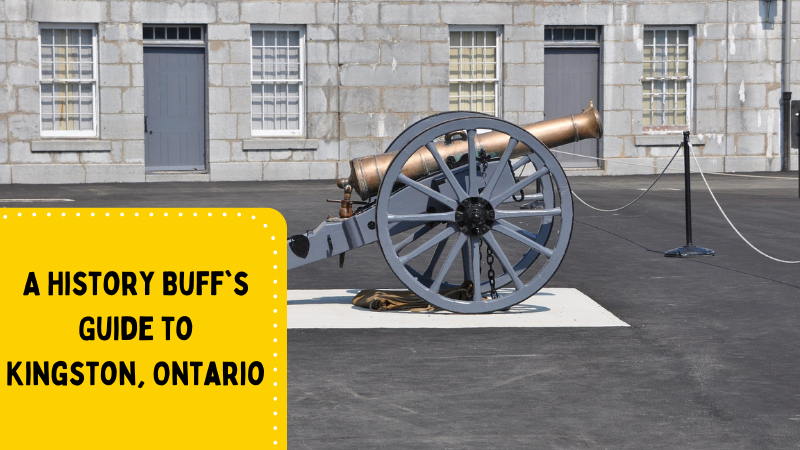 History buffs find themselves at home in one of Ontario's oldest cities — Kingston, Ontario. Kingston is home to many historic sites, educational activities and museums that educate and entertain visitors of all ages.

Learn more about Kingston's historical attractions and activities below.

Kingston Penitentiary is Canada's oldest former maximum-security prison. Its doors opened in 1835, and it became home to incarcerated women, men and children as young as 8 years old. Over the years, it has seen many riots and housed some of Canada's most dangerous criminals.

Tourists can take a guided tour to learn more about the prison's history, including their Express, Standard, Extended, Architectural and Film Tours. Film buffs will enjoy the prison's Film Tour, which focuses on the jail's history of filmmaking and the many movies filmed on the grounds.

Tours are available in French and English, and guests can request a tour with an American Sign Language (ASL) interpreter. Accessible tours and wheelchairs are available upon request for people with disabilities as well.

The Bellevue House was built in 1840 and was home to Canada's first prime minister — Sir John Alexander Macdonald. It was one of the first homes in Canada to feature Italian Villa-style architecture. Interestingly, the house has three main floors separated by multiple levels. It also has an eclectic mix of window styles and shapes and many small balconies.

Children ages 6-11 can participate in the Parks Canada's Xplorer's program on their next visit to the Bellevue House. Grab a booklet from the Visitor's Centre in the old coach house and explore the grounds. Families that complete a particular number of activities will receive a certificate and a collectible souvenir.

Visitors can walk the grounds where the Royal Navy's first wooden warship that launched and sailed in freshwater — the HMS St. Lawrence or the “Giant” — was built. The Walking Tour begins at the Panet House on the RMCC grounds and covers 13 stations created in memory of the officers and seamen who served in Canada's defence from 1812-1814.

Fort Henry's original fortification was built atop Point Henry during the War of 1812. However, the existing structure was built from 1832 to 1837 to protect the naval dockyard at Point Frederick — a major transshipment point between Montreal and Ottawa.

Fort Henry's main tourist season is from May to September, but there are some year-round events. Visitors can enjoy seasonal military demonstrations such as the Sunset Ceremony or grand musical performances like the Fort Henry Tattoo in the summer. During the fall, tourists will not want to miss the Pumpkinferno at Fort Henry, which is available from September through October.

Upper Canada Village is the largest living history museum in Canada. There are over 40 historic buildings to discover and explore, including a bakery, school house and tinsmith's shop. Visitors can interact with historical interpreters and ask questions about the life and trades of the 1860s.

Upper Canada Village is open from May to September. There are also Village Walking Tours available during the spring and summer months. Additionally, from December to the first week in January, “Alight at Night" transforms the village into a magical wonderland with over one million lights.

Explore the many activities and museums in the 1000 Islands easily when you stay at 1000 Islands / Kingston KOA Holiday. Book a stay today! 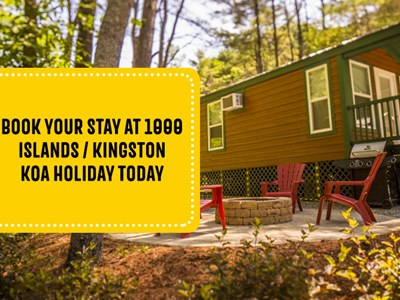