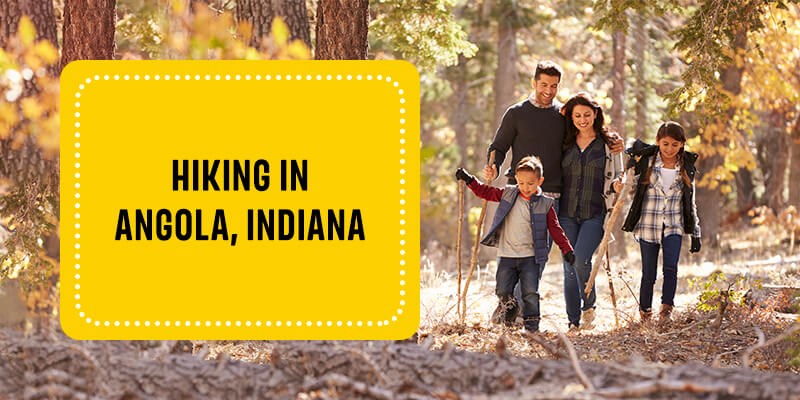 Although it is sometimes necessary and convenient to gather in large city centers, many of us still crave the wide-open spaces of nature — and what better way to experience that than to go on an idyllic hike? If you are looking for hiking trails in Angola, Indiana, here are several fantastic trails for you to explore in the area.

Pokagon State Park is located along Lake James. It is Indiana's fifth state park and is named after the 19th-century Potawatomi Chief, Leopold Pokagon.

As an added perk of completing the Hell's Point Challenge, you can receive a free water bottle and sticker as a prize. Just visit the Pokagon Nature Center where the trail begins and ends and show them pictures of the six different waypoints along the trail.

The entrance fee for any Indiana state park is $7 per day for in-state vehicles and $9 per day for out-of-state vehicles. Thus, you will need to pay that fee before you enter and hike in Pokagon State Park. However, since state park entry fees are calculated on a per-vehicle-basis, there is no entry fee if you bike or walk to the park.

Adjacent to Pokagon State Park is the Trine State Recreation Area (SRA). This area was established in 2013 and updated from an old church camp to include various hiking trails, a welcome center, a boat rental dock and a fishing pier. Two notable trails at Trine SRA include: 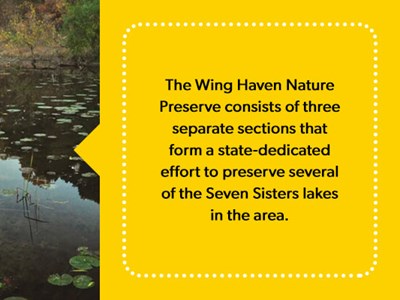 The Wing Haven Nature Preserve consists of three separate sections that form a state-dedicated effort to preserve several of the Seven Sisters lakes in the area. Within one of those sections is a 1.9-mile trail alongside some of those kettle lakes formed from retreating glaciers. The trail takes you through undulating meadows and wooded areas of hickory, oak and red maple.

Various trails wind throughout the McClue Nature Preserve, which features an old-growth forest of red and white oaks, rolling hills, luscious wetlands and a rich display of spring wildflowers.

Within Angola itself lies a 5.5-mile trail fit for walking and biking. The path meanders through the heart of the city, so if you are undecided between checking out the local town life or spending some time in nature, the Angola Trail could provide a happy medium for you!

If you want to take a trip down to the city, Fort Wayne is home to a variety of trails in and around the city, including: 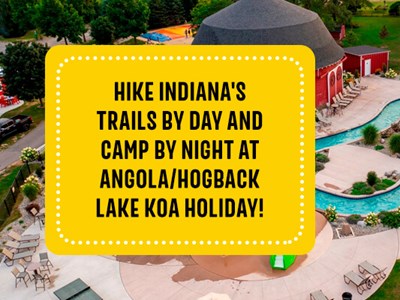 With so many trails to explore, you will need a basecamp where you can refresh and get a good night's rest after a long day of hiking. Situated just west of Angola, our campground at Angola/Hogback Lake KOA Holiday is a great place to set up your basecamp as you explore the various hiking trails in Angola, Indiana, and the surrounding area!

With our recreation options and events suitable for the whole family, you can depend on a fun, safe and classic camping experience when you bring your family to Angola/Hogback Lake KOA. Call us for more information about what Angola, Indiana, has to offer or book a campsite online!