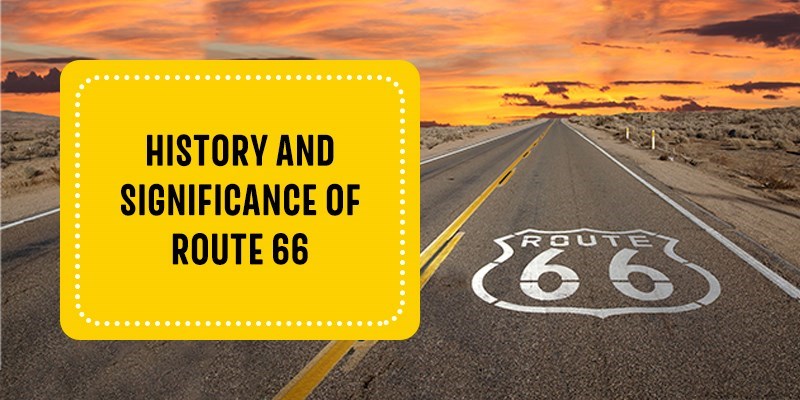 History and Significance of Route 66

U.S. Highway 66 — better known as Route 66 — is one of the most famous attractions in the United States. Both a crucial route of transportation and a symbol of American history, Route 66 is home to millions of travelers each year. The road runs from Chicago to Los Angeles and links a crucial part of the United States.

Route 66 has a vivid history. Read on for more about the significance of Route 66 and its many attractions. 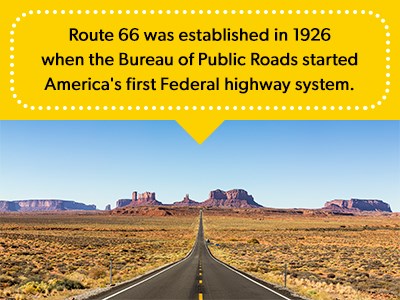 Route 66 was established in 1926 when the Bureau of Public Roads started America's first Federal highway system. It consists of local, state and national roads that are combined into a single, accessible highway. The U.S. 66 Highway Association quickly promoted the route as the best path for traveling between Chicago and Los Angeles.

As the road grew in popularity, small businesses and vendors began opening new locations alongside it. Attractions like hotels, diners and entertainment features began sprouting up along Route 66, which drew more visitors to the highway.

During the Great Depression, many used Route 66 as an exit path from lost homes or businesses. The new travelers actually boosted the highway businesses' popularity despite the poor economic circumstances.

World War II also introduced new travelers to Route 66. It served as a military transport route for moving troops and supplies during the war. After the war ended, traffic increased along the highway as travel restrictions eased. More people were also able to buy cars, which brought more traffic to national roads.

Travel along Route 66 decreased incrementally in the 60s, 70s and 80s with the arrival of five new interstates. These new developments negatively impacted businesses and lodgings on Route 66.

After its popularity decreased, organizations and government officials started campaigns to boost Route 66's status. Many worked to preserve and honor the road's significance. By 1990, Congress passed legislation recognizing Route 66's cultural significance and importance to the United States. Many preservation projects for the road remain active today.

Route 66 continues to be an important symbol of American culture and remains a popular travel destination.

Why Route 66 Is Famous

Route 66 is a crucial symbol of American history. Its legendary fame is due to a variety of reasons:

Route 66's many attractions engage new visitors from across the country and worldwide. It has become a popular road trip destination for many Americans and their families. If you are interested in planning a Route 66 road trip, you have many landmarks to choose from. From dining at a famous restaurant to exploring notable attractions, you are sure to have an exciting time.

These are some Route 66 attractions you will not want to miss: 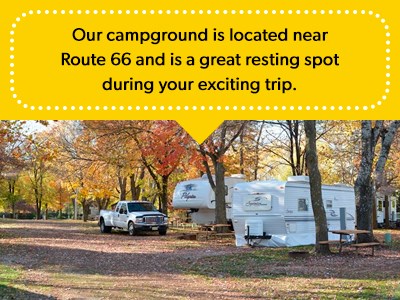 One essential part of your Route 66 road trip is having a place to stay, and Springfield/Route 66 KOA Holiday in Springfield, Missouri, is an excellent option. Our campground is located near Route 66 and is a great resting spot during your exciting trip. Whether you want to park your RV, set up a tent or try a cabin, you have a variety of ways to stay — and with amenities like Wi-Fi, cable TV, a snack bar and a pool, you are sure to enjoy your time here.

Exploring Route 66 is an unforgettable journey. From the road's historical significance to its fun attractions, you and your travel companions can have an exhilarating experience.

If you are planning a Route 66 trip, consider booking your site at Springfield/Route 66 KOA Holiday today. We are close to Route 66, so we are a perfect place to stay if you are visiting for one night or several. You can enjoy attractions like:

To get started, book your campsite today.