From Boston: Take Route 95 North to Portsmouth, New Hampshire. Go left at the split (Exit 4), which will put you on the Spaulding Turnpike (Route 16 North) toward New Hampshire. Follow the Spaulding Turnpike to Exit 16 and follow the signs to Route 125 North toward Milton. Go one block and take your first right onto Flat Rock Bridge Road. At the stop sign, cross Salmon Falls Road and continue driving straight over the bridge to the campground entrance.

How to Eat a Lobster 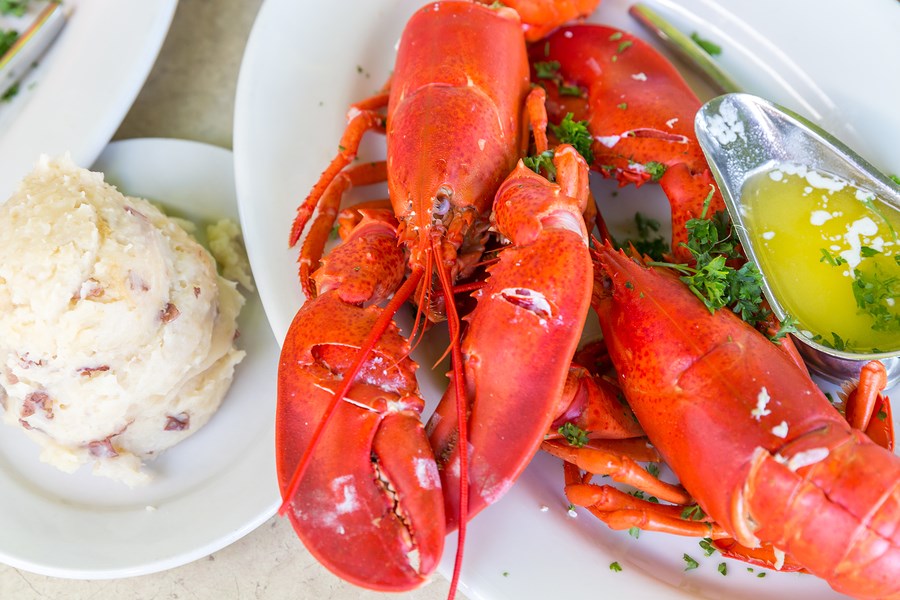 Lobsters are the Maryland blue crabs of Maine and they require the same finesse to be enjoyed properly and efficiently. If you've never eaten a whole lobster before, you might be looking down at this monstrous crustacean unsure as to where you should start. Just follow these steps and you'll be a lobster-cracking pro before you know it.

Grab a bib, a lobster pick and take your lobster skills to Lebanon KOA for our VKR weekend lobster bake on September 19.

The first step is to remove the claws by twisting them from where they are attached to the body.

Next, you want to crack open the claws and pick through the claw meat. The crusher claw, the larger one, might be a little tougher to crack than the smaller pincher claw, so don't be discouraged if you don't get it open on the first whack.

Grab your lobster pick, remove the meat from the claws and dunk it in lots of salty melted butter!

Add some garlic and lemon to your melted butter to take your lobster feast to the next level.

Roll your lobster on its back and unfurl the tail to get to the tail meat, the sweetest part of the lobster. Once you have the lobster tail spread wide open, break the tail away from the body with one big twist.

You may be seeing some gooey green stuff...that's called tomalley and it's the lobster's liver. Some consider it a delicacy, however, mercury and other contaminants are concentrated in the liver, so it would be best to just rinse it off. Now, let's get back to the good stuff: the tail!

Next, you'll want to break off the little flippers at the end. There's a little bit of meat here so don't miss it!

Now, we're going to get at the tail! For this step, you can either shove your thumb into the flipper to force the meat out, or cut open the underside of the tail with a knife.

Finally, twist off each of the lobster's walking legs. It might not look like much, but there's some delicious meat in there too!

The Ultimate Guide to Lebanon, Maine

Fairs to Visit Near Lebanon, Maine