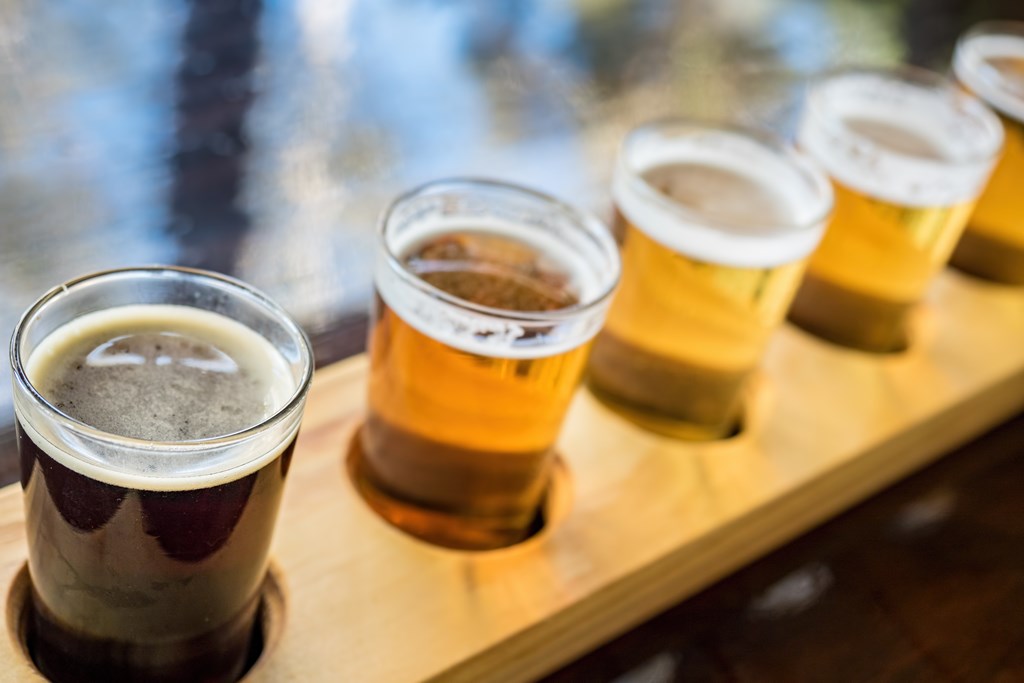 True, Outer Banks West KOA is a beautifully secluded oasis on the Currituck Sound, but that doesn’t mean the finer things in life are out of reach. North Carolina’s oldest microbrewery is just half and hour down the road and there is no shortage of delicious drinks in the local area.

Quench your thirst at one of these spots during your next visit.

Head to Jarvisburg for a little wine tasting or a tour of this beautiful vineyard. They offer a variety of whites and reds, plus a rose and several blends. Sip a relaxing afternoon away at this charming vineyard.

A trip to Outer Banks West KOA wouldn’t be complete without a drip down the road to North Carolina’s oldest microbrewery. You can stop by this sprawling site and grab a bite to eat at the pub, pick up some sausages to take home at the butcher counter or take a tour of the brewery. Grab a pint and a seat on the lawn or take some cans to go.

Stop by this spot in Kitty Hawk to sample some brews, take a tour or grab a bite to eat in the pub. You can try a pint from their diverse beer menu or do a flight to get the lay of the land. They also offer beer to go.

If you’re in Corolla stop by this microbrewery for a pint. They have several flagship beers including an IPA and a lager, with new beers rotating in and out regularly. You can sample their brews on-site or take cans to go.

Visit the historic island town of Manteo for some delicious spirits. You can stop by their location in historic downtown Manteo and grab a bottle of their rum, do a tasting or visit the Wheel House Lounge for a cocktail. If you call in advance you can tour the distillery.

Must do Things During a Visit to Outer Banks West KOA

The Ultimate Guide to the Outer Banks