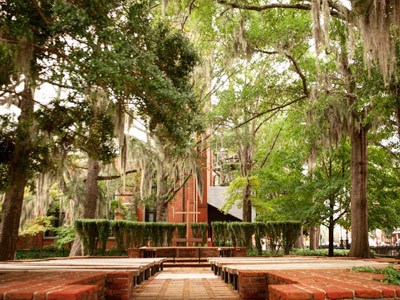 The rich history of New Bern comes to life with our Historic Heritage Walking Tours – a series of self-guided tours you can take at your own pace. Experience our war-ridden past, explore the architectural beauty of our homes and immerse yourself in our Southern hospitality.

Before the Civil War and the Emancipation Proclamation, New Bern’s African American families led educational, business, and religious communities. This region has a rich history of never-enslaved people who were joined by others fleeing or freed from slavery.  Together they educated their children, cultivated their lands, and built their communities into the time of reconstruction. From that period, through continued segregation and discrimination, two world wars, the Great Depression, and into the later twentieth century, New Bern’s African Americans struggled, endured, and prospered. Today, the stories of New Bern’s African Americans speak of a shared heritage with all who have settled in Eastern North Carolina.

Take a distinct look into the vast architectural history of New Bern, which was founded in 1710 by a Swiss nobleman. Beautiful Georgian and bungalow homes, Federal-style buildings, Greek revival homes, Victorian mansions, and more have been restored to maintain their original beauty.

New Bern is blessed with an abundance of beautiful, historic churches, all within walking distance of downtown New Bern. While you marvel at each structure, you’ll be enchanted by the stories contained within.

New Bern is surrounded by a wealth of Civil War history, making it an important player on the stage of Civil War landmarks. New Bern played a strategic role in shaping history in the South during this turbulent era.

This tour is a bi-annual event, the next scheduled date is April 2021. If you like history, fine architecture, and the gracious ambiance of Southern living, you’ll be charmed by these lovely residences. You are invited to take a stroll down memory lane and allow yourself to be transported back in time.

As the capital of colonial North Carolina, New Bern survived a colorful history of revolution and war. Experience first-hand the history of Tryon Palace and learn the stories that helped the country earn its independence.

A Walk To Remember

As any fan of Nicholas Sparks knows, one of the main characters in many of his books isn’t the hero or heroine, but the Coastal North Carolina location. And in A Bend in the Road, The Wedding, and The Notebook, New Bern plays the role of that character. The Walk to Remember tour guides you through fifteen distinct landmarks taken from these best-selling novels and serves as a memorable way to get to know New Bern.

The next time you plan a vacation to North Carolina, consider staying at New Bern KOA Holiday. New Bern has many unique attractions and parks that campers and locals love.

Begin planning your next camping trip by reserving a campsite at New Bern KOA Holiday today!