Google maps works perfectly, do not use Mapquest or your Garmin, they will take you to the wrong Baker Rd.

Keep an Eye Out for These Ohio State Animals 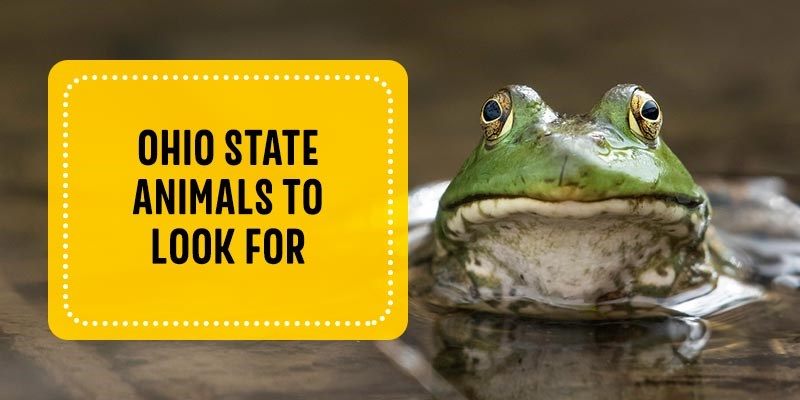 Ohio is home to many fascinating animals. If you plan to visit, here are some facts about Ohio wildlife that you may see during your next stay.

The bullfrog was adopted as Ohio's state frog in 2010. Bullfrogs are the largest frog in the United States, ranging from 3.5 to 6 inches. Even if you do not see a bullfrog, you are sure to hear one if you get within a mile of it. Their loud, reverberating calls travel across ponds, marshes and streams during the spring and summer.

Adopted as the official state reptile in 1995, this snake moves fast and has a painful bite. Farmers love this reptile because it hunts crop-eating rodents. Black racer snakes are present in all 88 Ohio counties, which is why the reptile was selected to represent the state. You can identify the snake from its entirely black, 3- to 5-foot long body.

Spotted salamanders move primarily at night and spend most of their time underground, so you might have to work hard to find one. Ohio officials chose this amphibian to represent the state in 2010. If you look for this salamander, you can identify it by its dark, chunky body and the two rows of yellow spots that line its back. The spots serve as more than just decoration — they also secrete toxins to keep predators away.

The white-tailed deer has been a vital Ohio mammal for centuries. These animals have lived in the Ohio area since the Ice Age and have been crucial to the survival of Native American tribes. Ohio adopted the mammal in 1988. You can commonly see white-tailed deer in forests and nature preserves, backyards, and suburban areas.

These majestic red birds were adopted in 1933 as Ohio's state bird. They are native Ohio animals, spreading across the state as Early European settlers cleared the forests to make homes. Male cardinals have red plumage with a long tail and a crest on their head. Females are a more muted yellow with red tints in their wings and tail.

You can spot many wild animals in Ohio. If you want a chance to see these creatures in person, try camping or lodging at the Shelby / Mansfield KOA Resort. The campground offers a peaceful getaway into nature where you can view Ohio's state wildlife. Reserve a site today.

Google maps works perfectly, do not use Mapquest or your Garmin, they will take you to the wrong Baker Rd.
Connect With Us:
Share This:
Get Google Directions