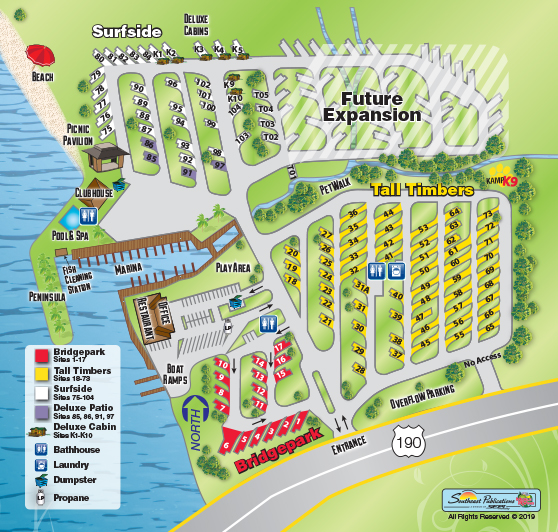 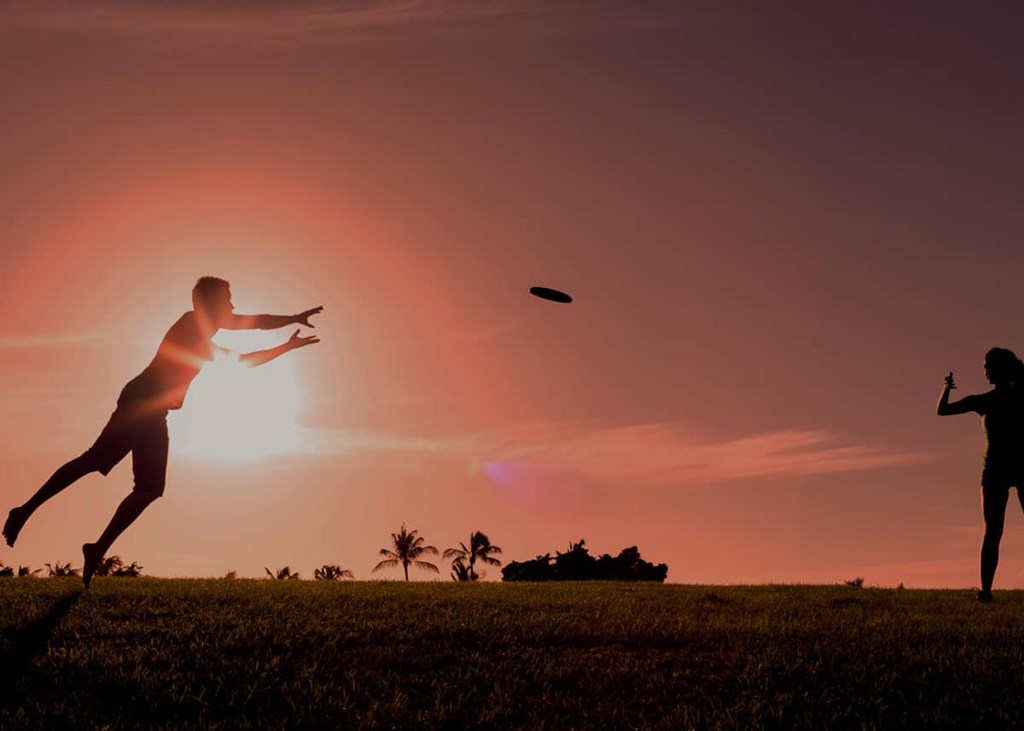 Put Down the Phone!

No cell phones? No longer will a few nights without them seem boring. These camping activities for both kids and adults will make putting down your phones worth it. It could make the difference between a memorable experience and a forgettable trip.

When you and your crew start living in the now and getting to know one another more, the closer you will become and the more fun you will have. So put down your cell phones and get some face to face time at camp!

Just because you are grown doesn’t mean you are too old for camping activities. In fact, this list of 14 fun camping activities will have the adults feeling like a kids again before you know it! From mafia to stand up and shout, there is something on this unique list for everyone in your camping circle. You'll realize that spending time without cell phones doesn’t have to feel like the end of the world.  Don’t let boredom set in when there are so many fun things to do!

For camping trips with musical friends, name that song will entertain as well as amuse. This game has been played for hundreds of years, and there are almost that many variations! Here’s a simple one.

If there is a musician in your group, they begin playing their song of choice. Whoever guesses the song first wins! No one in your group has musical talent? Hook someone’s phone up to your portable speakers and let the games begin!

Although you may love your obscure underground tunes, chances are someone in your group hasn’t heard them. The key to this game is to play songs most people have actually heard. If you are camping with a large group of people, try breaking into teams for even more fun!

Two truths and a lie is a great way to learn more about other people in your group. Not only that, but this camping activity is extremely fun for everyone! If you are camping with people who don’t know one another well, this can be a useful icebreaker game to get the fun started.

Game play is easy. Each person tells two truths and one lie about themselves. Then, other players have to guess which statement is a lie. To excel at the game, draw on experiences that are somewhat unique.

Everyone has had stuff happen that is almost beyond belief. Things like, “once a Poodle saved my life”, “I used to eat paper”, and “the Vice President attended my college”. I bet you can’t guess which one is the lie! Remember, the more creative and vulnerable you are, the more memorable the evening!

This game is a fun camping activity. It is terrific to play around the campfire. The dancing shadows make for some interesting accusations.

Before I get ahead of myself, here’s how it works. One person is designated as the neutral Godfather, and everyone around the campfire closes their eyes.

The Godfather chooses a "hit man" by walking around the circle and tapping their person of choice on the head. When the Godfather has chosen, everyone opens their eyes and campfire conversation continues as normal. Then, if the hit man winks at you, you're out. When you're out, you have to slump over. If someone witnesses the hit they can call out the hit man and win the game. However, don’t be a snitch! If you are wrong, you're also out. The goal is to discover the hit man before everyone is out.

The voting game is another camping activity that can be played in front of the fire. Furthermore, this is another activity that allows you to get to know the people around you better. It works as an icebreaker as well!

This game is kind of like voting on most likely to succeed in high school, except way more fun. Go around the campfire, and each person takes turns asking a question like, “who would beat a bear in a fist fight”? Then, everyone can vote on who they think would beat a bear in a fistfight. When all votes are in, the person who asked the question will announce the answer. You can also go around the circle and cast your vote out loud. Both ways lead to fun stories and interesting perspectives.

Truth or dare is a fun camping activity that is typically thought of as a kid’s game. However, it can be just as fun for adults as well! Just ask the commanders and kings of olden days!

It is believed truth or dare has been played for centuries and began as command games for the powerful. They would ask their subjects a question, and if the leaders did not think the answer was true, they would force them to follow a dare. These days we don’t have to worry about any extremely negative consequences for answering truth or dare.

That being said, know your audience. Offending, calling someone out, or making others feel awkward can end a fun night quickly.

In this fun camping activity for kids and adults, one person is chosen as the designated answerer. The object of the game is to figure out what the answerer is thinking about! Everyone else takes turns asking yes or no questions until they guess the object or run out of questions.

If you are the answerer, try to pick something others in your group have a chance of guessing. It can be fun to completely stump everyone, but sticking with something knowable will lead to a better time! To begin, it is customary to ask if the object is a person, a place, or a thing. Although this takes up 3 of your questions, chances are it is one of the three!

The classic game of mafia is perfect anytime, anywhere. If you have never played, get ready to have some serious fun! This game requires a minimum of 7 people and can handle a max of 24. All you need is one deck of cards. This game can be played anytime you are sitting down. Around the campfire, lunch, or dinner can be great opportunities!

There are many variations of this game, and directions can be found here:

Although you've put down your cell phone, you can still play with a phone! Most of us remember this silly game from our childhood. “I love my runts” quickly turned into “you love butts”. Nowadays, our vocabularies have widened and so have our circles. Game play is easy!

One person starts by whispering a message into their neighbor’s ear. The fun part comes at the end when the last person yells out the message they heard. Be ready for some interesting surprises!

Would you rather is another classic game that gives everyone a chance to have some fun? One of the more interesting of the camping activities for adults and kids alike, you can learn a lot about your fellow weekend warriors.

Charades is an active party game for adults and kids that can easily be made into a camping activity. This game can be played anywhere with 4 or more people and some space. Players divide into two teams. Whoever goes first acts something out. It could be the name of a movie, an animal, or anything really. The possibilities are endless! Then, everyone else tries to guess. The trick is that the acting character cannot talk. They literally have to perform everything. Whichever team has the most points at the end wins. For a unique take on this game, play in front of the campfire. The flames will cast some unique shadows for some fun interpretations!

Who am I is one of those campfire activities for adults that can be played in a variety of ways. All you need are post-it notes, and an idea for who you want to be. You can choose anyone from real life or fiction. Superheroes, cartoon characters, celebrities, historical characters, and politicians are all fair game. The key is to choose people others have a chance at guessing.

Now, stick the post-it to someone else’s back or forehead. Each person now has no idea who they are, and figuring that out becomes the goal of the game. Players do this by mingling around the space, asking others a total of 20 questions to try and guess who they are. This is another great icebreaker for groups wanting to know one another better. Simply make the rule that everyone must ask each person a question.

Stand up and shout is a game of numbers. Count up and remember how many people are in your circle. The more the merrier! Then, each person has to yell out a number, in numerical order, until everyone has shouted. However, there are some rules that make it a bit sticky. Anyone can start, but if two people try to yell the same number at the same time they are both out of the game. To make stand up and shout more frantic, the last person to call out a number also loses.

This camping activity can be played almost anywhere. In daylight, exploring the campsite, and hiking are all perfect times to play this active game. However, it can be much more challenging at night around a campfire!

13. Glow in the Dark Frisbee

Glow in the dark frisbees are made for nights around the campsite. The only other thing you and your companions need are glow sticks. These will give you the ability to see your fellow campers in the darkness. Be careful not to trip and fall, and be especially careful around the fire.

This game is best played in an open area near your site like a parking lot or a meadow. To see better in a more rugged place, use the red light on your headlamp.

Flashlight tag is another one of the most fun camping activities for adults that children also play. You can use your headlamps for this, but real flashlights are a bit easier. One person becomes the seeker, while everyone else goes to hide. Then, the seeker uses their flashlight to tag the hiders.

Even though this sounds like hide and seek, it’s not. There is an extra component. Everyone hiding can change spots whenever they want! For variations, you can put some parameters on the gaming area, or split up into teams.