See Stephanie Quayle at a KOA Near You 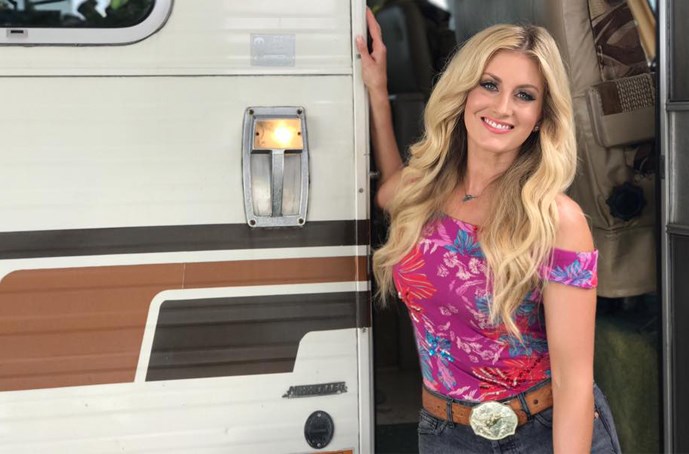 Country Artist Stephanie Quayle is traveling coast to coast for her “Winnebago” Tour and stopping at KOAs along the way!

In celebration of her new single, “Winnebago,” recording artist Stephanie Quayle is kicking off the summer in style with the announcement of her 2017 headlining “Winnebago” Tour: Powered By The RV Loft, in partnership with Kampgrounds Of America (KOA), Winnebago and Polaroid.

The “Winnebago” tour will launch this Saturday, June 10 at CMA Music Fest in Nashville on the Hard Rock Stage at 5:30pm CT. From there, Quayle will crisscross the U.S. performing at KOA locations nationwide– “from the Empire State to the Golden Gate” —all in the comfort of a Winnebago with her Winnie Drop in tow, provided by co-sponsors The RV Loft and Winnebago. On July 17, Quayle will perform for opening day of Winnebago’s 2017 Grand National Rally in Forest City, IA.

We’ll camp out on the open road
From Buffalo all the way to Tupelo
Ain’t never seen the Hoover Dam before
We’ll take a Polaroid picture under Mt Rushmore
I wanna kiss you on the Golden Gate
Hold your hand at the top of the Empire State
Come on baby we don’t have to wait
So whatcha say, hey whatcha say
Hop on in to my Winnebago
We’re gonna go wherever the wind blows

Recently lauded as an “Artist You Need To Know,” by Rolling Stone Country, Quayle will be living out the lyrics to her new single making stops at each of the national cities and landmarks namechecked in the song including Buffalo, Tupelo, the Hoover Dam, Mt. Rushmore, the Golden Gate Bridge, the Empire State Building, and more.

“With ‘Winnebago,’ I love that it’s roll your windows down and sing along,” Quayle tells Rolling Stone Country. “If that song doesn’t make you smile, then I don’t know what will.”

Dates for the 2017 “Winnebago Tour: Powered By The RV Loft” are as follows:

Venues in italics are for registered guests only.

**Additional tour dates to be announced**

To show her appreciation to the citizens who work hard to make this country great, Quayle will perform surprise pop-up shows throughout the tour to support the local communities’ fire and police departments, military bases and various charitable organizations.

“Winnebago” is already gaining early momentum between the coasts at Country radio, spinning in over 25 markets including: Albany, Jacksonville, Orlando, Portland, Monterey and more.

Her commanding live performances have made her a hit on tour, earning opening slots for artists including Lee Brice, Gary Allan, Chase Rice and Jon Pardi among others.  Her first single, “Drinking with Dolly,” hit Top 50 on Billboard Indicator. The music video premiered on CMT, hit No. 1 on the CMT Music 12-Pack Countdown and the single is quickly approaching half a million streams on Spotify. Quayle recently made her debut on the national scene with a performance on FOX & FRIENDS and signed a sponsorship deal with Murdoch’s Ranch & Home Supply which features “Stephanie’s Picks” across the brand’s various digital and in-store platforms. 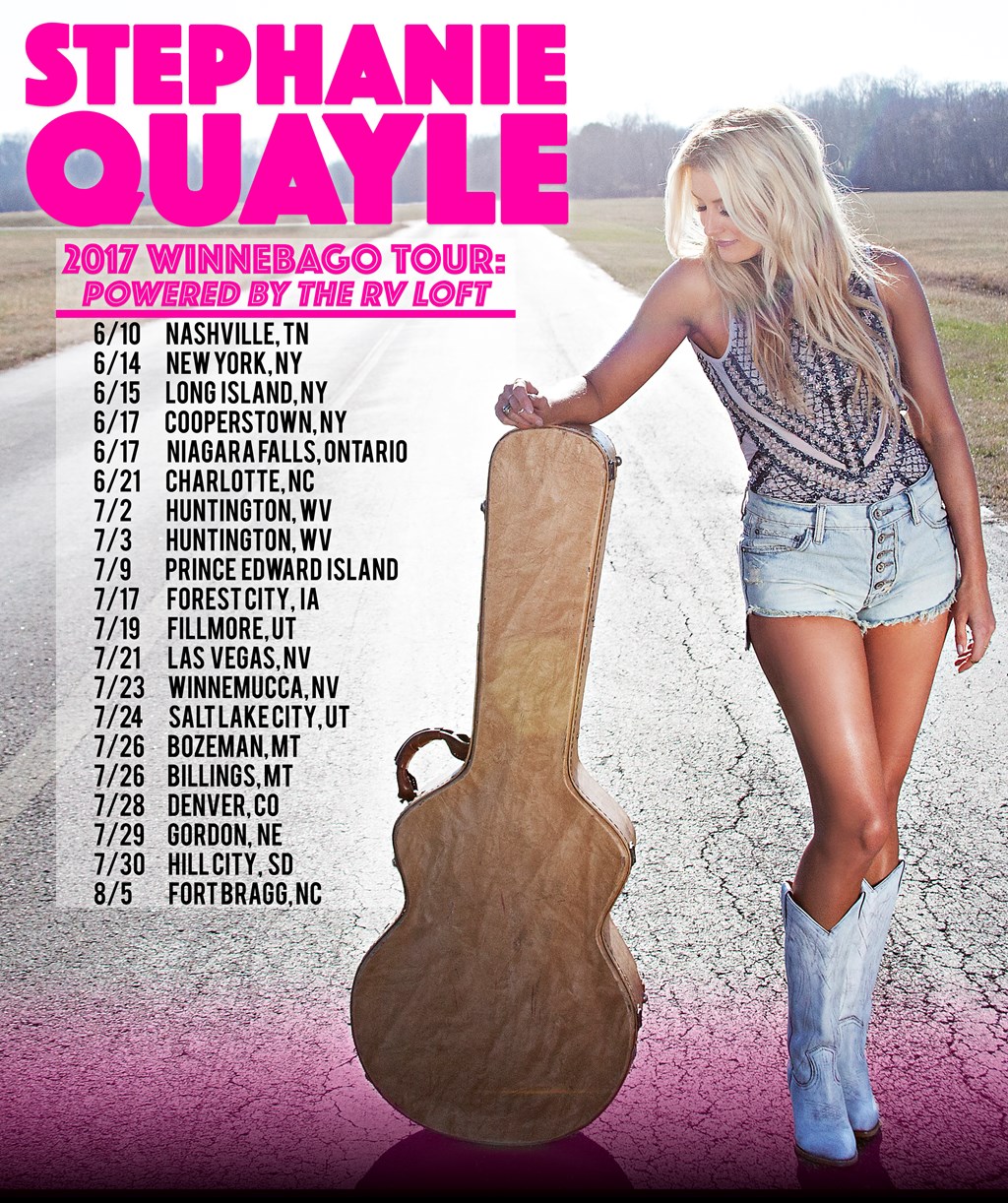