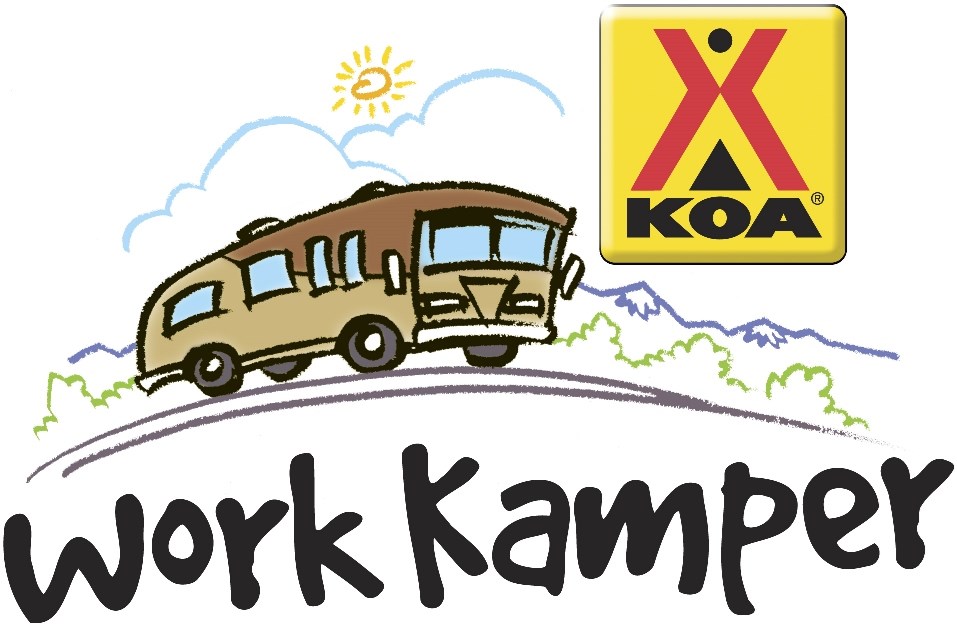 When her father died suddenly at age 57, Michele Gray’s world changed forever. So when she later hit her mid 50s, she decided life was indeed too short not to be lived to its fullest.

She quit her job as a social worker, sold everything (including her sanity, according to friends) and hit the road on a three-month solo RVing adventure across North America.

Along the way, Michele’s occasional missives to her grown children became the basis for a blog they helped her produce. After the trip, she found her blog had an audience, and that audience wanted more.

The blog grew into her first and only book, entitled “Little Big Life,” and the roaming lifestyle she had created for herself has proven to be unstoppable.

“Realizing how fast life goes by really lights a fire under you,” Gray said as she discussed her last three years of travel. “I just cut loose and took the trip. I just bought a camper and pulled it.”

Along the way, Gray stayed almost exclusively at KOA campgrounds, where she said she felt safe. She also started meeting a lot of people who were camping – and working – at those same KOAs.

“All of these KOA Work Kampers loved what they were doing, and it really started to play on my mind after a while,” she said. “They were giving me an insight into an entirely different way to live life. I knew after the trip that I couldn’t go back to a nine-to-five job 12 months of the year. That trip and their stories were a game changer.”

Gray returned to her “home base” near Shreveport, La., but was soon posting her resume and placing applications for KOA campground jobs on the Work At KOA website (www.workatkoa.com). She was quickly hired by the Prato family, owners of the Delaware Water Gap KOA in Pennsylvania. She hitched up her RV and headed north.

She calls those six months at Delaware Water Gap one of the best times of her life.

“I was a front desk person, so I got to interact with so may campers and kids. I was able to dive right in and learn the in’s and out’s of the campground with ease.

“I just love the entire lifestyle aspect of KOA work kamping,” Michele said. “You’re living in the trees, outside all of the time and helping other people have fun. What’s not to like?”
After her six months, she returned to Louisiana, but there was no turning back on her new lifestyle.

“Next, I went to work at 1000 Islands/Association Island KOA in New York and after that I went on to the Bristol/Kingsport, Tennessee KOA. Oh, I’m an All Star Work Kamper now!”

Work Kampers who join more than 1,500 other KOA Work Kamper teams just enter their resumes on the Work At KOA website, where they can also apply for jobs posted by KOA owners throughout North America. KOA Work Kampers also receive free training webinars and other educational opportunities, a free subscription to “On The Road” news from KOA, an invitation to attend KOA “Boot Camps” around the country and can earn their way to be a KOA All-Star Work Kamper, just like Michele.

All-Star Work Kampers who have successfully completed at least one KOA work assignement receive travel certificates, each worth $50, to help with campsite rentals as they move between KOA jobs. They can also receive cash rewards for bringing others into the program.

“KOA Work Kampers are like a village that helps each other,” Michele said. “I never felt isolated or alone. I’d even tell women that they can do this. It isn’t as hard as you’d think, and it’s the best way to live I can think of.”

Gray is now back in Louisiana for the winter, working as a social worker and building up her cash reserves so she can hit the road again this summer.

“I think this time, I’ll head west,” she says. “All I know for sure is that I’m going to be KOA Work Kamping somewhere.”

To purchase Michele’s book, “Little Big Life,” just go to Amazon.com and search for that title, or search for “Michele LaForest Gray.” The book is also available for Kindle e-readers. 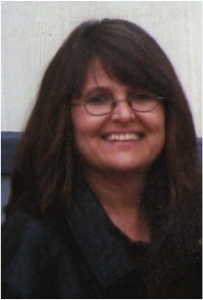 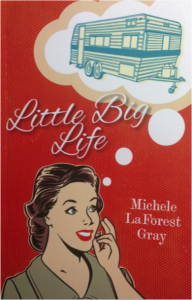